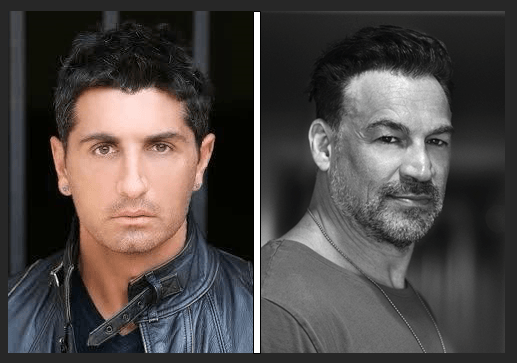 Aleks Paunovic is not a stereotypical tough guy. He is a refreshing anomaly as an actor and a man. He may have started as a bass guitarist in a rock band and as a champion boxer, but he has since played very diverse and well-rounded roles in films like War for the Planet of the Apes and TV shows like Van Helsing, which is coming up on its third season. People may be surprised to learn that this self-proclaimed mama’s boy is a huge fan of musicals and a vocal champion for anti-bullying.

You are Canadian of Serbian and Croatian descent and have achieved the “American Dream.” How do you reflect on your journey so far?

I guess, the best way to answer this is to be okay with failing, and still pursue your dreams. There are people in TV and film that impact me through this little box you watch things on. One in particular being Muhammad Ali. Watching not only his fights, but his integrity and the way he presented himself really affected the way I pursued my acting career. The universe works in weird ways. To think that I have that same effect on people who have seen me on TV or come up to me in person is unbelievable. To have the chance to see the same look in someone’s eye that I would have looking at someone I looked up to is incredible. That’s really special to me, and there is no feeling like it.

Before your illustrious film and TV career, you were a boxer and a musician. Is being a working actor the ultimate pinnacle for you?

It is, but it’s one of those things where you look at the greener grass on the other side. I think about being a heavy weight champion or getting the chance to play at Wembley Stadium with my band, and it’s interesting to think about where my life would be if either of those were the ultimate pinnacle. On this side on the fence though, I’ve had the opportunity to play and create these different roles and stories lines, and that wouldn’t have happened if those other things were the pinnacle. I love where I am, and I love telling stories.

Although you are 6’5 now, you were bullied as a child. Can you talk about that for teenagers who might be going through it right now?

I don’t think size has anything to do with it. It’s more of an emotional struggle, not physical one. When you are getting bullied your brain immediately goes to “What did I do wrong?” We tell kids to stick up for themselves, but when you are at such a developmental age it becomes hard to think past that fast twitch of asking what you did wrong to think of anything else.

On the other side, the bully is also going through something, and the only way he knows how to deal with it, and deal with that pain, is to inflict pain on other.

I was on both, I am a big guy and I would tease and joke with people, and that would intimidate people even though my intention was never to hurt anybody. I had strength over some people both physically and mentally and I didn’t realize this until the tables were turned, but it’s vulnerable not having that power over someone.

I am a huge advocate for Anti-bullying Campaigns to focus on the bully as well, because if we help the bully open up and realize that there are safe places to turn to, there won’t be these bullying situations anymore. Every time I have done this it’s been life changing for them and for me. Just to let a kid know that it’s okay to express your feelings is incredible.

I love Spotify, and I love the ability to click onto someone else’s playlist. They’ve been killing it with “Chill Dinner Music”. It has amazing artists with a chill vibe that’s perfect for a nice drink. I love any Foo Fighters playlist. Any 80’s or 90’s rock alternative from Iron Maiden to Nirvana, or Soundgarden.

Who are a few directors and/or actors that you would like to work with?

I would love, love to work with Coppola. He has got a fun attitude toward work and phenomenal vision. Joaquin Phoenix is such an interesting actor, with an interesting process and I would love to learn just from being around him. For a throwback Brando would be great.

Tell me about your fans when they recognize you in public.

It’s the coolest feeling in the world. I wasn’t used to it. This one time I was at the Pacquiao Vs. Mayweather fight in LA in the beer line, and this big guy walked by, and locked eyes with me. It felt very confrontational especially at a boxing event. This guy walked by, stopped, looked back, and started walking towards me. I was next to this ledge so I put down my beer down, and got in a sort of boxing stance. This guy walks straight up to me and says “Dude,I loved you in iZombie.” I replied with “Dude, don’t come at me like that,” and we laughed it off. I love when fans want to chat, get a pic, and I love doing it for them. It still takes some getting used to.

What would be a surprising fact about you that we may not know?

If there was an Olympic sport for being a mama’s boys I would win gold medalist.

What is your favorite cause or charity?

Currently I am working on a TV series called Snowpiercer, and I am getting ready to promote season 3 of Van Helsing. I’m also a producer and lead on a drama called “Under the Rock” which is still in early development, along with a reality TV show “Music Rescue” which I’ll be the director and producer of.

Trippy, what a question. Well, I love musicals. My favorites are Hamilton, which is a no brainer, and Grease.