Celebrated actor Matthew Modine announced his candidacy for 2019 SAG-AFTRA President to lead the world’s most prominent performers’ union. He’s the first candidate to announce for the presidency. Current president Gabrielle Carteris, who won a two-year term in the 2017 election, has not yet announced whether she will seek re-election. 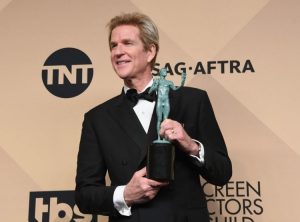 In addition to being an internationally renowned, actor, filmmaker, author and photographer, Modine is a political activist and environmentalist. He’s worked with many of the film industry’s most acclaimed directors on projects including Birdy, Full Metal Jacket, Dark Knight Rises, Married to the Mob, Vision Quest, Memphis Belle, Shortcuts, Showtime’s Weeds and the Netflix global phenomenon, Stranger Things.

“As a current National & Local board member of SAG-AFTRA, it would be my honor to represent all 160,000 members of the union I have proudly been a member of for nearly four decades” said the actor. He continued, “It is a privilege to stand up for our legacy in order to safeguard our future. There comes time when we must work to ensure that current and future membership will be able to enjoy the basic rights and securities our union has always provided. It’s my time to give back.”

Modine has performed on Broadway, The Miracle Worker, in London’s West End, Arthur Miller’s Resurrection Blues directed by Robert Altman, and played Atticus Finch in a theatrical production of To Kill a Mockingbird at the Hartford Stage, which became the most successful production in the theatre’s 60 year history. He has been nominated for multiple Emmys and is the recipient of a Golden Globe Award, Venice Film Festival Volpi Cup and Golden Lion for his work as an actor. He’s the author of the award winning book, Full Metal Jacket Diary.

He has worked in the environmental sector for over four decades. He studied oceanography in San Diego and has been passionate advocate for the health and protection of the world’s oceans and sea life. Bicycling has been his primary form of transportation since moving to New York in 1980. Most of his environmental accomplishments are based on common sense solutions. In the mid-90’s, Matthew single-handedly convinced the William Morris Talent Agency to evolve away from single page script printing to double-sided, effectively cutting industry wide paper consumption in half. He shared this idea of paper reduction with other actors and agencies and double-sided scripts became the industry standard, saving billions of sheets of paper over the years. While working on a film in Ouerzazate, Morocco, he helped to institute a plastic bottle deposit and recycling program. The effort not only cleared the desert of discarded bottles, but provided young kids that collected the bottles with pocket money (as it did for Modine when he was a boy). He is the founder of Bicycle for a Day (BFAD), whose mission is to encourage bicycling as a way toward better health and environmental sustainability. BFAD’s first event attracted some 14,000 participants.

Presently, he is working on his global DO-ONE Campaign, a viral video campaign which encourages and empowers individuals to “do one” thing every day to reduce wasteful behaviors. Modine has served on the board of NYC’s Transportation Alternatives, Madison Square Garden’s Garden of Dreams Foundation, Lustgarten Pancreatic Cancer Foundation, Van Cortlandt Park Conservancy, Bronx NY, and the Director of Humanitarian Activities for Twisted Sun, Inc. and the acting President of Hyper Chariot. Matthew founded CardCarryingLiberal.net, a grassroots movement dedicated to human rights. In addition, Mr. Modine is an avid supporter of The Wounded Warrior Project, Purple Heart Foundation and God’s Love We Deliver. 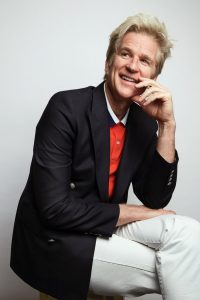 YOU CAN SUPPORT MATTHEW MODINE’S CAMPAIGN FOR SAG-AFTRA PRESIDENT

You can find out more about Matthew Modine by visiting his website.
Photo Credit: Mackenzie Stroh