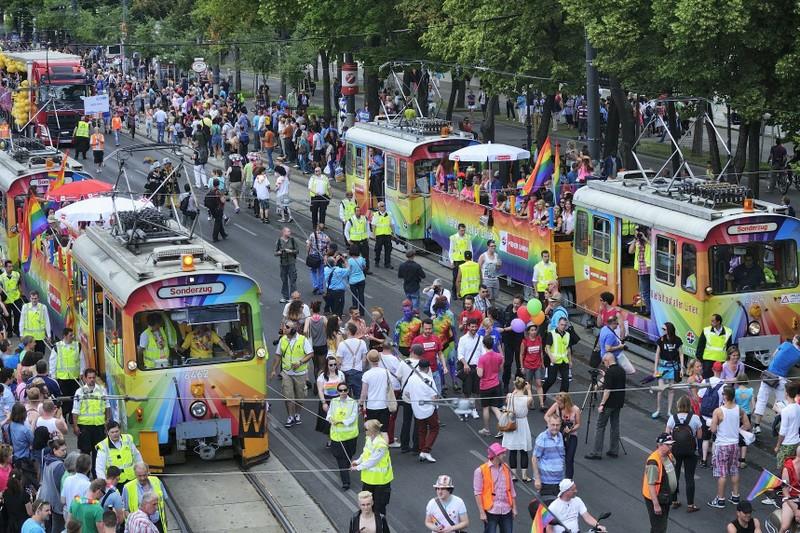 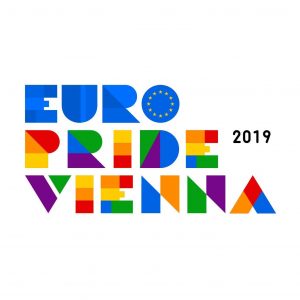 Vienna, Austria is THE place to be this year for Pride Month. In commemoration of Stonewall’s the 50th anniversary, EuroPride returns to Vienna, the city that hosted the event in 2001. The theme of this year’s event which is slated from June 1st through June 16th is “together & proud”, inviting everyone to participate, get involved and realize their vision.

EuroPride is the big joint Pride event of the European LGBT community. It takes place in a different European city every year and attracts visitors from every corner of the globe. Vienna was chosen to host the EuroPride 2019 by the European Pride Organizers Association (EPOA) in 2016.

For EuroPride 2019, the non-profit company Stonewall GmbH was founded. Its purpose is to organize various larger events in addition to the Pride Parade and the Pride Village as well as to strengthen existing and build new partnerships within and beyond the LGBT community.

GmbH’s primary goal is to promote the visibility of lesbians, gays, bisexuals, transgender people, intersexual and queer people. They aim to give LGBT people and groups, the opportunity to participate in the Pride events organized by Stonewall GmbH to make a mark of pride and send a much wider message of diversity and acceptance to the world. Their objective is to embed the Rainbow Parade in a broad program of cultural and social activities that will not only benefit the Viennese people but also attract visitors from all over the world. Further, they provide the community with resources and opportunities to develop artistically and politically, as well as involving people and groups from outside the LGBT community who share similar interests.

I reached out to The Federal President of the Republic of Austria Alexander Van der Bellen, and he sent me a genuine, heartfelt and beautiful statement, “Our country stands for openness, diversity, respect and acceptance. Austria, that is all of us. This includes the joy of colorful otherness. That makes our society more free, more equal, more human.” He continued, “I wish all the participants an interesting EuroPride 2019 in Vienna.”

I also reached out to Vienna’s Mayor’s office and heard back from Jürgen Czernohorszky, Executive City Councilor and responsible for the Viennese Anti-discrimination Unit for LGBTIQ people. He said, “As City of Vienna we emphasize that every single person has the right to live however and love whoever they want, and that public space belongs to all citizens. It’s our duty to promote respect, acceptance and safety towards all citizens. Therefore I am very proud that Vienna is the host city of EuroPride 2019 and together with guests from all over Europe we will send a strong signal of pride und togetherness to Europe and beyond.”

I also contacted the European Pride Organizers Association (EPOA). “2019 is a very special year for our movement and EuroPride in Vienna will see the LGBTI community from across Europe come together to mark the fifty years since Stonewall. It’s also significant that we are in Vienna; as central and eastern European countries see increases in far-right and nationalist politics, Vienna’s location means that we can send a strong message of solidarity and equality to LGBTI people across this region” said Kristine Garina, President of EPOA.

She added, “We are delighted that President Van der Bellen will speak at EuroPride. This is the first time a head of state has attended EuroPride, and in the year that Austria sees its first same-sex marriages, it is a welcome show of support.”

More than one million people are expected to attend the historic two-week festivities with thirty official Pride events, produced in cooperation with Vienna’s historic landmarks and tourist attractions. EuroPride Vienna 2019 is many different things at the same time: a political rally, a celebration of LGBT life in Europe, the 50th anniversary of the Stonewall Riots and an opportunity for the community to exchange ideas internationally.

“LGBTIQ people are present in every area of life and have different characteristics, attitudes or interests, just like all people. LGBTIQ people cannot be categorized. This is exactly what EuroPride Vienna stands for and represents in its events, whether you are an art and culture lover, sports enthusiast, cinema fan or want to join one of our special family activities.“ said Katharina Kacerovsky, Managing Director, Stonewall GmbH.

On June 15th, 2019 the Viennese Rainbow Parade will pass along Wiener Ringstrasse for the 23rd time, representing everyone, gay, lesbian, bisexual, transgender, gender non-conforming, gender-queer, straight, cisgender, intersex and queer people. A moment of remembrance will take place at 3PM. The entire parade will pause and observe a moment of silence to remember those who can no longer celebrate with us.

A conference is scheduled during the two-week programming on LGBT issues, in collaboration with the Vienna Anti-Discrimination Agency for Same-Sex and Transgender Lifestyles (WASt). Organizers plan for it to be the largest conference on LGBT issues in Austria to date. Although Vienna does not have a predominantly LGBT neighborhood, there is a vibrant and diverse LGBT scene centered on Naschmarkt, which connects the fourth and sixth districts. 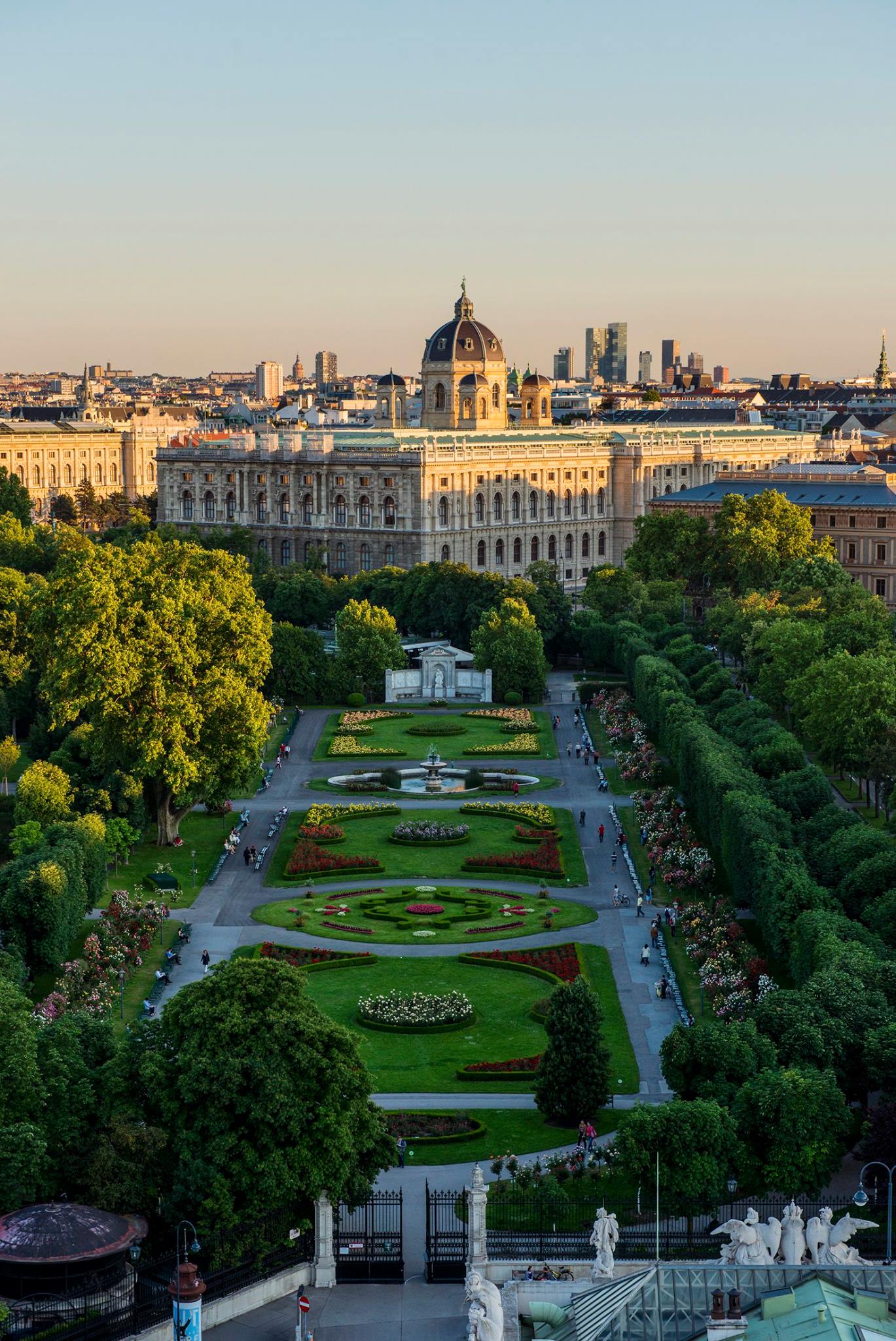 In the last twenty years, numerous annual major LGTB events have been established in Vienna. These include the Wiener Regenbogenball and the Rosenball, among the more than four-hundred balls that take place during the carnival season in Vienna. The queer film festival “Identities” takes place every two years, and the International Queer Minorities Film Festival “Transition” every year. With “Wien in Schwarz”, the fetish scene gets together every year, and Vienna Pride with its Pride Village and Rainbow Parade is the absolute highlight of the LGBT annual calendar.

With its successful blend of imperial tradition and contemporary creativity, the Austrian capital has established itself as a major travel destination.

LGBT rights in Austria have advanced significantly in the 21st century. Registered partnerships were introduced in 2010, giving same-sex couples some of the rights of marriage. Adoption was legalized in 2013, while full joint adoption was legalized by the Constitutional Court of Austria in January 2015. On 5 December 2017, the Austrian Constitutional Court decided to legalize same-sex marriage, and the ruling went into effect on 1 January 2019.

Vienna, Austria’s capital, lies in the country’s east on the Danube River. Its artistic and intellectual legacy was shaped by residents including Mozart, Beethoven and Sigmund Freud. The city is also known for its Imperial palaces, including Schönbrunn, the Habsburgs’ summer residence. In the MuseumsQuartier district, historic and contemporary buildings display works by Egon Schiele, Gustav Klimt and other artists.

I have been to Vienna before and visited Austria’s countryside extensively. Österreich is a magnificent country, with abundance of natural beauty, historic architecture, stunning countryside, rich music tradition and very friendly locals. 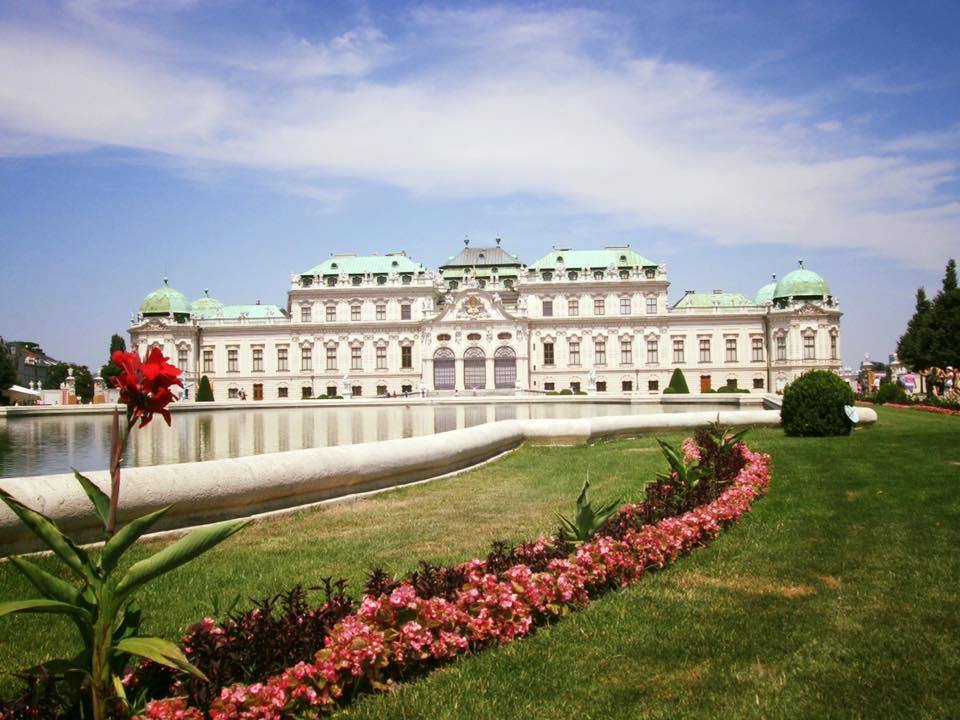