RACHEL LORIN: ONE NIGHT ONLY AT WEST HOLLYWOOD’S LEGENDARY WHISKY A GO GO 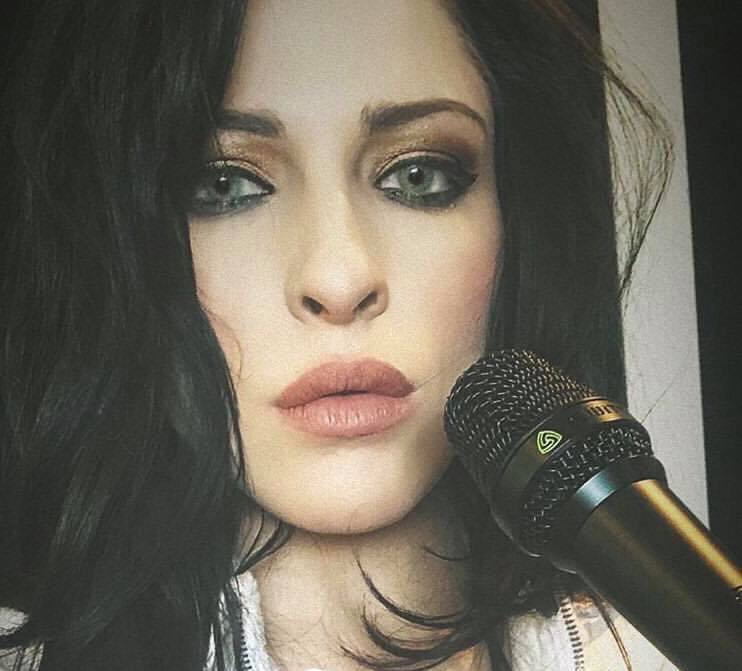 Singer Rachel Lorin, known for her charting son “I Hate You”, will perform at West Hollywood’s iconic club, Whisky A GoGo this Wednesday, April 3rd, at 8PM. The show will be Live-Streamed Worldwide via RYouLive (www.ryoulive.com).

Rachel’s NYC show will be the following week on April 11th. Her shows are in support of her new full-length album, “Worship The Unbroken” due to be released later in 2019. The first single, “Under My Skin” will soon debut with an accompanying video. 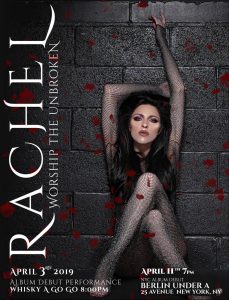 The live shows and streaming event will be offered free. RYouLive is also available via free download at iTunes or Google Play.

Drawing on influences as diverse as Muse and Panic! at the Disco. The 10-song album combines Rachel’s multi-octave vocal power with complex musical layering for a sonic experience.

Rachel has toured extensively over the last few years and will be announcing new dates soon with the yearly Wisconsin Rock Fest already booked for summer 2019. Rachel will share the festival stage with bands such as Evanescence, SKILLET, Marilyn Manson and others.

MORE ABOUT WHISKY A GO GO

Whisky a Go Go is a nightclub in West Hollywood, located on the Sunset Strip. The club has been the launching pad for bands including Iggy And The Stooges, The Doors, No Doubt, System of a Down, The Byrds, The Germs, Buffalo Springfield, Steppenwolf, Van Halen, Johnny Rivers, X, Led Zeppelin, KISS, Guns N’ Roses, Linkin Park, and Mötley Crüe. In 2006, the venue was inducted into the Rock and Roll Hall of Fame. www.whiskyagogo.com