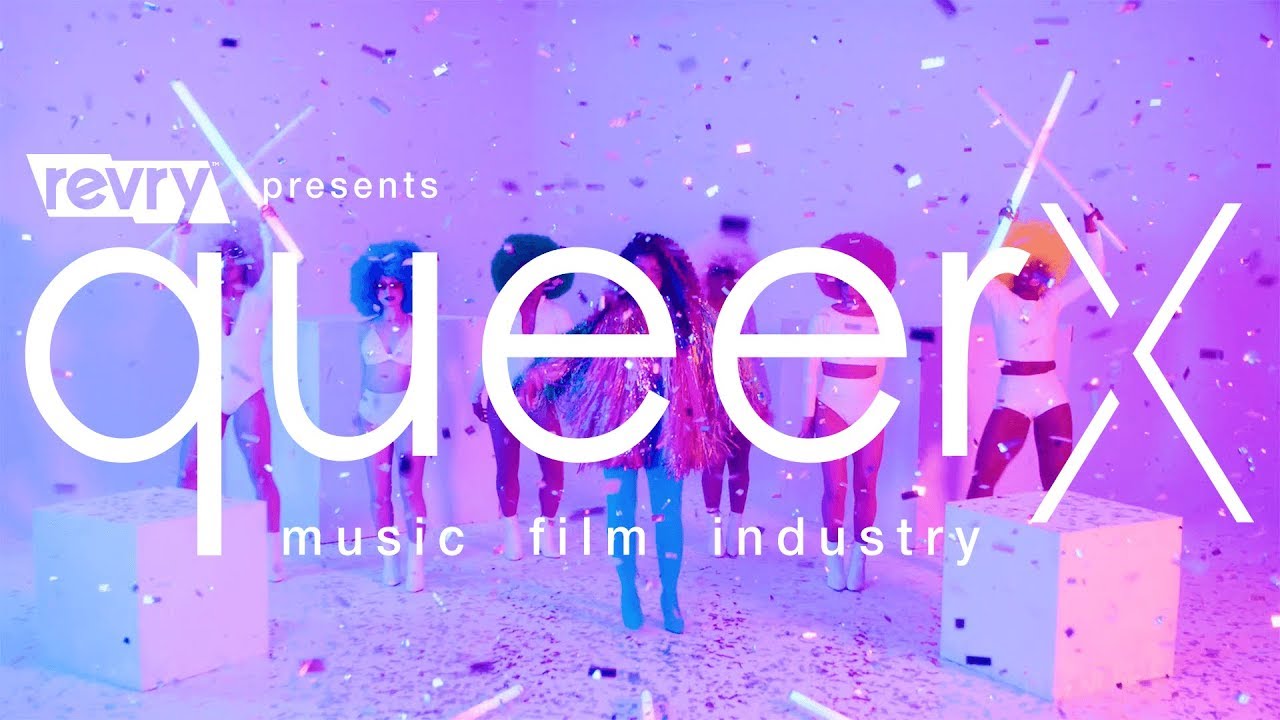 The festival kicks off Friday night with an exclusive industry party and concert at the iconic Whisky A Go Go headlined by Billboard’s Artist of the Month, Brooke Candy with her RuPaul’s Drag Race alumni backup dancers Laganja Estranja and Gia Gunn, along with Jordy and Davy Boi and a Billboard’s top 10 LGBTQ surprise artist making their first LA concert appearance.

QueerX continues Saturday and Sunday at The London Hotel West Hollywood with its competition screenings and the Revry Summer Preview including Laura Linney’s World Premiere of Sink Sank Sunk and GLAAD “Rising Star Grant” recipient River Gallo’s PonyBoi, created by and starring the first out intersex person in the history of cinema (produced by Stephen Fry and Emma Thompson).

Saturday night’s Centerpiece Screening is LA’s premiere of the YouTube Original State of Pride starring Raymond Braun and directed by 2x Academy Award winners Rob Epstein and Jeffrey Friedman (The Times of Harvey Milk, The Celluloid Closet) that opened this year’s SXSW. State of Pride takes an unflinching look at the significance, controversy, and meaning of Pride for young people 50 years after the Stonewall Riots. It follows Raymond Braun, called “one of the preeminent activists of his generation” by OUT Magazine, on a road trip to big cities and rural towns across the United States as he experiences Pride and interviews individuals for whom the event marks a pivotal moment in their personal journey.

The festival concludes with the star-studded Revry Visibility Awards and closing night party hosted by the Tourist Office of Spain honoring Nikita Dragun, Raymond Braun and Ryan O’Connell. Nikita shares, “This is an incredibly monumental year for me. I launched my company Dragun Beauty becoming the first Trans owned brand for Trans people and all people. I’ve pushed representation by living visibly and unapologetically. To have the support of my community means the world to me because everything I do is for them! Live your fantasy.”

QueerX is the intersection of music, film and industry. Inclusive of all identities, the festival pushes boundaries the same way our community does by fostering connection and empowering queer voices. Originally founded as Out Web Fest in 2016, QueerX is a one-of-a-kind festival created by and for the global queer community. www.queerx.com

Revry is the first queer global streaming network, available in over 50 million homes in over 100 countries, with a uniquely curated selection of LGBTQ+ film, series, and originals along with the world’s largest queer libraries of groundbreaking podcasts, albums and music videos. Revry is available worldwide. Headquartered in Los Angeles, Revry is led by an inclusive team of queer, multi-ethnic and allied partners who bring decades of experience in the fields of tech, digital media, and LGBTQ+ advocacy. Follow on Facebook, Twitter, and Instagram @REVRYTV. Go Online to: www.Revry.tv.

QUEERX: THE FUTURE IS QUEER