For those who don’t know her, Sepi Shyne is as a lesbian Iranian-American attorney, married to an African American (actress-writer Ashlei Shyne). She is running a people-powered campaign as a West Hollywood City Council Candidate , without accepting a single penny from big developers.

Sepi was born in Iran and spent the first few years of her life in fear of the Islamic Revolutionary Guard watching her family’s every move. She witnessed women’s rights trampled as girls were not allowed to be in the streets with men or boys who were not family members. So she cut her hair short and pretended to be a boy to play soccer with the neighborhood kids. She recalls kicking the ball around under the hot Tehran sun just as vividly as she remembers fleeing the country with her parents, escaping to the United States for a better life.

After coming out of the closet in her junior year of High School, she was bullied by other students and repeatedly called a dyke. The school counselor was no help and told her to go kiss a boy in the yard to prove them wrong. Instead, she chose to be more out and proud and came out to her family. It was difficult for them initially, but with patience and her work of educating them, they grew to tolerate, then accept and now advocate for her.

During her second year of college, she had a homophobic experience that became a defining moment. While sitting with her then girlfriend holding hands in a “gay-friendly”, she noticed unwelcome stares and hostile looks by the manager. She had a bad feeling and the next thing she knew, a police officer and the manager were standing over them. They were shocked and terrified when the police officer said, “The manager doesn’t want your kind in his establishment, you have to get up and leave” as he blew a kiss and winked at her. 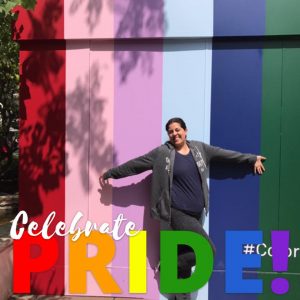 Sepi has been an LGBTQ+ civil rights advocate ever since.

Shortly after her graduation from Law School, Sepi was elected to the board of Bay Area Lawyers for Individual Freedom, where she worked to mentor and educate young LGBTQ+ law students and lawyers.

She moved to Los Angeles in late in 2007, and was elected to the board of the LGBT Bar Association of Los Angeles, and then elected Co-President in 2008. This was a pivotal year for the community with the disastrous Prop-8 on the ballot. She helped to raise thousands of dollars to support the NO on Prop-8 campaign.

In addition to her advocacy work with the Human Rights Campaign, she was appointed to the City of West Hollywood’s Lesbian & Gay Advisory Board. As a member of the board, she helped to organize the world’s first city-sponsored Bisexual Pride event.

As a lesbian, Iranian immigrant and woman of color, she didn’t plan to run for office. But she changed her mind after witnessing that the most basic rights of LGBTQ+ community were under attack and hateful legislators started chipping away at the foundation of our democracy.

She is running because the rent is too high, and wants to expand protections for renters against unjust rent hikes and predatory evictions.

She is running to deliver comprehensive solutions to the homeless crisis, by going right to the source: lack of affordable housing and good, mortgage and rent-paying jobs in West Hollywood.

She is running to prevent climate disaster by making City of West Hollywood a model for the future, leading the way with green energy and green jobs while reducing traffic by taking cars off the road and adding mass transit opportunities.

She is running because our immigrant friends and neighbors deserve the same shot at the American Dream and whether they be Russian, Iranian, South American, or from anywhere else.

She is running because she believes in justice for all. Social justice, economic justice, and climate justice. Justice for our black and brown families, friends and neighbors. Justice for our transgender, non-binary and non-conforming family, who are disproportionately impacted by the lack of public health services and affordable housing.

She is running a people-powered campaign, without accepting a single penny from big developers. She is proud to have the support of many leaders and organizations, including the Stonewall Democratic Club, West Hollywood legend Ivy Bottini, Planning Commissioner John Erickson, Women’s Advisory Board Members Carla Romo and Jenner Deal, Transgender Advisory Board Chair Alexis Sanchez, and Lesbian & Gay Advisory Board Co-chairs Lauren D. Costine, Jason Frazier and Congresswoman Katie Hill, Co-Chair of the LGBT Equality Caucus.

City of West Hollywood Elections is on Tuesday, March 5th, 2019. 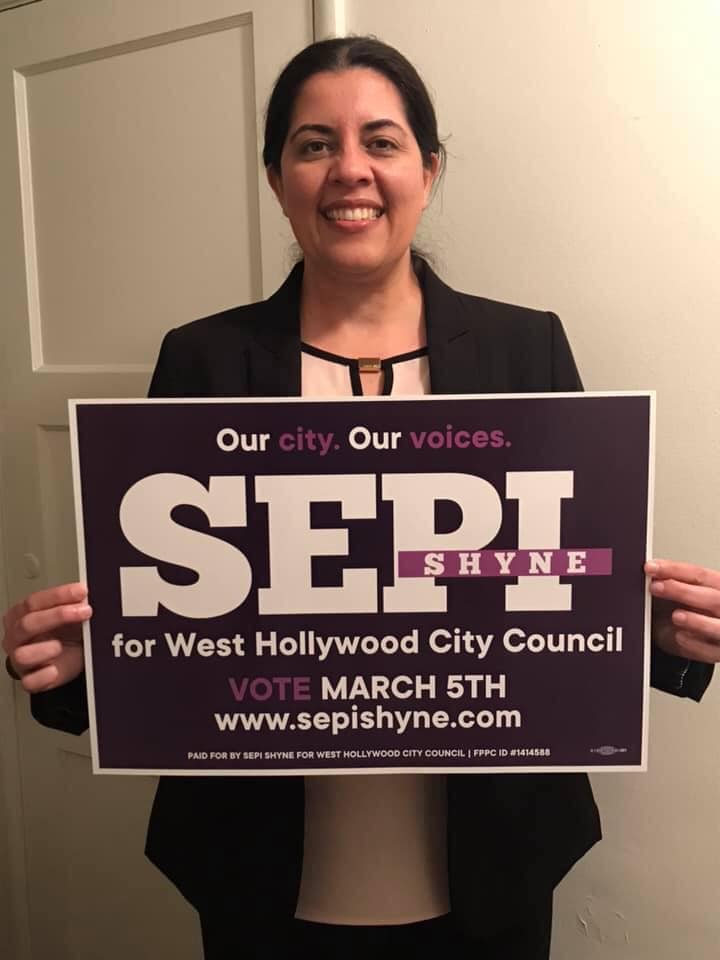