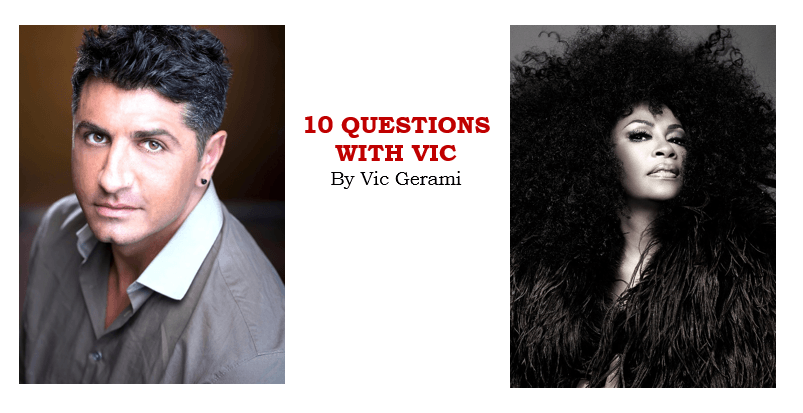 Recently honored as “Crossover Music Icon” by Black Music Honors and ranked by Billboard as one of the Greatest Dance Artists of All Time, Jody Watley reigns supreme at the 30th anniversary of her Grammy award-winning debut album. Her versatility in music genres and mastering other entertainment media make Jody incomparable and her iconography one-of-a-kind.

Down to earth, mellow with a splash of intensity and fabulous and a great sense of humor and wit – I laugh a lot and quips come from me that I’m like – ‘what’s that about shy girl?!’. People are always surprised at how nice I am..they expect ice queen…though I can go there when necessary.

How does it feel to celebrate the 30th anniversary of your Grammy Award winning debut album?

I don’t think of time. And honestly it doesn’t seem that long ago – it’s awesome and I’m still a thrill! I’m very sad about George Michael. As you know we did a duet together on my debut. We met in the UK when I did Band Aid ‘Do They Know It’s Christmas’ with him and other British pop stars.

How is nightlife in Los Angeles different than other major cities?

Los Angeles seems more superficial than other cities. Thankfully my friend Bryan Rabin created Giorgio’s on the Sunset Strip in The Standard where you can go for a twirl – really hit the dance floor to great music and not worry about people taking pictures all night.

I’m a longtime homebody. Introvert, and now that I’m an empty nester with one college grad living in the bay (my daughter) …and my youngest (my son) in NYC soon to be a grad. I still have habits of cooking a good dinner, lighting candles. Peaceful. good music, not a lot of TV but sometimes Project Runway. Sometimes ‘Snapped – always glad I pulled myself together and never did anything diabolical after watching ‘Snapped!’ I have a few friends where we have breakfast get together, I like that, low key stuff… Pancakes, egg whites and ‘tea’ 🙂

I’m still enjoying ‘A Moon Shaped Pool’ the most recent Radiohead album. Their music is calming. I’m obsessed with Nora En Pure on the dance tip, Bonobo.. I like dance and electronica..jazz..and course everything else. Oh – and Robert Glasper is awesome fusing jazz and hip hop. Love that also Kaytranada..Pablo Nouvelle has a brilliant song called I Will ft, Sam Wills, that I love…and anything Rihanna.

Tell me about your LGBTQ+ fans?

They are the best and most loyal. And will cut a troll like a sharp sushi chef up on my social media pages!

Anything for children, LGBTQ, civil and human rights. Of course I’m proud as well to have been on the forefront of HIV/AIDS Awareness with projects like Red, Hot & Blue..I did the first AMFAR for Elizabeth Taylor when it was a small event at the Four Seasons in Beverly Hills, DIVA’s with Sheryl Lee Ralph, and tons more. Before it was really mainstream.

My mother – she’s gone through so much – overcome heroin and crack addition. From dolman sleeves to prison blues to working with those who have been in her shoes. she’s now in her 80’s and I just marvel at her and proud she overcame her demons. People don’t know that side of my life. I’ve been protective of her but now she sees how it can be an inspiration to others.

Working on the debut album with my new group SRL. It’s titles “Bridges’ — I also have a new folk duet of all things with Peter Harper called ‘A Million Miles’ – current single ‘Sanctuary’.. all sorts of stuff and working on my memoirs. Though RuPaul advised me to pitch it as a movie (biopic).

Tell me a secret

I just did in .13 🙂 Oh.and my ex-husband’s nickname for me was Sherlock as in Sherlock Holmes, lol,,and I’ve never seen Game of Thrones! GASP.