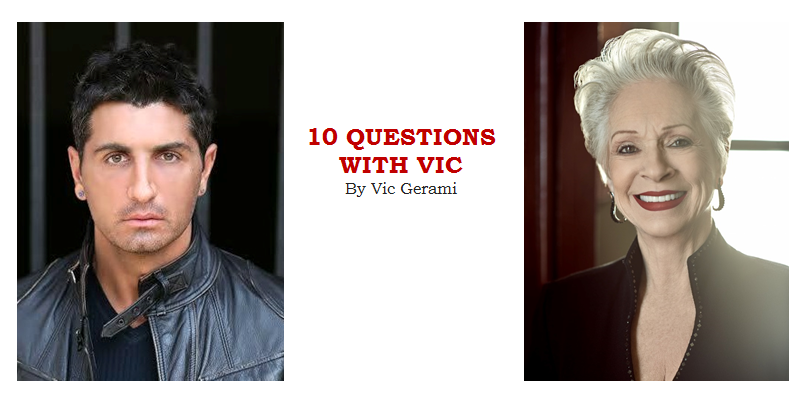 Emmy Award-nominated Jennifer Bassey is a soap-opera icon with an illustrious career in the theater, television, film and over thirty years on ABC’s All My Children.  Born and raised in Chicago, her first job in entertainment was as a singing Playboy bunny in the very first Playboy Club, before moving to London to attend the Royal Academy of Dramatic Arts. It’s no wonder why fans around the globe adore her, as despite great career success and accolades, she is approachable, blunt and lots of fun.

I was told as a child that I was not pretty. I was a playboy bunny from nineteen to twenty-one. One of the things that I am vain about today is that I am pretty. I can say it boldly. I am a very good friend, help people a lot and I love what I do. People are very important to me. My best traits are my sense of humor and being a great friend.

Throughout your diverse and prolific career, you were nominated for an Emmy Award for playing the iconic role of Marian Colby in the ABC soap opera All My Children. How do you reflect on your tenure on AMC? It was on and off on All My Children for thirty years and I was on the last show. Actors rarely get the opportunity to play a new script every day for many years, so I was very fortunate. Everybody knows you and you know everybody, so it’s like a big happy family. The interesting thing about AMC was that difficult people were let go rapidly. To play an alcoholic nymphomaniac was a definite gift.

You are a classically trained actress and attended the Royal Academy of Dramatic Art in London. Have there been any projects or roles for which you did not get proper credit or attention?

I graduated on top of my class along with Anthony Hopkins. I did a little film called “Timeless” which was filmed in three days. It was nominated for best short film at the Milan International Film Festival. Although it was the director who was nominated, they gave me an extra “unannounced” award for acting. Not only did I get an award but I got an incredible piece of art as the person who crafted the actual award is a renowned artist.

Soap opera fans are the most loyal; they are adorable and get hysterical when they meet you. A fan threw a tomato at me at the butcher shop once, hit my face and called me an “adulterous bitch.”

You live on the east coast. How is Los Angeles different than other major cities?

In LA, I had to create everything for myself, I hiked Bronson canyon and went to the Grove. I don’t like traffic in LA, it’s a big negative, but the weather is wonderful. It’s an easy place to live. The ageism can get to you if you are not an established person and have a big name. I lived in West Hollywood most of the time.

A lot of my friends died of AIDS in the early eighties, so aside from AIDS, I donate money for food for the homeless-especially during the holidays.

My ninety-two years old friend Francis Ballentyne.  Despite being blind, she never complains, keeps very active and positive all the time.

Is there anything that your fans don’t know about you that you care to share?

I want to get a third facelift but all my managers are saying no. My surgeon says I’m too pretty.

I am working on a cabaret act which will likely to premiere in Manhattan at the end of the year.

I’m going to be getting married in the next few weeks.