Shining a spotlight on elected officials who have supported and championed for the advancement of the LGBTQ rights, Equality Armenia (EqAr) will host a Leadership Council and Awards Presentation to honor City of West Hollywood Council Member and Mayor Pro Tempore John Duran, City of Los Angeles Council Member Mitch O’Farrell and City of Glendale Council Member Zareh Sinanyan with its Leadership Award.

Leadership Council is a forum acknowledging the leadership and achievements of local public officials in matters concerning the LGBTQ community. The reception offers stakeholders, community leaders and activists the opportunity to network with each other and meet cohorts from various communities and organizations.

EqAr is a nonprofit organization with a mission to achieve marriage equality in Armenia. 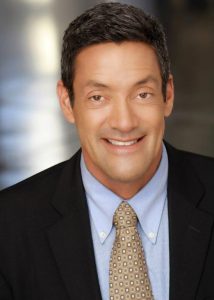 John J. Duran has been an LGBT activist for over 30 years.  He has served as legal counsel for ACT UP protestors, the Los Angeles Needle Exchange and the first cannabis center in the city – the Los Angeles Cannabis Resource Center.   He created and co-founded numerous organizations advancing equality including the LIFE AIDS Lobby, ANGLE (Access Now for Gay and Lesbian Equality) and Equality California.  He has served on the boards of directors of the National Gay and Lesbian Task Force, Lambda Legal Defense and Education Fund, the Gay Men’s Chorus of Los Angeles and AIDS Project Los Angeles.  He is currently serving as the National Chairman of NALEO – the National Association of Latino Elected Officials.  John has served on the West Hollywood City Council since 2001.  He has been recognized over the decades as a local, statewide and national leader for LGBT equality 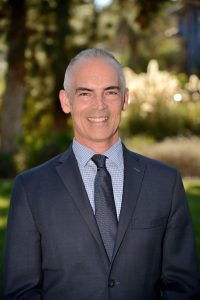 Mitch O’Farrell has served as Councilmember of the 13th District since July of 2013. Mitch is passionate about safe neighborhoods and improving the quality of life in Atwater Village, East Hollywood, Echo Park, Elysian Valley, Glassell Park, Historic Filipinotown, Hollywood, Little Armenia, Mid-Wilshire/Koreatown, Thai Town and Silver Lake. Years of public service preceded Mitch being elected to the Los Angeles City Council. He brought with him a strong background of working with government on every level. During his three and 1/2 years in office, Mitch has made a strong impact on children and family safety in our neighborhoods, improved commercial corridors while enhancing pedestrian and bicycle safety, and has set the Los Angeles River on a path to environmental restoration and sustainability by pioneering the first permanent revenue stream for long term improvements. Mitch has overseen the production of over 900 units of affordable housing in the 13th District since he took office. An ordinance that he authored will help address the displacement crises gripping the city because of skyrocketing rents by requiring developers to build low cost housing as part of every project that needs an approval through the city. He is reforming City policy to help small, neighborhood serving businesses and collaborating with the entertainment industry to make sure we can grow our signature industry and the good paying jobs that come with it. Mitch lives with his partner of 24 years, George Brauckman, in Glassell Park, and is the first openly gay person to be elected to the 13th Council District seat. 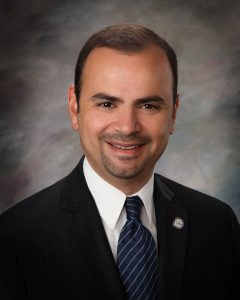 Zareh Sinanyan was born in the former Soviet Armenia and moved to Burbank in 1988, where he attended Junior High and High School. His family moved to Glendale in 1998. Zareh received his BA degrees in Political Science and History from UCLA and his JD from USC Law School. Since 2001, Zareh has practiced as a civil litigator and currently has a law practice in Glendale. In 2006, Zareh was appointed by the Glendale City Council to the Parks Commission. As a Commissioner, Zareh participated in the upgrading and opening of several parks in south Glendale. In 2008, Zareh was appointed to Glendale’s Community Development Block Grant Advisory Commission, helping the City adeptly navigate through a period of drastic decreases in available Federal block grants. From 2009 through 2011, Zareh chaired the CDBG Commission, ensuring increased collaboration between Commissioners, staff and community organizations seeking grant funding. In April 2013, Zareh was elected to Glendale City Council. From 2013 through 2014, he served as Housing Authority Chairman. Zareh served as Mayor April of 2014 through April 2015, and was the founding Chair of the Glendale Economic Development Corporation. He serves as Vice President of Burbank/Glendale/Pasadena Airport Authority, Board Member of Metropolitan Water District, and Chair of Eco-Rapid Transit Authority.