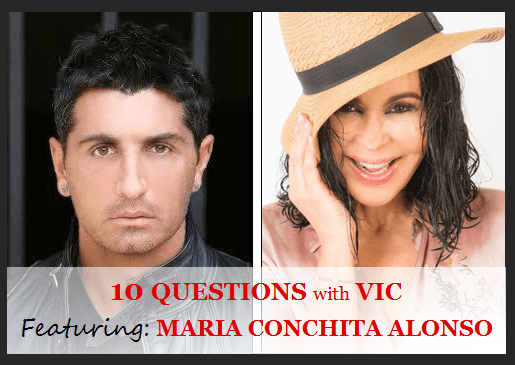 Maria Conchita Alonso is a Renaissance Woman as she has done it all and is at the prime of her career. She has starred in films with Robin Williams, Michael Keaton, Ted Danson, Arnold Schwartezeneger and Sean Penn, just to name a few. Her television credits are countless, both in the USA and Latin America. She has starred on Broadway in Kiss of the Spider Woman and her singing career has earned her a Grammy Award nomination and made her an international sensation. She stars in the new film, ¡He Matado a mi Marido! (I Killed my Husband!) premiering next month. Maria and I had a long chat about a variety of topics, from her illustrious career to politics, activism and her favorite charities.

Congratulations on the upcoming release for your film, ¡He Matado a mi Marido! (I Killed my Husband!). How was it to work on this comedy with the writer and director Francisco Lupini Basagoiti?

Yeah, we don’t pronounce the “H”; don’t look at the “H”. It’s going to be a controversial I believe, but it’s good, politically incorrect is good. I see Francisco, our director, who’s in his late 20s, I see a young Pedro Almodóvar, but maybe a little more class, I don’t know, I mean Pedro is amazing, as long as people know about the movie and go see it; it’s a going to be a huge success. 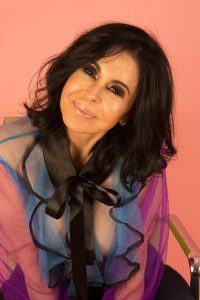 Tell me a bit about your character.

This movie is so fun, my character, she is a completely crazy woman, I never played a role like this one before, I loved it so much, if they said to me that they messed it up and have to shoot it again, I would have said, when? When do we start? That is how much I love it, I loved working on this film and that’s how much I want people to see it.

Aside from leading the cast, your song “Enough”, is featured in the soundtrack. The song is an anthem of women’s empowerment and liberation. Tell me about that.

It’s about enough. Time’s up, it’s like a song from the 60s. The music is very from that era, the movie has that vibe too. It brings you back to that wonderful era. I would say that this is my new single. I put my career on hold because I became a political activist, to save Venezuela, so I put my career aside. So this is now the first single that’s coming up now. I paid for the song and I did the video, it’s called, “Shake it out”. You can see the video on YouTube. It’s a very fun song.  But if you don’t have a team, it doesn’t matter how good the song is.

You have had an extraordinary career in film, the theater stage and as a musician. How much improvements do you seen in entertainment in terms of opportunities for Latin talent?

It’s a big difference. When I came here, it was very hard. I was very lucky. Because there are also a lot of actors and actresses that are good and talented, but I was at the right place at the right time. I think nowadays, Latinos have more opportunities than when I got here; Roma has an amazing team behind it. If we have all the press that Roma had, we can also win forever, because it’s a very good movie.

You have been a staunch advocate for LGBT Rights throughout your career. Tell me about your LGBT fans.

I’ve had one of my songs which is called, which is called La Loca, the crazy one, in some countries the gays play it as their anthem. It’s important to say that in Mexico and some Latin American countries, gay are called Loca, so it’s a way to reclaim the word. So they laugh at it and the important thing is to laugh at you and with you. 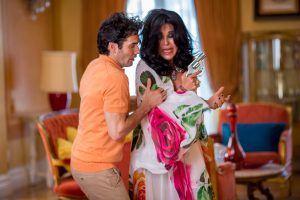 You have been very vocal on political issues, about your birth country of Cuba as well as Venezuela, where you grew up. A roller-coaster of change has happened in Cuba and Venezuela in the last ten years, with the latter in turmoil. What are your thoughts on the current situation?

But nothing changed (in Cuba). Cuba has been under the regime for sixty years. Nothing has changed. The people there are still tortured. The people still don’t have food. The ones that live well are the ones that are under the regime. The tourists have everything but the Cubans don’t. So that hasn’t changed. And in Venezuela, it’s been now twenty years, because Cuba owns Venezuela, controls Venezuela. It started with Chavez. Chavez is the one that brought all this misery, Maduro who was put there by Fidel, Fidel told Chavez to put Maduro in power because they could control Maduro very easily, even so more than Chavez, because Chavez was very strong, egotistical and very intelligent, Maduro is nothing of that, he just does what he is told to do, and so Chavez did it. But also, the election in Venezuela, the regime has controlled the elections, it’s who counts the vote, you know, so the ones that count the vote is the regime.

Do you identify more as a Cuban or a Venezuelan?

Venezuelan. I feel Venezuelan. There is nothing that I can relate to Cuba. I was four years old when I left. I was born in Cuba, but thank God that I was not raised there under this Communist regime. 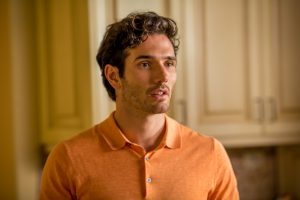 I created an organization called Vee Fauna, it’s not a non-profit yet, that one I created  to help animals, but I work together with another foundation, Luchemos por la Vida, a non-profit one for eleven years, Let’s fight for life, an organization that has an orphanage where three-hundred of the kids have HIV, and it also has another for elderly who have been abandoned because they have mental illness, I united with them, we each work separately but we also work together, like last March I did an event here, we were able to help seventeen foundations, a little girl had her surgery, she was born with elephantiasis, we helped this girl who is so beautiful, has normal feet now, I do help and speak up for breast cancer, for children and the ones that have no voice, the animals, the children, the elderly. When somebody calls me says can you do this commercial for us, and ask me to help, I’m there. Because I believe that everybody can unite to help. It’s the only way that we can make things happen when a lot of people together doing something good for others.

Aside from the film, do have any other project to mention?

I worked on a series on Netflix called THE I-Land, it’s a lot of fun and that’s coming out this year. I play Natalie Martinez’s mother.

“I have a fetish with plastic”

I have a fetish with plastic. It’s horrible, it’s horrible, because plastic is bad for nature. But I am addicted to plastic, not just plastic that you get at the supermarket, but the ones that have a zipper like cute bags, I would love to jump in a pool full of, no water, but plastic, I don’t know why. I mean, imagine jumping in a pool with just plastic. It’s so much fun.

To watch the trailer for please visit https://hematadoamimarido.com/en/ 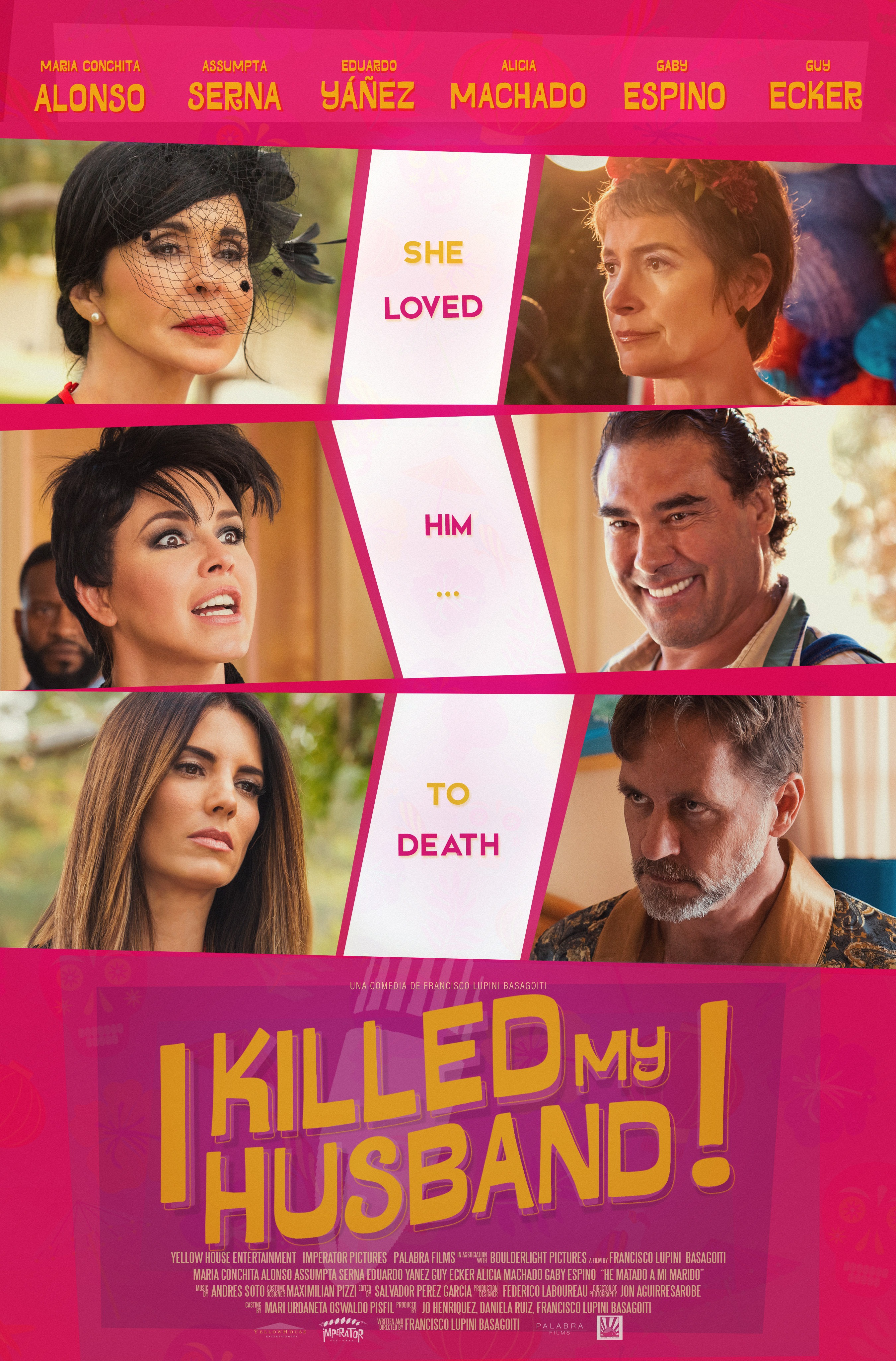