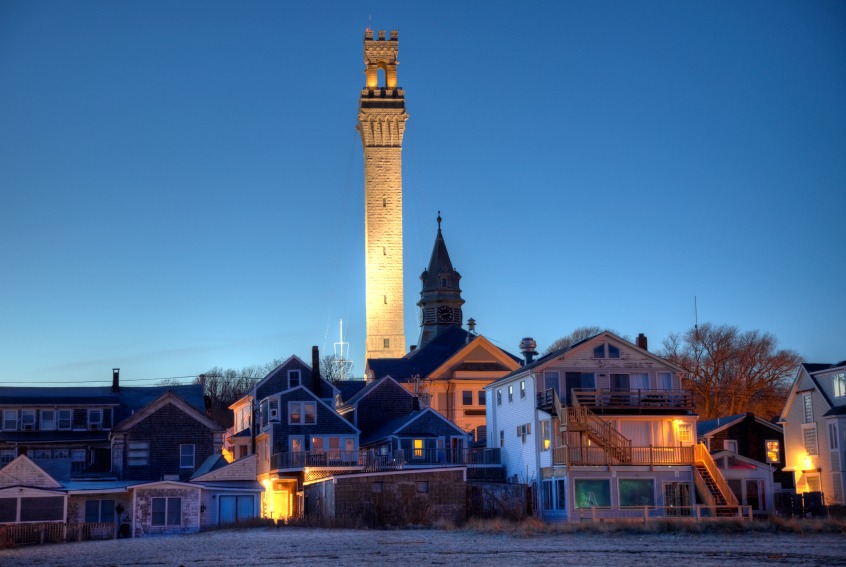 Provincetown, MA (P-Town) has grown to be much more than a summer destination in New England. Thanks to its rich history, diverse culture, picturesque landscape and the hard work of Provincetown Business Guild, Provincetown Chamber of Commerce and P-Town Tourism, this beach town on the tip of Cape Cod bustles in energy year-round.

In the new season, after the intoxicating mix of holiday lights and sugar rushes, you can find respite in this quiet corner of the world. Here, you can pass a contemplative evening sitting by the fire, find new friends at various events and shows, or even share a table at a delicious pop-up dinner.

December in Provincetown means it’s time for an exciting annual shopping experience. There are many independently owned shops with special, one-of-a-kind items that make perfect gifts. And there’s also the annual month-long Holiday Market at The Canteen, located at 255 Commercial Street, open every weekend from Thanksgiving weekend to New Year’s weekend. Here shoppers discover the wares of over 25 local vendors, featuring items like jewelry, holiday decorations, leather goods, and even something for your pooch! There will be food and music, a bonfire or two, and maybe a visit from Santa. 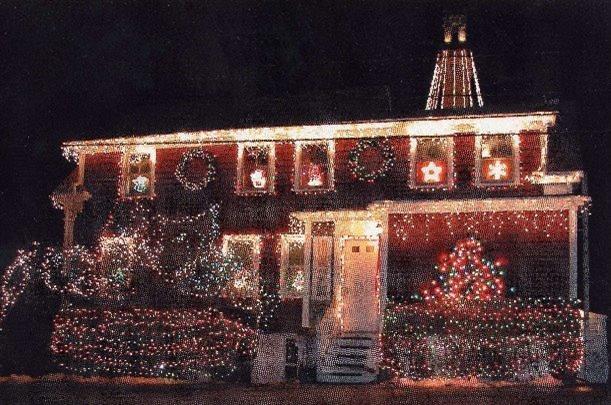 Just ninety minutes away from Boston is a tiny seaside town on the tip of Cape Cod that has as much history as it does LGBT culture. While many remember from history class that Plymouth Rock was where the Pilgrims settled in 1620, it was, in fact, Provincetown where the Pilgrims first landed before passing onto Plymouth and settling what would soon become the US. But American history aside, P-Town, like many popular, small queer getaways, has been a haven for the LGBT community for decades. With a population of about 3,000, the small New England getaway boasts 40+ queer guesthouses, 10+ bars and clubs, 2 beaches while also hosting a dozen or more LGBT events throughout the year. 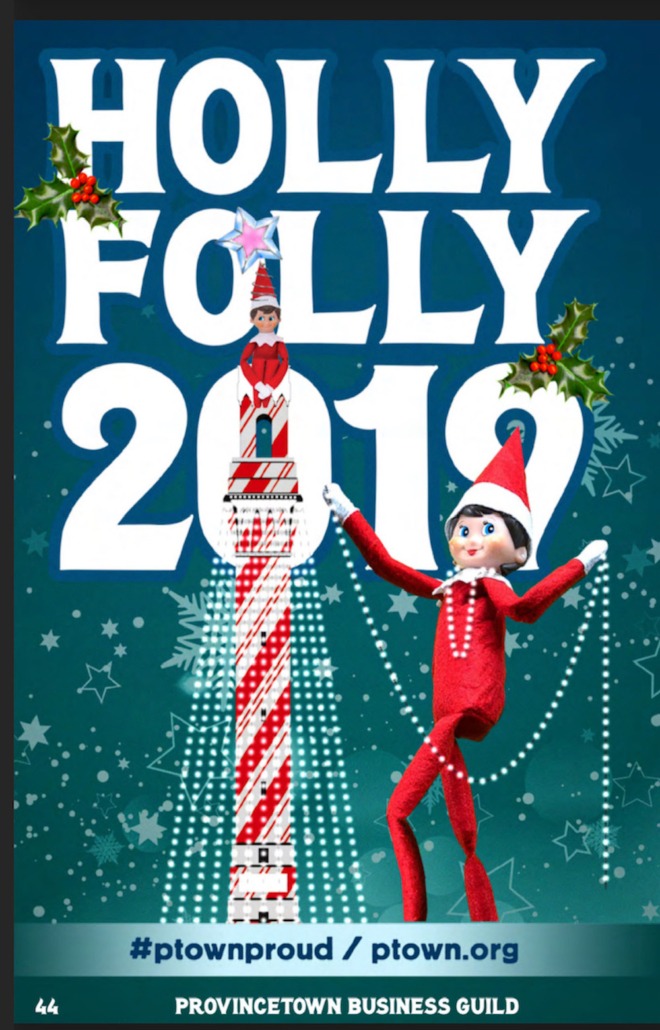 Holly Folly
Friday, December 6 – Sunday, December 8
Holly Folly is a weekend of shopping, partying, and revelry! Come get all your Christmas shopping done, sample soups at a special bene t lunch, and enjoy Provincetown in the offseason!

Souper Saturday
Saturday, December 7, 11AM – 2PM
At this fundraiser for the Soup Kitchen in Provincetown, you’ll get a chance to sample soup specialties from participating P-town restaurants and eateries. SKIP provides nutritious and healthy meals in a welcoming and warm atmosphere for all individuals on the Outer Cape, Monday through Friday during November to March. Tin Pan Alley, 269 Commercial Street 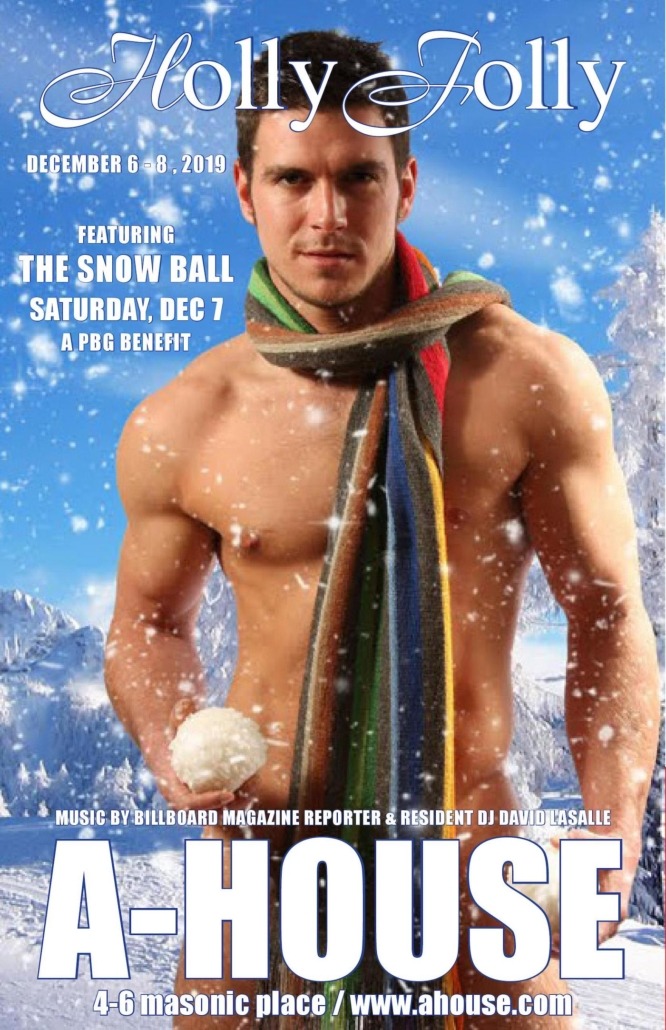 BenDeLaCreme and Jinkx Monsoon: All I Want for Christmas is Attention
Saturday, December 7, 6:30 PM & 9Pm
BenDeLaCreme and Jinkx Monsoon are back in an all new two-queen holiday extravaganza! After last year’s wildly successful “To Jesus, Thanks for Everything” Jinkx and DeLa return to the stage this holiday season in a high-spirited scramble to maintain your interest! Crown & Anchor, 247 Commercial Street 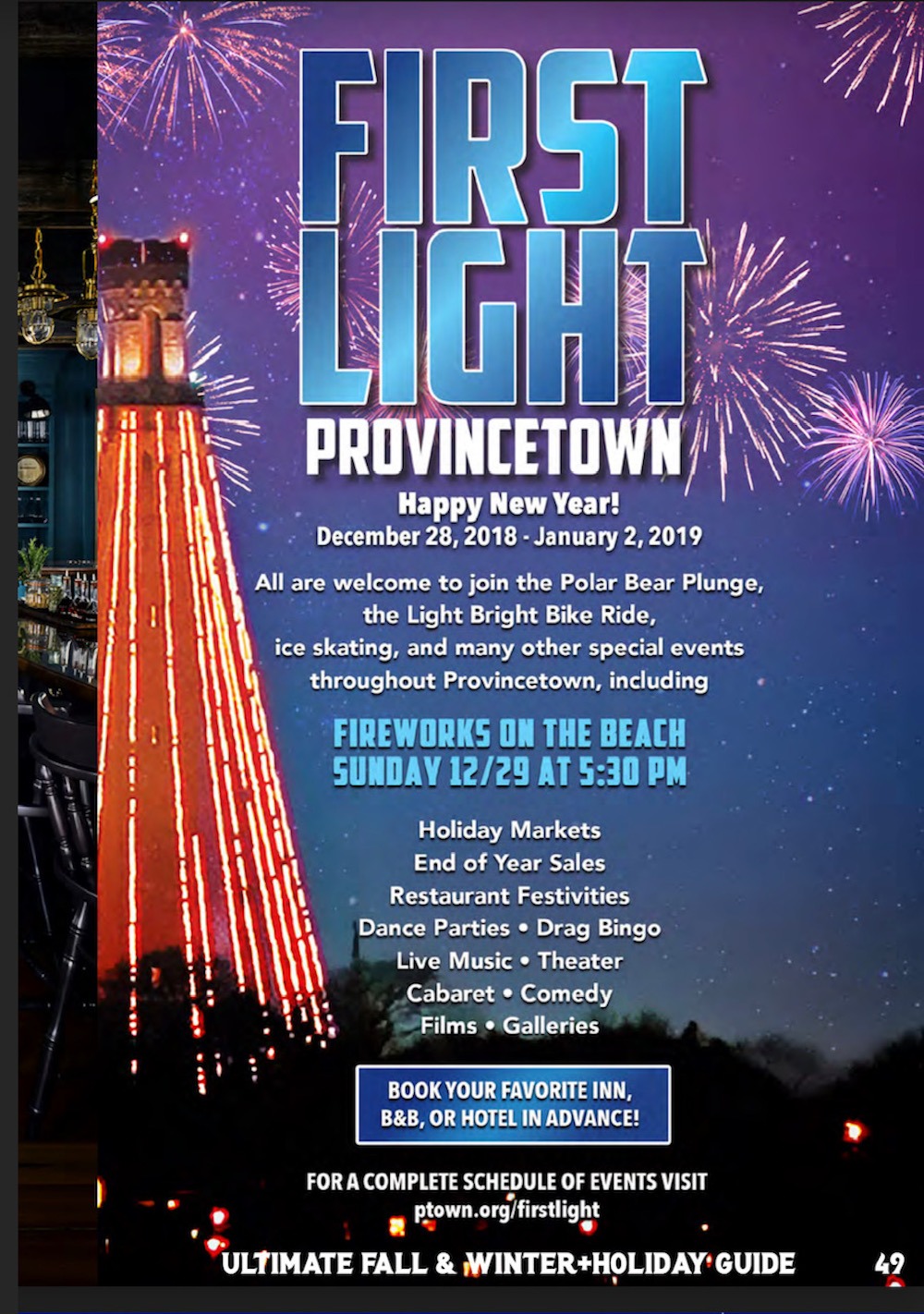 New Year Fireworks Provincetown
Sunday, December 29, at dusk, approximately 5:30PM
Come celebrate the approach of the New Year with a firework display that will light up Provincetown Harbor! Fireworks will be launched from MacMillan Pier, but visible multiple locations. Macmillan Pier (Center of Town)

New Year’s Eve
Friday, December 27 – Wednesday, January 1
Last but certainly not least, we usher in the New Year Provincetown style. First Light happens from December 27 to January 1. Come and watch or ride in the Lite Brite Bike Ride, catch a show, join the Polar Bear Plunge (January 1 at 11AM), and eat at one of our gourmet restaurants. Fireworks will be held on the beach on Sunday, December 29. It’s a festive time in one of the most festive places in the world.

It is no coincidence that for more than fifty years, the LGBT community returns every summer to Provincetown. The recent development/tourism development of Provincetown owes much to this community here where one can find a place to feel at home.

The town started to promote itself as a tourist destination to aid the economy after the storm of 1898, which adversely affected the fishing community. Artists, with their bohemian style, were some of the first visitors of Provincetown. Residents and visitors alike are attracted by the incredible natural beauty and the particular light or “aura”. Little by little this has become an eclectic population who are the more and more numerous to visit this community.

The 1920s and ’30s were when the presence of LGBT increased over that of artists, writers, dramatists, poets, romantics, and journalists. These new arrivers found inspiration in the beauty of this town with its avant-garde freedom. They played a role in the development of the artistic colony here, and they participated in the development of modern American theater. The ability to experiment with various art forms without fear of judgment begot an artistic environment, prosperous, after a city that saw the birth of the first school of American art and modern American theater. Several artists had gay friends. It was a feeling of acceptance in this booming art colony that attracted more and more tourists curious to visit this unconventional town at the tip of Cape Cod. It was not a long time before Provincetown became an ideal space to pass the months of summer for gays and lesbians, completely seduced by the feeling of acceptance and artistic energy. Gradually the habitats become “year-rounders”, investing in buying Inns and “Bed and Breakfasts”, creating local businesses and now being an integral part of the local economic fabric.

Provincetown, a seaside city in the northern tip of Cape Cod in Massachusetts, has long been a great hub of Bohemia and queer culture.

If you are planning to visit Provincetown and looking for the perfect rental property, then you are in for a treat as the penthouse in which I stayed will check all your boxes. It includes great amenities, luxurious comfort, stunning bay views and just steps away from the city center.

You can bask in the serenity and tranquility of the one bedroom penthouse, and when you decide to venture out, be a quick walk from the fun of Commercial Street’s shops, cafes, bars, and restaurants.

Built in 2012, this complex offers modern amenities and conveniences amidst the timeless charm of Provincetown tradition. This bright and airy space includes an open living space with a gourmet kitchen & appliances, one bedroom with queen bed, central air-conditioning and heating, in-unit washer & dryer, bay-facing exclusive use balcony, and other creature comforts to enhance your stay. Book the Penthouse HERE.

Whether you need a cup of coffee to accompany an early morning stroll, or you’d like to linger over a candlelit dinner for two, you will find the best restaurants in Provincetown on Commercial Street. Commercial Street has both casual and fine dining options at a number of indoor and outdoor restaurants. But, for a truly unique treat, make a stop at the Provincetown Portuguese Bakery.

Overlooking historic Provincetown harbor, the Lobster Pot is an institution like no other and part of a tradition that makes Provincetown such a special place. You can dine in either of our two waterfront dining rooms and choose from a menu that features the finest and freshest in seafood, Portuguese specialties, steaks, poultry, vegetarian and light fare.

The Lobster Pot and the McNulty Family is celebrating 40 years of service to our guests this season! We are grateful for the dedication and loyalty of our customers. Thank you and we look forward to seeing you in the Dining Rooms and at the Top of the Pot in 2019!

The cuisine could best be described as seasonal new American with global fusion influences. They use locally sourced meat, fish and produce whenever possible and only use fresh ingredients. Most of what they serve is made in-house including their sauces, dressings, bread, and desserts. The menu changes with the seasons and celebrates the freshest ingredients from each of those seasons. Their philosophy is to provide simple, healthy and delicious food at a fair price.

With a piano bar in the front, Tin Pan Alley offers nightly entertainment during high season and about four nights per week during the quiet season. They feature a variety of local talent as well as guest performers from Boston, New York, and Los Angeles.

The owners support local artists by using the walls as gallery space without charging them a commission. They are also known as one of the most benevolent business owners in town.

Taste the best that Italy has to offer, in a cozy wine cellar that has radiated charm and atmosphere for decades. At Ciro & Sal’s, inspiration is born from the simple homegrown flavors and traditions of the Northern Italian cuisine. Enjoy the aroma of garlic and herbs, combined with the freshest local ingredients while dining in a dimly lit brick wine cellar. Be seated at an intimate table and settle in for an evening of extraordinary taste sensations.

The Pilgrim Monument was founded in 1892 as the Cape Cod Pilgrim Memorial Association—Cape Cod’s oldest not-for-profit organization. Its purpose is to commemorate the Mayflower Pilgrims’ first landing in the New World in Provincetown, in November 1620. Here the Pilgrims spent five-weeks exploring the tip of Cape Cod before they sailed on to Plymouth. They also drew up and signed the Mayflower Compact, which established the rule of law for the new land.

The Cape Cod Pilgrim Memorial Association built the Pilgrim Monument to honor the Pilgrims’ first landing in Provincetown. President Theodore Roosevelt laid the cornerstone in 1907. In 1910, President William Howard Taft dedicated the finished 252-foot tower. In 1910, the Cape’s first building built to house a museum opened at the base of the monument, to educate the public about Provincetown’s role in Pilgrim history and American history.

PBG has a new retail storefront on Commercial Street to promote celebrations related to the LGBTQ community. The P-Town LGBTQ Welcome & Resource Center will be open in May during Pride Weekend with a series of programs titled “Zero to Equal,” honoring the 50th anniversary of the Stonewall Riots.

Provincetown Chamber of Commerce is another great resource and directory for visitors or those planning to live or open a business in P-Town. Parents and pet owners will especially like the Chamber’s listings, in addition to their comprehensive and diverse offerings.