Getting sober was the hardest thing I’ve done to date. Not just because my body had grown physically dependent on the stuff. Not just because I had been living in a party town. Not just because I was working at a restaurant and bar. But also because I relied on booze to socialize. And mostly because drinking in excess distracted me from taking care of myself, resulting in many false starts and almost no real growth. 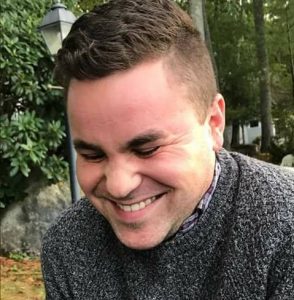 It was hard because it meant I had to look at myself with a clearer vision. It also meant that all that time and energy spent on drinking was free again. The hard part now is waking up in the morning with the wherewithal and gumption to do things. And it’s hard because I forgot how.

Like many, I was facing not just addiction, but a state of mental health that had deteriorated exponentially in the years when alcohol was my guide. Co-morbidity is no joke on its own. But when one condition, like addiction, has been serving as a coping strategy for other mental health issues — it’s a disaster site I’m ill-prepared to trudge.

Between the beating rains of depression, a deluge of anxiety, and the near-drowning from vodka and wine consumption, I haven’t been very good at being my own best friend, never mind a friend to someone else. In many ways, I had turned my back on me. It was a gradual and imperceptible shift, done ultimately out of shame, disappointment, and a loss of hope for anything better.

“Alcoholism seems to lend itself well to major depressive disorder”

Over the course of several years, I broke my own heart and never offered myself solace, until now.

Alcoholism seems to lend itself well to major depressive disorder. Where depression left me feeling hopeless and down, going out to bars made me feel like I was doing something other than wallowing alone at home. And when I did drink and wallow at home, I drank so I could pass out and escape myself. It’s a salve that cures nothing.

One of the results of being an alcoholic in the public world is that when we go to places often enough, we make bar friends. Along with the bartenders and staff, seeing the faces of regular customers at a bar is a relief — especially for people like me who can feel paralyzed by anxiety, to the point where walking out the front door of our homes feels impossible. And honestly, it didn’t even matter if they were drinking beer, martinis, or club soda. At least I wasn’t drinking alone at home.

At a bar, I was with someone-anyone.

These are the people alcoholics count on to be at a bar so we don’t feel like we’re drinking alone. I’d think, “How depressed and anxious can I be if I’m out socializing? Look at me! I’m doing great!” But I wasn’t doing great. And that lie certainly caught up to me. I’ve often wondered how long it took for them to learn why they hadn’t been seeing me on our regular bar nights, that I went to rehab.

My bar friends are lovely people — a detail I’m fortunate to admit now. And we would socialize outside the usual drinking spots. We got to know each other, we attended social gatherings in each other’s homes, and always had plenty of booze handy when we did these things.

But the fact is that we came into each other’s lives by sitting at a bar and chatting with whoever was closest. And there’s no way I would’ve been confident enough to maintain a conversation with these strangers if I wasn’t drinking. I’m too shy.

And really, being the introverted depressive that I am, the extent to which I was able to develop these friendships is cursory at best. I’m even willing to bet that a consequential sum of our time together never even registered in my memory logs.

It’s something I’m keen to change.

Now, instead of picking up a drink and settling into a numbing buzz, I have to face the fact that I am not the person I want to be and I am not living a life that is up to my standards (I forgot I had those). Now, I can work towards being that person, whereas in active addiction I just resigned myself to the bottle.

And when I refer to “that person,” I don’t mean an idealized, static image of perfection. I’m talking about a dynamic person who doesn’t settle for alcoholism, or preternatural depression and anxiety, or a personal life that isn’t full of self-celebration and self-improvement. I’m talking about a version of myself that can actually be a friend who shows up for both myself and for those I care about, who didn’t get too drunk to remember you telling me about the death of your cat.

The neat thing about getting sober is that we come to have more mental resources available to us. So I’m no longer distracting myself from the parts of my life that need work — like a social life outside my career that isn’t also contingent on getting black-out wasted. I know now that I need to cultivate a personal life that calls for my presence, and not the abbreviated version of me that stumbles away once my short-term memory gets spotty.

For this end, I try to do new things every day. But I’m also realistic: I’m not expecting (nor wanting) to change from introverted to extraverted, nor from word-minded to numbers-minded. By keeping my goals small, careful, and on-task to becoming more me, I’m slowly able to feel my engine starting. Even if I make a list of things I love to do (writing, cooking, caring for my plants, checking on people I love), I remind myself of the things that enrich my life and give it meaning.

And when I do muster the courage to make a list of things I want to accomplish or just do more frequently, I remind myself that it is possible now that I’m sober and making progress. I just don’t let myself get overwhelmed by simply wanting to be better. When we allow ourselves to be intimated by what seems like an enormous task, substances start to look appealing.

But after a pause. A deep breath. A gentle reminder that I once thought sobriety was impossible. The whole world starts to feel more manageable. Making new friends won’t be easy, but neither was sobriety and I’ve done that pretty well.

Also, it’s OK to get tired and want to take a break from this kind of work, as long as it’s not indefinite or out of fear or avoidance. There’s a thin veil between giving up and being kind to you. It’s hard to discern, but they are in fact very different things. And I look for this difference every day.

How my thinking shifted from being contemplative to more actionable is by way of a healthy combination of sobriety, psychiatric medication, therapy, and support. But if I hadn’t been sober enough to recognize the potential of these other factors, I could not have given them a proper chance to affect me in such positive ways. Nor would I have had the presence of mind and clarity to gauge and appreciate their respective impacts.

So here I am: I’m working in a new industry during daytime hours in a new part of the state. There’s no bar at work and no one who knows what I just went through.

It’s not just that the social life I had in active addiction is no longer tenable in sobriety — the social life I had for years, however lean or compensatory, is now just gone. It’s an hour’s drive away, which doesn’t appeal to me after a long day at a challenging job. So, I’m starting pretty fresh.

And I’m waking to this lifestyle with clearer vision, muddy feet, and a thirst for something healthier and harder than alcohol.

But getting sober didn’t make me a better person. If anything, it made me look at all the ways I was failing myself out of my own life. So I gained some perspective and I learned to be kinder to myself, to acknowledge and celebrate the parts of me that bring me pride. But there’s a whole lot I need to work on.

It is really hard — it’s harder than anyone was able to convey to me throughout the recovery programs. And I’m proud of myself for doing it. The big project is myself now, and I know it’s a project that may never be completed. But I want it more than I’ve wanted anything else before. And I’ll do the work because I am capable of walking out the front door and being a part of the world.

To start? I embrace myself, promising to look out for my health and best interest as well as I can. To start, I will be my own best friend. And from now on, that love is unconditional.