I took some time off to focus on self-improvement and it has changed everything. My decision to personally continue lockdown has been one of the best parts of my life. I am happier than ever, more productive, and, having plenty of time to re-evaluate my relationships with God, myself, and others, I realize how broken I have been, how some of my relationships were toxic, and that moving forward toward my ideal life would require an overhaul in these areas and a new commitment to seeking God’s will in my daily life.

Life happens in ideal circumstances and even in quarantine but my coping skills, honed over years of therapy, were not keeping up with daily demands. People began to annoy me (more than usual), I wasn’t happy, nothing seemed to come together creatively I was angry and generally unfit to be around. Of course, I recognized the problem, but it took some time to get re-centered. I had neglected my morning practice.

This always starts without much notice. I began to sleep a little later, took on a couple of large projects with my work, skipped a prayer here and there; it happens so fast. This was not a one-off or even an unusual occurrence. My prayer and meditation always suffers the most and seems to be the first thing to go anytime life gets busy and I quickly become unbalanced. And, as always happens, I became short-tempered, made poor choices with food and exercise which let to exhaustion. I was restless, irritable, and discontented. I had been here many times before but could not seem to get started again on my morning practice which had always proven itself as the key to my long-term happiness, productivity, positivity, well-being, and connectedness. 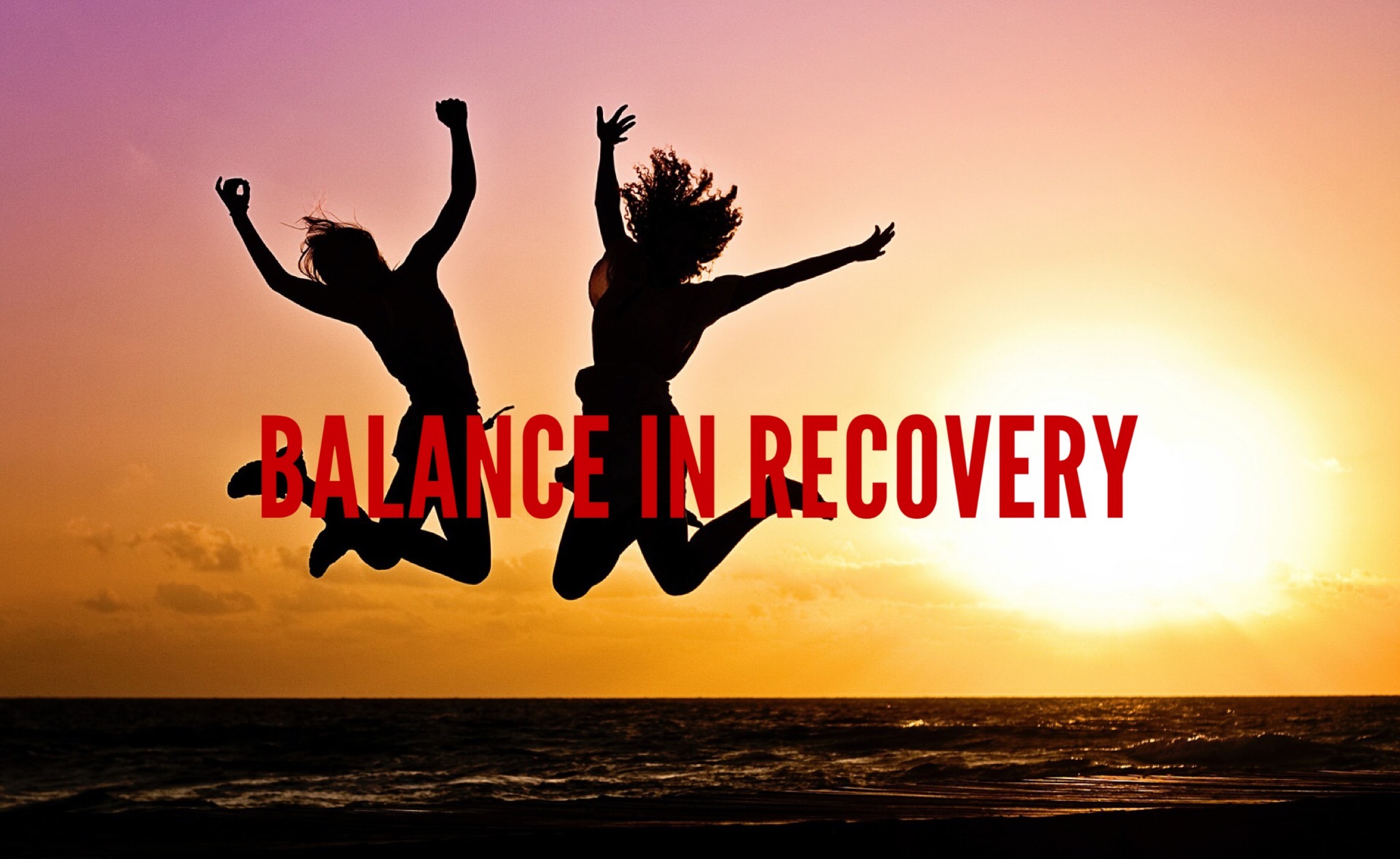 And this being the case, why do I so easily ignore such an important ritual? Is my commitment to sobriety in question? Do I begin to doubt the power of God and the program? Is this a self-esteem issue or is it just laziness? In a sense, it can be any or all these things in any combination at any given time. The Big Book of AA suggests that alcoholics, like small children, thrive on the very thing we fight against, discipline and structure. It is exactly the discipline and structure that makes my morning practice work. Other recovery literature tells us that “when we are ready” we can resume our spiritual practice which indicates that it is not unusual for us to let up on our devotions and I don’t have to think that I have failed, that I’ll never regain my spiritual connection or there is no use in moving forward. Extreme, yes. But that is how I think, and it is compounded when, ultimately, depression sets in; it always does, but seems to worsen when my spiritual fitness is neglected.

‘After years of step-work, it can still be humbling to recognize
that I am usually the cause of my troubles and complications’

As I tried to claw my way back from the dark side, I realized I had to take some actions first. My physical house was in disarray, to start. I realized that after I downsized my home last year, I had more possessions than I wanted or certainly that would fit in the new space. And the overcrowding was interrupting the positive flow of energy that I needed to stay on track spiritually. This lead to a marked purge, reorganization, and deep clean and even included aromatherapy, a couple of visits from the Sultan of Sage, my friend Alex who is affectionately known as Glenda the Good Witch, and a recharged crystal, measures usually reserved for the end of a toxic relationship. Once positive energy had been restored and flow, I began to sleep better and feel great. One morning, I woke up and walked directly to my porch and began to meditate. In only a few days I had completely resumed my morning practice and my life began to move forward almost immediately. Whenever I take positive action, no matter how small, the Universe meets me where I am and propels me toward God’s will. 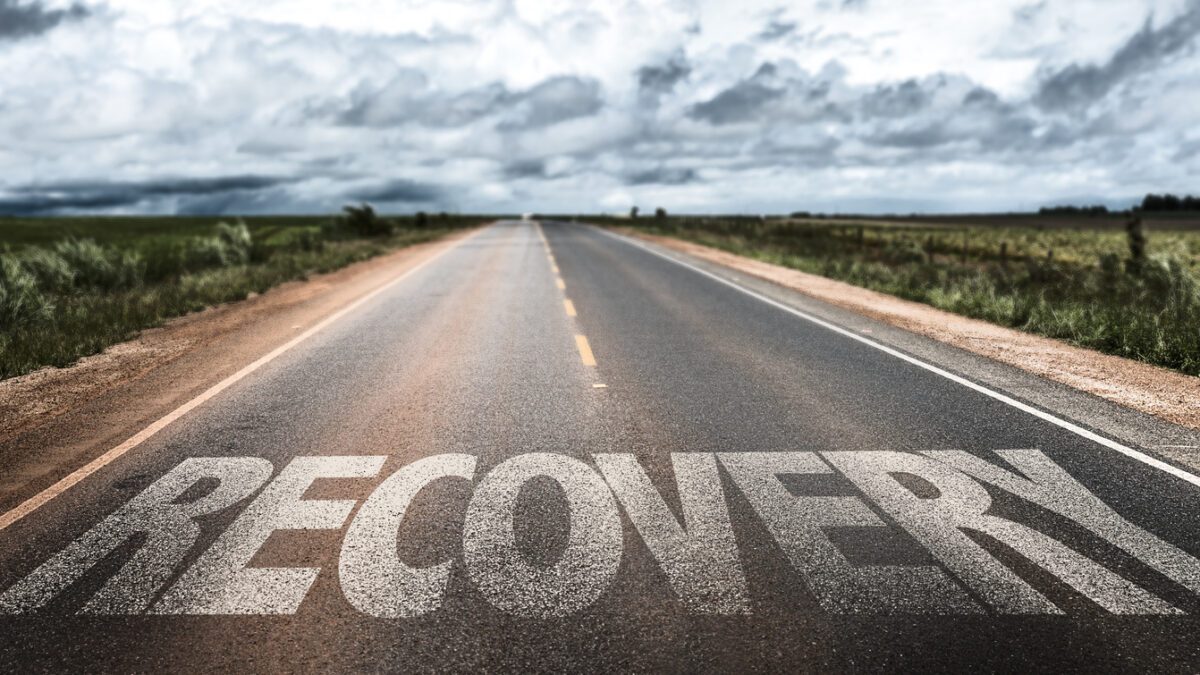 Resuming my morning practice allowed me to examine some relationships that had been causing some distress. I had noticed that a particular relationship with a friend of more than thirty years had begun to get bumpy. In three decades, we had only had two disagreements, both because of my selfishness and self-centeredness (and I may have been drinking), so it was very upsetting that we began to argue when we were together. In another instance, I noticed that a couple of friends had begun to pull away from me. I was also having troubles within my family that were not being resolved. Once I discounted some possibilities, I had to look at the common denominator: me. After years of step-work, it can still be humbling to recognize that I am usually the cause of my troubles and complications. And there it was: selfishness, self-seeking, fear. I had not been loving and kind but had instead sought disagreement, particularly in matters of politics.

‘What can I really do to help bring about progress, fairness, integrity, and love?’

My activism and volunteer work over the past three decades helped me to have an intimate understanding of social injustice in the LGBT community and I felt, for the first time in years, that our strides forward are being threatened.

As I became focused on what was wrong in the World and particularly in the United States and on whom was to blame, I became angry, my program became secondary to my armchair activism and the result was that people were hurt by my words and actions and I became fractured. Once identified this poor behavior and how my fear of our losing hard-won rights that had been gained., I had to “at once” set about to make things right, or at the very least clean my side of the street. Anger, for me, is poison.

What can I really do to help bring about progress, fairness, integrity, and love? This is an age-old question. To what extent can I positively affect the lives of others? To start, I can be loving and kind, and fair. I can practice integrity and vote for progress. I can stop being judgmental of the choices of others that I cannot or will not understand, and I can celebrate my personal victories and those of the people I love and of our community.

A native of the South Carolina, Hank Center is a writer and a keynote speaker. He studied at the University of North Carolina and works as a non-profit consultant, grant writer, and a researcher. His workshops and keynote addresses have included topics such as Harnessing the Power of Gratitude, Giving Back, How to Eat an Elephant, Letting Go, Living Sober, and How to Apply the Twelve Steps to Real Life. Hank’s column about recovery, sobriety, and spirituality, ‘Buzzkill: Journey in Recovery’ is published exclusively in The Blunt Post.
Election 2020: Go Blue Coast to Coast + A to Z Kim Kardashian & Serj Tankian Lead Celebrity PSA Campaign, ‘I Stand With Artsakh & Armenia’