CHER: THE SINGLE GREATEST GAY ICON OF ALL TIME

Cher is the single greatest gay icon of all time. Don’t get me wrong as I love all superstar female vocalists and pop stars and many of them have icon status in the LGBT community. Judy Garland was the first and original gay icon. I have seen almost all of them live in concert, met a few of them and I am very familiar with their careers. So I know iconography very well and fascinated with it. In fact, I hosted a show on Public Radio KPFK’s LGBT Day during LA Pride, titled, “Icons & Idols”. My guests and I discussed the biggest gay icons of the last one-hundred years.

Although there are several stars who are much loved, admired and idolized by the LGBT community, Cher stands out as the biggest gay icon of all time. I won’t bother to chronicle Cher’s illustrious career in this piece as that would take a year’s worth of research and interviews, a feat others have accomplished successfully in the past. I will simply highlight relevant bullet-points that I believe make Cher the Ultimate Gay Icon of All Time.

1962: Cher was sixteen years old when she met her first husband, Sonny Bono, and they get married in 1964.

1965: The single, “Dream Baby”, debuts under the name “Cherilyn” and peaks at number 15 on the U.S. Billboard Hot 100. At nineteen years old, Cher was not a conventionally beautiful girl but would eventually come to her own sex symbol status. An Armenian-American, Cher was an “outsider” and did not fit-in the era’s norm, a feeling LGBTs know all too well.

1971 & 1973: She released “Gypsies, Tramps & Thieves” and “Half Breed”, both songs about defying being defined as an outcast, something the queer community knows a thing or two about.

1971 to 1974: Sonny and Cher Comedy Hour runs on CBS. Cher dazzled audiences with elaborated, glamorous and sexy costumes created by Bob Mackie, a gay designer with whom she would collaborate for decades to come.

1973: Soon-to-be the wealthiest and most high-profile (openly out) gay man, then “straight” David Geffen fell in love with Cher and almost married her. Geffen set out to help Cher free herself from Sonny Bono’s clever contract that made Cher his employee and keep most of their income. They lived together until their amicable break-up. Geffen sold her his townhouse in the Sierra Tower, LA’s most high-profile high-rise, home to current and former tenants such as Elton John, Matthew Perry, Joan Collins, Courtney Cox, Lily Collins and Sidney Poitier.

1975: She married into rock royalty with second husband, bonafide Rock Star and bad-boy, Greg Allman and had a son in 1976, Elijah Blue.

1979: She released “Take Me Home”, one of the most popular disco albums ever recorded.

1982: She debuted on Broadway in Come Back to the Five and Dime, Jimmy Dean, Jimmy Dean and received rave reviews.

1983: She played a lesbian opposite Meryl Streep in the film, Silkwood, and was nominated for her first Academy Award.

1988: she wins the Academy Award for Actress in a Leading Role for Moonstruck. She picks up her award in a see-through Bob Mackie gown that raised a lot of eyebrows but would eventually be regarded as one of the most memorable Oscar dresses of all time.

1989: She released the smash hit If I could turn back time, with a groundbreaking video and reinvented herself once again. The video was filmed on The Queen Mary with hundreds of US Navy sailors. She wore a sexy see-through outfit that vowed the public and redefined what a woman in her forties can do.

1995: Cher’s then daughter, Chastity Bono, came out as a lesbian and went on to be the President of GLAAD (Gay and Lesbian Alliance against Defamation).

1997: Recognized as one of the LGBT community’s most vocals advocates, Cher was invited as the keynote speaker for the 1997 national Parents, Families, & Friends of Lesbians and Gays (PFLAG) convention.

1998: Cher reached a new commercial peak with the album Believe, whose title track became the biggest-selling single of all time by a female artist in the UK. It featured the pioneering use of Auto-Tune, also known as the “Cher effect”. It played at clubs across the globe and Cher reached a whole new generation of fans.

1998: Cher was honored with a GLAAD Media Award (Gay and Lesbian Alliance Against Defamation) Vanguard Award.  The honor is presented to a member of the entertainment or media community who has made a significant difference in promoting equal rights for the LGBT community.

2000: She won a Grammy Award for Best Dance Recording for “Believe.”

2000: The Cher Convention started in Las Vegas to bring fans together to celebrate “Believe” going to Number One on the Billboard charts, and to donate the proceeds to the Children’s Craniofacial Association. But, with over seven-hundred attendees from all over the world, worldwide press, and countless emails asking for another convention, it has become a biennial event.

2000 & 2002: The NBC sitcom Will & Grace acknowledged her status by making her the idol of gay character Jack McFarland. In 2000, Cher made a cameo on the show, in which Jack believed her to be a drag queen and said he could “do” a better Cher himself. In 2002, she portrayed God in Jack’s imagined version of Heaven.

2003: She won an Emmy Award for Outstanding Variety, Music or Comedy Special for Cher – The Farewell Tour.

2008-2010: Chaz Bono underwent female-to-male gender transition. In May 2010, he legally changed his gender and name, a decision Cher supported wholeheartedly and publicly.

2010: Starred in the film Burlesque alongside Christina Aguilera.

2012: Cher attended the GLAAD Media Awards and presented Chaz with GLAAD’s Stephen F. Kolzak Award, which is presented annually to an openly lesbian, gay, bisexual or transgender media professional who has made a significant difference in promoting equality. Cher was joined on stage by Rep. Mary Bono Mack (Sonny Bono’s second wife and widow).

2018: Cher starred in Mamma Mia! Here We Go Again, arguably one of the gayest films in recent years and reunites her with her good friend, Meryl Streep.

2018: Cher announced she will be releasing Dancing Queen, a brand new album consisting purely of ABBA hits which will be available Friday 28 September, 2018. 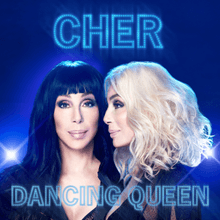 To compliment her immense talents and uniqueness, Cher’s realness and ability to not take herself too seriously, has made her globally popular. Regardless of sexual orientation, gender identity, age, nationality or anything else, Cher is the single most universally loved gay icon of all time.

ALL OUT POLITICS: CHILD SEPARATION AT THE BORDER MAY PROVE TRUMP’S CRUELTY LIMITLESS 100 DAYS OF NIKOL PASHINYAN, NO CHANGE