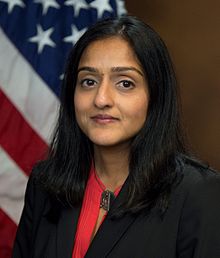 The event offers a discussion with Vanita Gupta, a long-time civil rights lawyer who heads the Leadership Conference on Civil and Human Rights, one of the leading organizations in Washington, D.C., fighting the current Administration’s anti-civil rights agenda. She will be in conversation with Karin Wang, Executive Director of the David J. Epstein Program in Public interest Law and Policy at UCLA School of Law, and a former civil rights lawyer at Asian Americans Advancing Justice-Los Angeles.

Admission is free but RSVP is required: http://bit.ly/HRSS-Feb2019

Validated parking will be available in the adjacent 5-story structure. RSVP does not guarantee entry. Event will be overbooked to ensure a full house. Please arrive early to secure a seat.

Vanita Gupta is an experienced leader and litigator who has devoted her entire career to civil rights work. Most recently, from October 15, 2014, to January 20, 2017, she served as Principal Deputy Assistant Attorney General and head of the U.S. Department of Justice’s Civil Rights Division. Appointed by President Barack Obama as the chief civil rights prosecutor for the United States, Gupta oversaw a wide range of criminal and civil enforcement efforts to ensure equal justice and protect equal opportunity for all during one of the most consequential periods for the division.

Under Gupta’s leadership, the division did critical work in a number of areas, including advancing constitutional policing and criminal justice reform; prosecuting hate crimes and human trafficking; promoting disability rights; protecting the rights of LGBTQ individuals; ensuring voting rights for all; and combating discrimination in education, housing, employment, lending, and religious exercise. She regularly engaged with a broad range of stakeholders in the course of this work.

Selected high profile matters during her tenure included the investigations of the Ferguson, Baltimore, and Chicago police departments; the appeals of the Texas and North Carolina voter ID cases; the challenge to North Carolina’s HB2 law and other transgender rights litigation; enforcement of education, land use, hate crimes, and other statutes to combat Islamophobia and other forms of religious discrimination; the issuance of statements of interest on bail and indigent defense reform, and letters to state and local court judges and administrators on the unlawful imposition of fines and fees in criminal justice system; and the Administration’s report on solitary confinement.

Prior to joining the Justice Department, Gupta served as Deputy Legal Director and the Director of the Center for Justice at the American Civil Liberties Union (ACLU). She joined the ACLU in 2006 as a staff attorney, where she subsequently secured a landmark settlement on behalf of immigrant children from around the world detained in a privately-run prison in Texas that ultimately led to the end of “family detention” at the facility. In addition to managing a robust litigation docket at the ACLU, Gupta created and led the organization’s Smart Justice Campaign aimed at ending mass incarceration while keeping communities safe. She worked with law enforcement agencies, corrections officials, advocates, stakeholders, and elected officials across the political spectrum to build collaborative support for pretrial, drug, and sentencing policies that make our federal, state, and local criminal justice systems more effective and more just.

Gupta began her legal career as an attorney at the NAACP Legal Defense & Educational Fund, where she successfully led the effort to overturn the wrongful drug convictions of 38 individuals in Tulia, Texas, who were ultimately pardoned by Governor Rick Perry. She then helped negotiate a $6 million settlement on behalf of her clients. She also consulted with European civil society organizations working to advance the rights of the Roma.

She is married to Chinh Q. Le, legal director of the Legal Aid Society of the District of Columbia, and has two young sons. 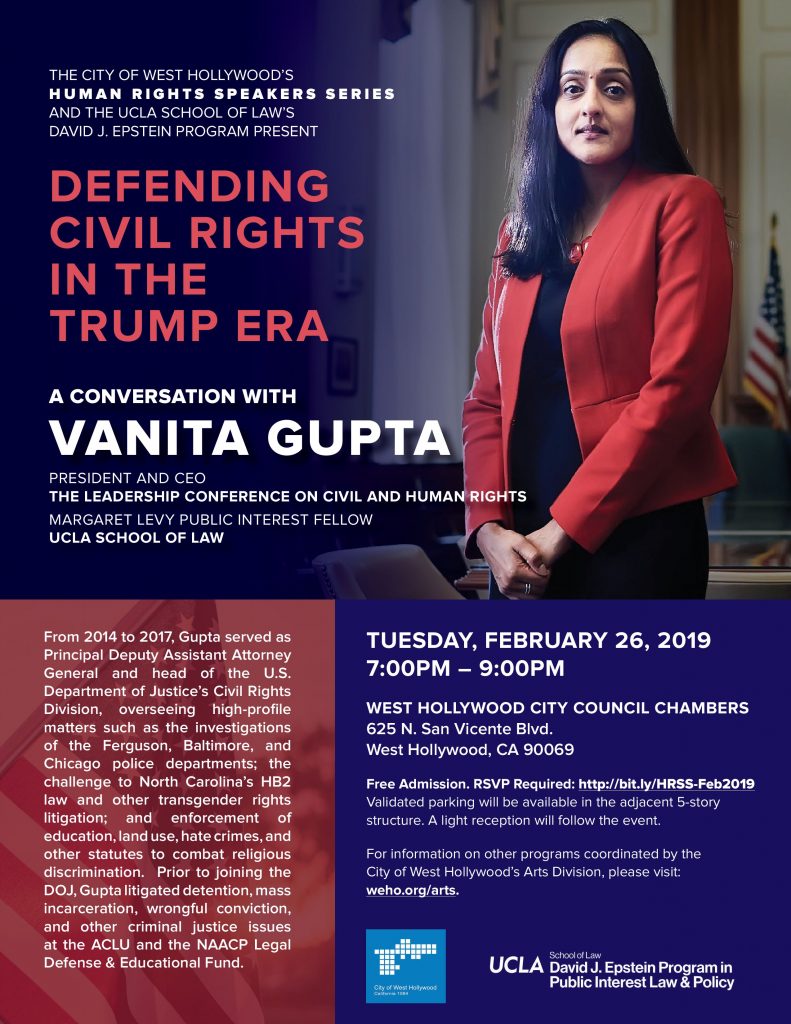