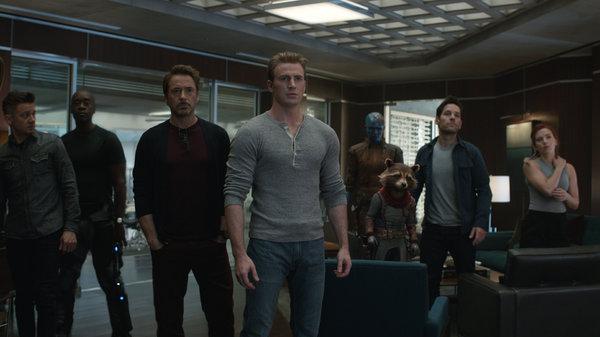 AVENGERS: ENDGAME IS A POIGNANT AND SATISFYING LOVE LETTER TO THE FANS
By Christopher Henry

It is hard to believe it’s been eleven years since the world was introduced to the Marvel Cinematic Universe in 2008’s, IRON MAN. At the time, the concept of an expanded universe that would mirror the one reflected by its comic book counterparts seemed like an impossible notion. However, thanks to the vision of Marvel Studios President, Kevin Feige, the MCU is now one of the most successful and revolutionary cinematic franchises to ever exist. 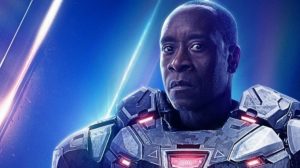 It was a slow and necessary build that generated its success. Following the success of IRON MAN, Marvel released four subsequent films introducing us to heroes like Captain America, Thor, The Incredible Hulk, Black Widow, and Hawkeye. These superhuman champions would eventually join together in a grand team-up movie, to form the group known as THE AVENGERS. This undertaking was a feat that had never been attempted before and thanks to its success, led to other characters receiving their own stand-alone films. All of which operated within the universe that Feige had so carefully crafted. Each film bears a connection to the next. Every installment is part of the same continuity, making it feel as if they were collectively episodes in an elaborate television series all leading to a climactic finale. 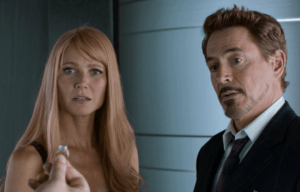 Directed by Joe and Anthony Russo, AVENGERS: ENDGAME delivers on the promise of an epic conclusion. The movie begins twenty-one days after the events of AVENGERS: INFINITY WAR. A brutal and powerful Alien warlord known as Thanos sought the power of six powerful jewels known as “the Infinity stones.” With the stones placed in the gauntlet he had forged, Thanos would possess the power to solve what he felt was a universal problem of overpopulation by snapping his fingers and turning half of all life in the universe into dust. After a battle that with the Avengers and virtually every hero from the MCU’s previous movies, Thanos succeeded. In the movie’s opening, the team retaliates against Thanos with the help of the cosmically powerful and recent MCU addition, Captain Marvel. The heroes learn Thanos destroyed the stones so that his genocide could not be undone. We then jump 5 years into the future, with each character grieving and attempting to move on from “the snap.” It is at this point, that the character of Ant-man reemerges and persuades the team to utilize his technology for time-travel. They plan to retrieve the stones from key moments in the past to bring back the billions of lives that were lost. The Avengers must engage in a literal race against time to gather all of the stones and resurrect the “dusted” before a final confrontation with the mad Titan, Thanos.

One surprising delight is how this film contrasts the movie preceding it in terms of scale and pacing. Its predecessor had the complex task of juggling numerous plot threads that eventually culminated in a grand battle sequence, while this movie begins in a low, appropriate and somber tone that focuses on the core group of Avengers who began this franchise. INFINITY WAR delivered constant spectacle and an impressive storyline that ultimately showcased Thanos as the primary character. ENDGAME’s achievement is in honoring the arcs of its six heroes that we have come to know and love. More importantly, the movie provides closure for many characters that are meaningful, satisfying and moving. The most emotional resolutions belonging to Robert Downey Jr’s Iron Man and Chris Evan’s Captain America. 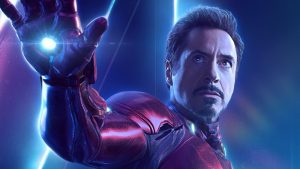 Fortunately, the film’s minor structural issues don’t detract from its overall enjoyment. One issue that Marvel has struggled with for a while, is the character of Thor. Despite excellent performances from Chris Hemsworth, each film takes his character in a completely different direction tonally, making it difficult to establish a consistent through-line in the character. The iteration of Thor in ENDGAME seems to directly draw on Taika Waititi’s comedic interpretation of the Norse God in THOR: RAGNAROK. Despite the fact that Hemsworth plays comedy to perfection, this version of Thor seems out of place in the emotional landscape of ENDGAME, as opposed to RAGNAROK which had an overall comedic tone. While there is customarily a need to inject comedy or bathos into serious subject matter to keep from overwhelming the audience, the juxtaposition of Thor’s story alongside his teammates, borders on absurd and overly campy at times. 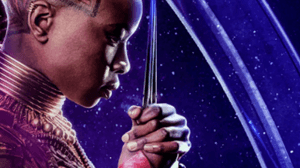 The subject of time-travel is also handled in a relatively unique way. Rather than focus on the consequences of the “butterfly effect” associated with most time-travel movies, this film takes the stance that the current timeline is immutable. The film does state, however, that removing an “infinity stone” from its place in the time creates an alternate branch of reality, a different dimension if you will, where certain events have now played out differently. Anyone up to date on Disney’s new streaming service and plans for shows featuring several MCU characters can perhaps deduce this choice on the rules of time-travel was made in order to justify these stories in-universe. Additionally, it allows the writers and directors freedom from the scenario of “what if the heroes destroy the villain before the snap?” It also means that the consequences associated with the previous movies remain. There can be no altering what was done, only what will be going forward. Regrettably, many viewers will leave this film with more questions than answers regarding the convoluted timeline, and the rules that have been loosely and confusingly set in place. 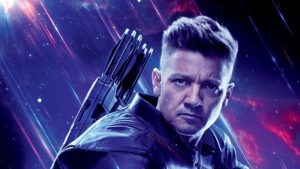 The movie contains some notable standout performances, particularly from Karen Gillan, Jeremy Renner, Robert Downey Jr., and Paul Rudd. Both Gillan and Renner (portraying Nebula and Hawkeye respectively) convey remarkable pathos in their performances. Renner finally receives his moment to shine in these films depicting a character consumed by pain and loss, driven to acts of murder and vengeance. Gillan plays the broken and tortured Nebula, sympathetic hero and villain with brilliant subtle of moments of humor. From a comedic standpoint, Paul Rudd steals the show doing what he does best. He delivers likable trademark quips with sincerity while providing fan-like commentary on the fantastic events around him. His character is the audience member in us all, awed by the juggernauts in his midst, but never destroying the tension of the grave moments. Whereas Thor’s moments felt out of place in this movie, Paul Rudd’s performance as Scott Lang feels right at home. Robert Downey Jr. gives his best and most nuanced performance as Tony Stark in the film. It is an arc that brings his character full-circle in a perfect marriage between acting and writing. Downey is funny, compelling, heroic and moving in a performance that provides such an iconic character the closure he deserves. 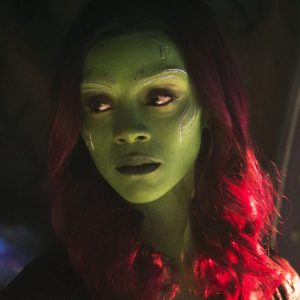 AVENGERS: ENDGAME is a beautiful, tear-jerking conclusion to a monumental chapter in the superhero genre. The moments of fan service are sincere and well-earned. The storyline is mostly cohesive and well-planned. It will be intriguing to see what Marvel and Disney have in store for the subsequent phase of their storytelling. If there’s one thing that deserves commendation, it’s delivering a film that feels less like an ending, and more like a thank you to everyone who stayed for this decade-long journey. Taking everything into consideration, this film receives an A…or as Tony Stark would say, an “I love you 3,000”.

Christopher Henry is a critic and writer for The Blunt Post. Originally from Boston, Christopher has worked as an actor, singer and comic in New York City for over 10 years.
1ST ANNUAL MENDOCINO PRIDE: CHASING THE RAINBOW FESTIVAL PROVINCETOWN: A POSTCARD OVER THE RAINBOW