JORGE AMEER’S “OASIS” DELIVERS STUNNING VISUALS
AND SCORE, BUT STRUGGLES WITH ITS STORY 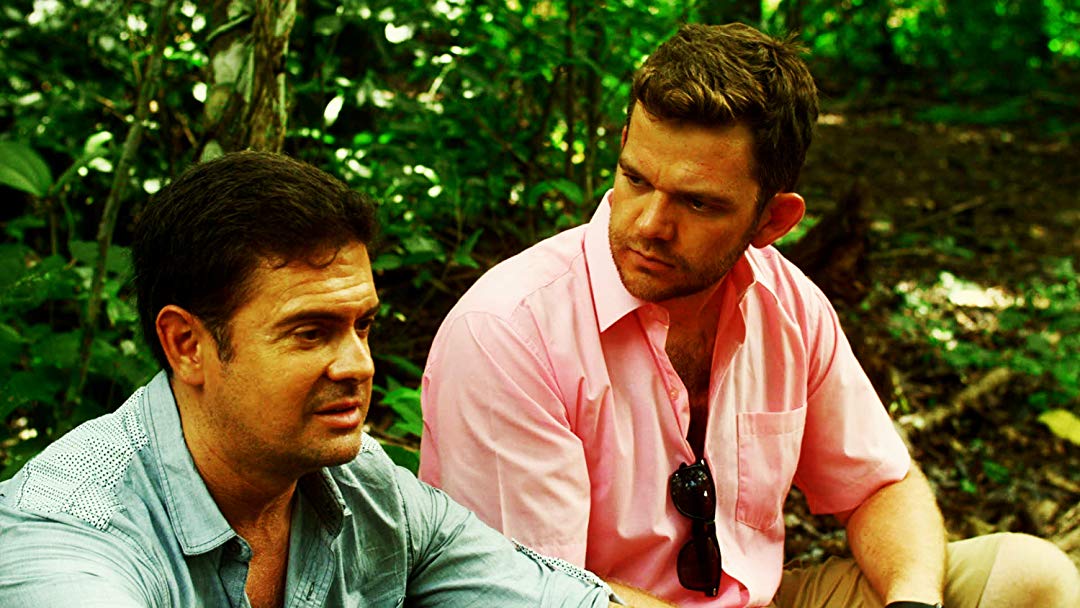 When it comes to films depicting the LGBTQ+ community, one of the common themes that writers and directors tend to explore is the line that exists between deep friendship and romance, especially when it comes to men struggling to confront their own sexuality. One popular example of this depiction was 2005’s “Brokeback Mountain.” While that movie is not without its flaws, it does effectively offer a compassionate and heartwarming portrayal of an unconventional love story where we cannot help but feel a sense of empathy towards all the key characters involved. It is a tough road to navigate as a filmmaker since there is now a vast amount of LGBTQ+ content to choose from, but few that rely on the familiar tropes that we have frankly seen before.

Director and writer, Jorge Ameer attempts to revisit the familiar theme of friendship evolving into romance in his latest film “OASIS.” Set with Panama as the backdrop, the story revolves around two friends Oliver (played by Cesar DeFuentes) and Andrew (Actor and Cinematographer Matthew Lynn). The movie takes us on the journey of Andrew arriving in Panama to reconnect with Oliver and whisk him off to visit numerous beautiful sights and locations that Panama has to offer. Although both characters are married to women (albeit contentiously), the dialogue alludes to an attraction between the pair but never quite affirms whether the relationship was ever consummated by anything more than drunken massages and casual strolls in the nude. Throughout the trip, we learn that Oliver has deeper and possibly unrequited feelings for Andrew, which leads to a few arguments between the pair that could be best described as “bickering.” After ingesting a hallucinogenic drug Andrew purchased called “Oasis”, the plot takes an unexpected turn that leaves the audience marginally intrigued, slightly titillated but a bit confused. 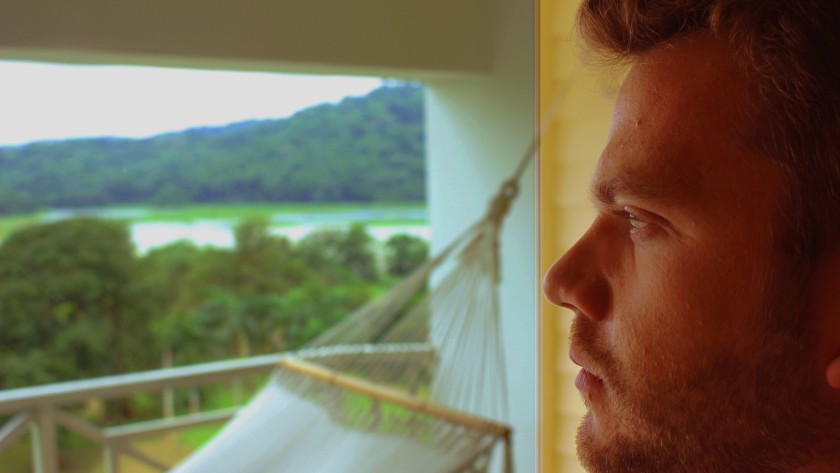 Because of the movie’s short run-time, Ameer has the challenging job of cramming a large sum of exposition into a short hour-long run-time. Some of the exposition blends well into the dialogue, while some feels a bit forced. And in the process of trying to cram certain character details into the script, there are still numerous questions that the viewer winds up having about the background, history and motivations of these men.

One scene that effectively establishes sexual tension is one where Andrew awakens naked after a drunken night of partying and proceeds to strut carelessly around the hotel room in front of the clearly enticed Oliver. If Ameer’s objective was to grab the audience and have them wonder whether something was about to happen, then he certainly succeeded. What Lynn may have struggled with in terms of his acting chops, he more than compensates with his talent for cinematography. The scenic shots of Panama are beautiful, and while the movie may not completely sell you on Oliver and Andrew’s romance, it will make you want to book a plane ticket to Panama.

The sound editing of this film has both an overwhelmingly positive and an some negative. The positive is that the music score of the film perfectly matches the tone that Ameer is trying to set. In particular, the haunting piano accompaniment that occurs approximately 22 minutes into the movie. However, this is partly eclipsed by the numerous problems that seemed to have occurred during the audio looping process. In several scenes, this became a glaring distraction during key moments of dialogue.

“OASIS” is a journey not only for the characters but for its filmmaker as well. There are several elements that work in this film, but far more that don’t. As it stands right now I would give this film a B- rating, with the hopes that should the team decide to revisit the story and polish some needed areas, it could possibly score higher. 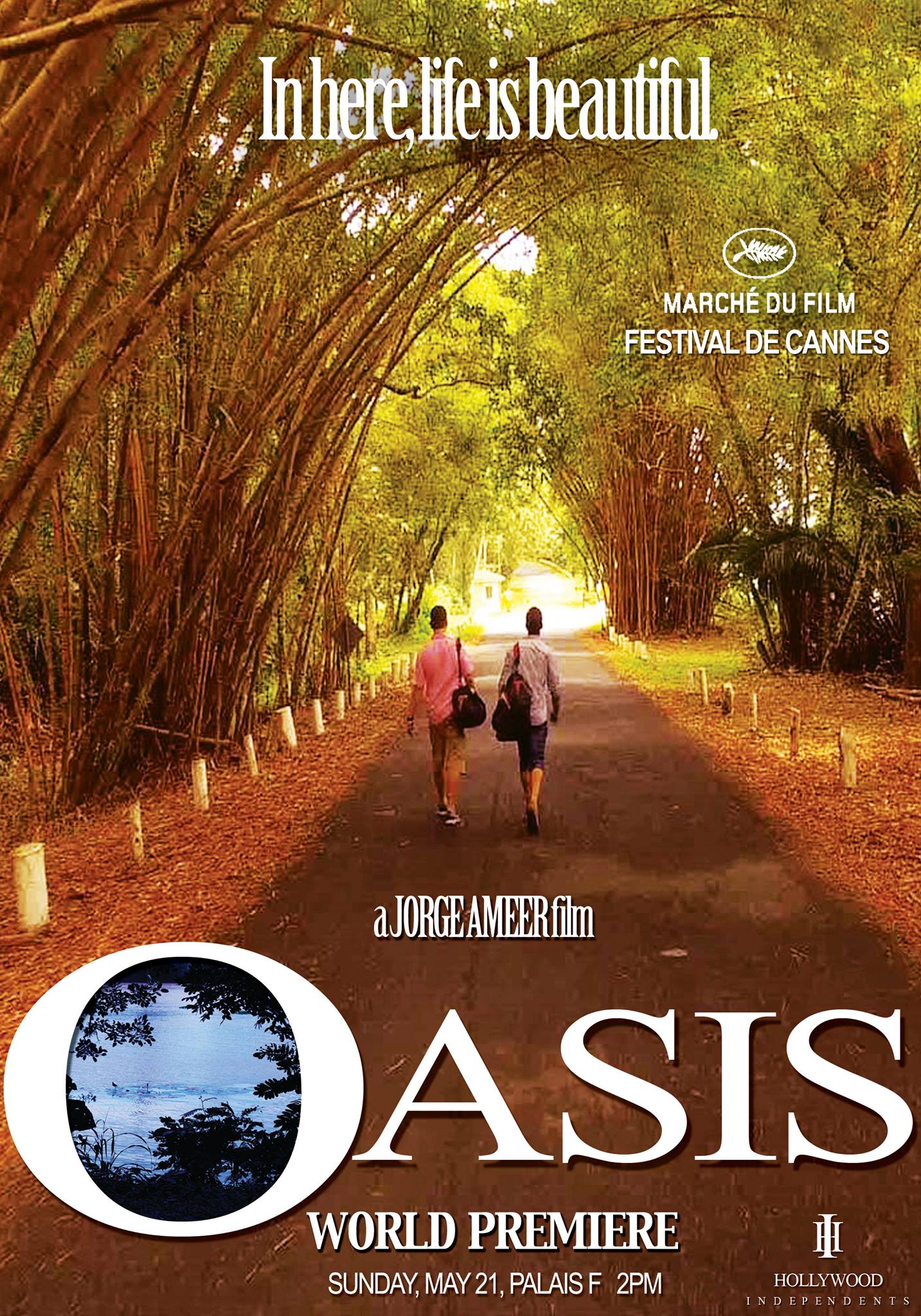 Christopher Henry is a critic and writer for The Blunt Post. Originally from Boston, Christopher has worked as an actor, singer and comic in New York City for over 10 years.
A-Z: CORONAVIRUS FAQ LATEST BuzzKill: Journey in Recovery | The Spirituality of Solitude in Times of Crisis