THE GREAT ARTIST: A CLOSE-UP ON SUFFERING AND HOPE

Every star needs darkness to shine

The exploration of mental health is a precarious subject for any filmmaker to tackle. With the stigma surrounding the conversation slowly diminishing in recent years, many movies have attempted to feature a more diverse and nuanced depiction of mental illness. The greatest pitfalls tend to occur with the sensationalized portrayals that often demonize those afflicted. As a result of this, the film and the audience lose sight of the human being behind the disorder, as well as the anguish they face.

The Great Artist is a short film, that gives us a brief but moving look at the life of a young and successful artist living with Dissociative Identity Disorder. Written by and starring Matthew Postlethwaite, the movie’s plot centers on the opening of his latest exhibit with a few flashbacks that highlight his relationships as well as the 5 distinct identities that reside within him.

This film offers a perspective that is rarely seen in cinema yet discussed with trepidation among artists who live with mental illness. Traumatic experiences can be an integral part of what drives the creative process and tends to facilitate the need to express. This leaves many artists wondering if their art, performance, or other creative endeavors might be negatively impacted by treatment or even by achieving some sort of catharsis. The film tackles this directly by offering us glimpses into the artist’s creative process and how each personality plays a part in the creation of the piece. However, the film doesn’t ignore the consequences of this decision, as we see the strain this places on his handlers, therapist and specifically one of his romantic relationships. 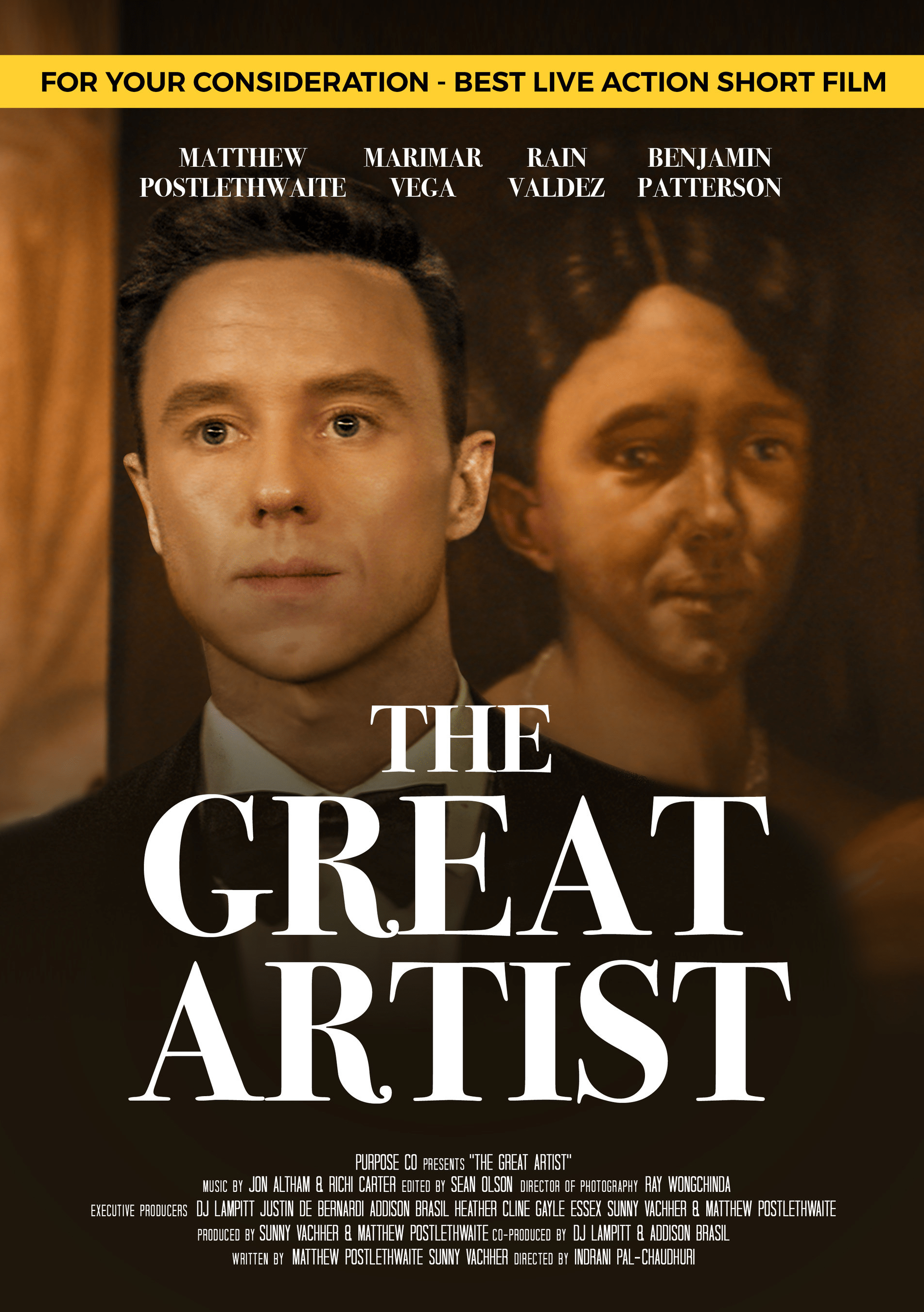 The direction and cinematography both lend themselves perfectly to the sensitive subject matter. Indrani Pal-Chaudhuri, who is known for her dynamic storytelling, allows the emotion to guide the viewer along this turbulent journey. Every moment is used efficiently to convey the pathos of this individual, in a short but effective window in his life. Ray Wongchinda, the Director of Photography, uses gorgeous lighting to convey the shift between different identities including one notable scene around the 8-minute mark, where the alter known as “Layla” works on a painting in one of the film’s most quiet and poignant scenes.

The film’s greatest strength, however, lies in its performances. Matthew Postlethwaite truly bears his soul in one of the most impressive and grounded portrayals of DID on film. There is nothing caricature in his characterization nor is there anything playful. It is a heartfelt and sincere understanding of the pernicious toll that this disorder takes on the human being that drives his performance. In a sequence that lasts nearly 2 minutes, Postlewaite guides us through the emotional surrender his character must give, and indeed many of us have had to, when finding the strength to accept help. The surrounding cast also includes Marimar Vega, Benjamin Patterson, and Rain Valdez who all give equally commendable performances as the personal and professional figures in The Artist’s life. There is a particularly strong scene between Vega and Valdez that serves as the film’s compelling allegory regarding the conflict artists face when faced with the reality that their greatest pain can sometimes provide their greatest gift.

Successfully executing a piece with such a complex message and handled with great empathy is never an easy feat but this film manages to do just that. It manages not only to humanize not only the illness of DID but to humanize the idea of an artist as well. That behind the carefully constructed work of beauty, lies the turmoil and sorrow that one had to endure to produce it. As the film’s character states, “For great art, there must be suffering.”