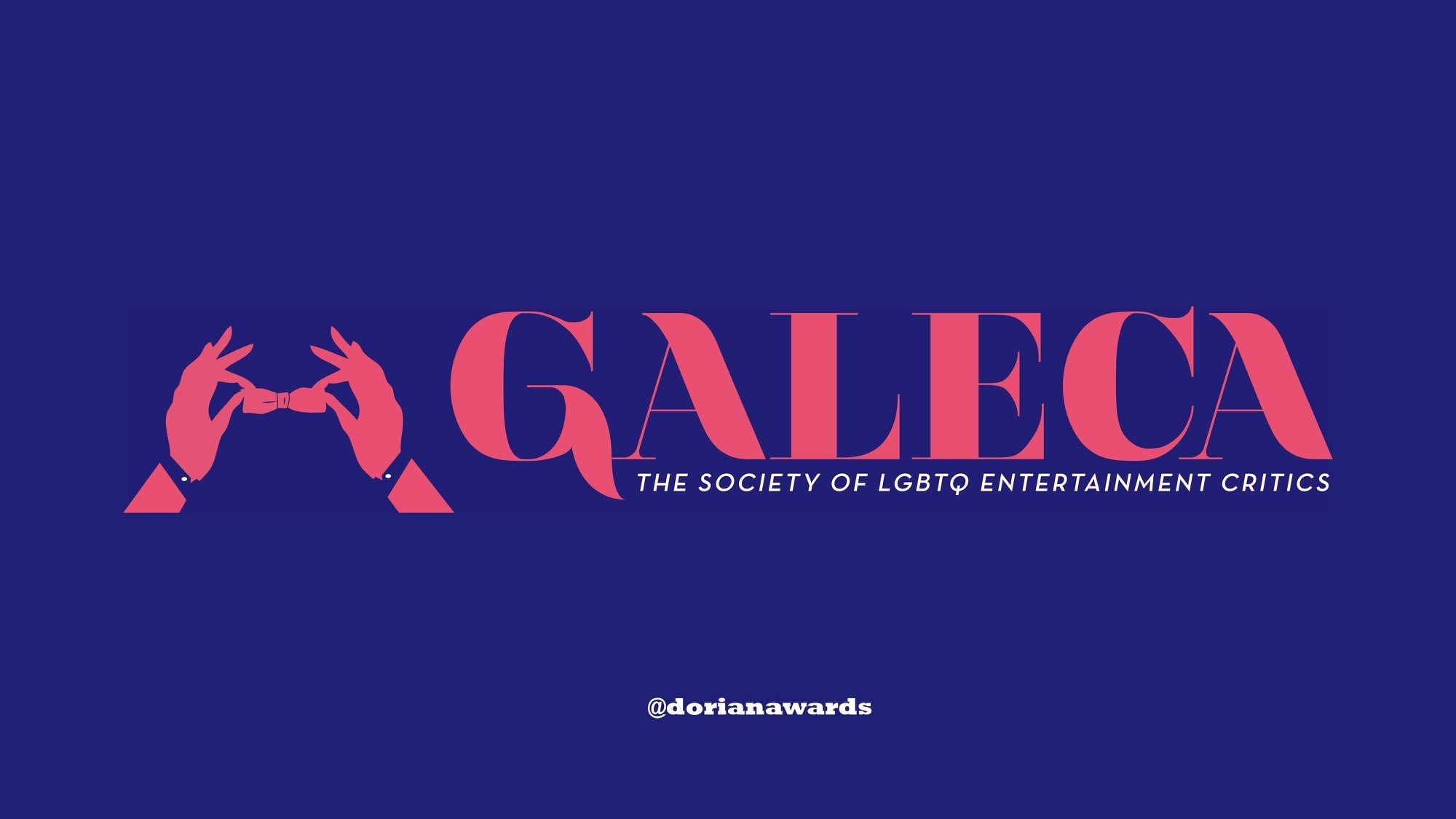 The Society of LGBTQ Entertainment Critics (GALECA) has named its nominees for its milestone 10th Dorian Awards for the best in film and television of 2018. Comic Frank DeCaro Named Host of Group’s January 12th Winners Toast.

Leading in the movie categories with eight nominations is “The Favourite,” followed by “If Beale Street Could Talk,” “Can You Ever Forgive Me” and “Roma” with six nods each, and “A Star is Born” with four. The stars of the latest “Born” remake—Bradley Cooper and Lady Gaga—are both up for Film Performance honors as well as the group’s Wilde Artist of the Year award.

The spectacular, practically candy-coated Marvel adventure “Panther” is one of the titles up for Visually Striking Film of the Year, while the Diane Keaton comedy “Book Club” and “Aquaman” are in the running for the Campy Flick honor.

In TV categories, FX’s transgender-empowering drama “Pose” and BBC America’s biting cat-and-mouse thriller “Killing Eve” lead among drama series. “Eve” headliners Sandra Oh and Jodie Comer, true to their hit’s storyline, vie against each other for TV Performance—Actress, while Hugh Grant and his “A Very English Scandal” paramour Ben Whishaw face each other on the gentlemen’s side. Also making a fresh impression with GALECA, comprised of over 200 members in the U.S., Canada, Australia and the U.K.: HBO’s hitman comedy “Barry,” Pop network’s rich-family satire “Schitt’s Creek,” and Julia Roberts and her cryptic new Amazon conspiracy tale “Homecoming.”

“We’re thrilled by the strong variety of films and TV performances our diverse group of members has chosen to praise,” said GALECA President Diane Anderson-Minshall, Editorial Director of The Advocate. “In a lovely compliment to the Time’s Up movement, several categories, including Wilde Artist of the Year, Wilde Wit of the Year and Rising Star, are dominated by women this year. And it’s inspiring that the majority of our Director of the Year nominees are persons of color, including Spike Lee, Barry Jenkins, and Alfonso Cuarón.”

“It’s hard to believe this is our 10th go-around of giving out our Dorian Awards,” added GALECA’s Executive Director John Griffiths. “In such oddly combative times, that’s really something to covfefe.”

Speaking of cheeky, along with its latest nominations, GALECA has announced that comedian and radio personality Frank DeCaro (“The Daily Show”, Sirius XM’s “The Frank DeCaro Show”) will preside as Master of Ceremonies at its invitation-only 10th Dorian Awards Winners Toast. The event will be held Saturday, January 12, noon to 2:30 at Paley restaurant in Hollywood’s historic Columbia Square.

De Caro, fondly remembered for his turn as the campy movie critic on “The Daily Show with Jon Stewart,” embodies “the perfect mix of wit and sincerity that suits our freewheeling Toast format,” said Griffiths. “He’s not only charming and funny, he has a deep respect for what it takes to make quality entertainment, remains sweetly starstruck even in these jaded times, and keeps his eye and heart on the big picture too.” DeCaro’s latest book, “Drag: Combing Through the Big Wigs of Show Business,” comes out from Rizzoli this spring.

Since GALECA’s first film and TV favorites were named in 2010, over 200 artists and productions have received a Dorian Award, while over 1000 have received nominations. Among its Film of the Year winners are “Argo” and “12 Years a Slave,” as well as two movies directed by Luca Guadagnino, “I Am Love” and “Call Me By Your Name.” With five Dorians each across various categories, “Moonlight” and “Carol” stand as the most awarded films in GALECA history, while “Transparent,” with six wins in best-series categories alone, reigns as the most honored TV title.

Performers? Jessica Lange, Cate Blanchett and Jeffrey Tambor rank as GALECA’s most honored so far, while MSNBC news personality Rachel Maddow and filmmaker Jordan Peele have each been recognized with three Dorian wins in non-performance categories.

Film of the Year

CAN YOU EVER FORGIVE ME?

IF BEALE STREET COULD TALK

A STAR IS BORN

Director of the Year

MARIELLE HELLER, CAN YOU EVER FORGIVE ME?

Film Performance of the Year — Actress

LADY GAGA, A STAR IS BORN

MELISSA MCCARTHY, CAN YOU EVER FORGIVE ME?

Film Performance of the Year — Actor

BRADLEY COOPER, A STAR IS BORN

SAM ELLIOTT, A STAR IS BORN

RICHARD E. GRANT, CAN YOU EVER FORGIVE ME?

LGBTQ Film of the Year

CAN YOU EVER FORGIVE ME?

Foreign Language Film of the Year

Screenplay of the Year

NICOLE HOLOFCENER AND JEFF WHITTY, CAN YOU EVER FORGIVE ME?

Documentary of the Year

WON’T YOU BE MY NEIGHBOR?

LGBTQ Documentary of the Year

THE GOSPEL ACCORDING TO ANDRE

SCOTTY AND THE SECRET HISTORY OF HOLLYWOOD

Visually Striking Film of the Year

IF BEALE STREET COULD TALK

Unsung Film of the Year

Campy Flick of the Year

TV Drama of the Year

TV Comedy of the Year

TV Performance of the Year — Actor

TV Performance of the Year — Actress

LGBTQ TV Show of the Year

Unsung TV Show of the Year

ONE DAY AT A TIME

THE DAILY SHOW WITH TREVOR NOAH

THE LATE SHOW WITH STEPHEN COLBERT

TV Musical Performance of the Year

KEALA SETTLE, “THIS IS ME”, 90TH ACADEMY AWARDS

Campy TV Show of the Year

The “We’re Wilde About You!” Rising Star Award

Wilde Wit of the Year

(Honoring a performer, writer or commentator whose observations both challenge and amuse)

Wilde Artist of the Year

(Honoring a truly groundbreaking force in film, stage and/or television)

Comedian, pop culture pundit and radio/TV personality Frank DeCaro has spent the last three years touring North America as the opening act for Lisa Lampanelli. He is best known for his 12 years as the host of the daily national radio program “The Frank DeCaro Show” on Sirius XM, and his lauded, six-year stint as the movie critic on “The Daily Show with Jon Stewart” on Comedy Central. He is the author of five books including “The Dead Celebrity Cookbook”, “Unmistakably Mackie: The Fashion and Fantasy of Bob Mackie”, “A Boy Named Phyllis: A Suburban Memoir”, and “Drag: Combing Through the Big Wigs of Show Business”, due from Rizzoli in spring 2019. Follow DeCaro @frankdecaroshow and visit his website, www.frankdecaro.com.

GALECA: The Society of LGBTQ Entertainment Critics sponsors the Dorian Awards, honoring the best in film and television. The nonprofit group counts over 200 active critics and journalists writing for legitimate media outlets in the United States, Canada, Australia and the U.K. GALECA aims to generate camaraderie and solidarity in an unsettling media environment, champion constructive criticism and elevate the craft of entertainment journalism. Via panels, screenings and the annual Dorian Awards Winners Toast, GALECA also strives to remind at-risk youth, bullies and bigots that our Q-munity has a rich history of putting great and unique entertainment on everyone’s radar. After all, how would the world fare without knowing what’s campy?