Have YOU Been to the Gayest Town in the World?

Sunny and Warm Round the Year, Over 50 Percent of the Population LGBTQ, and a Hollywood Legacy Going Back a Hundred Years, Palm Springs and Cathedral City, CA, Make it in the Top 10 Queer Towns globally

Palm Springs and its neighboring town, Cathedral City, with consistently brilliant sunshine, offer visitors a little bit of everything year-round. This world-famous town in the Southern California desert is a mid-century haven. The atmosphere is very laid back, and the lifestyle much more relaxed than Los Angeles, about two hours away.

The town’s LGBTQ population is now estimated at more than 51 percent, the highest per capita gay population in the US, if not the world. Even during Donald Trump’s homophobic administration, the desert getaway achieved a measure of fame in 2018 when voters elected the nation’s first city council consisting entirely of members of the LGBTQ community.

Palm Springs’ genesis and prominence can be attributed to Hollywood. In the 1910s, studios discovered the wonders of location shooting in Palm Springs with vacant land, mountains, and boulders for westerns and dunes for films about the Arabian desert.

With the emergence of the studio system when stars were not allowed to be any farther from Los Angeles than within a two-hour drive, in case the studios needed them, movie stars made Palm Springs their weekend retreat of choice.

Year-round, significant events and attractions make Palm Springs and Cathedral City ideal to visit in all four seasons. Here are a few highlights if you consider the desert for your next vacation.

There is now a neighborhood that celebrates Palm Springs’ famous residents. The Movie Colony (TMC) is a neighborhood named after the many famous movie stars who owned homes between the 1930s & 1960s. Some big movie stars who had a house in TMC are Cary Grant, Dinah Shore, Jack Benny, Marilyn Monroe, and Al Jolson.

TMC is located in central Palm Springs, within walking distance to the downtown, and is comprised of approximately 170 homes.

White Party Palm Springs is the largest gay circuit party in the United States and typically attracts more than 30,000 attendees during the Coachella Valley’s spring season. Traditionally, the party takes place over three days, with a series of pool and dance parties from Friday to Sunday. The weekend usually kicks off with a theme party on Friday night. On Saturday, guests are encouraged to dress in white for the main event. White Party also features internationally renowned DJs and music artists. Ariana Grande, Jennifer Lopez, and Lady Gaga performed in recent years. 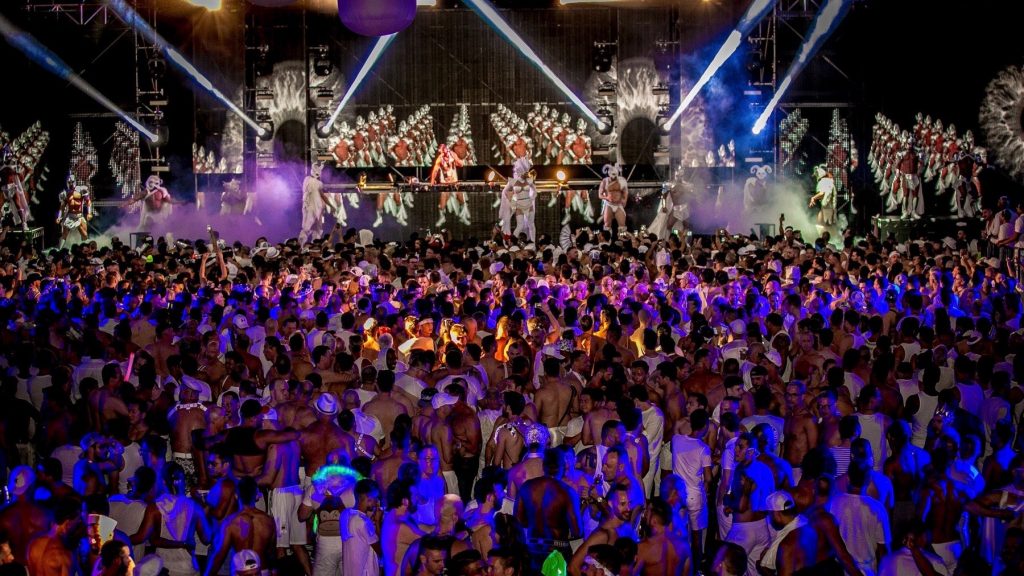 Cinema Diverse, a Palm Springs Cultural Center program, is dedicated to advancing and further strengthening our diverse gay community through the establishment of a world-class film festival that presents lesbian, gay, bisexual, and transgender Cinema from around the world. It features an exciting and varied combination of Feature Films & Short Films from around the globe celebrating LGBTQ+ Cinema.

The Dinah is the largest all-girl music annual festival globally and recently celebrated its 30th anniversary. Known for its diverse, eclectic, and multi-genre line-ups, the weekend festival is the longest-running LGBTQ+ party that brings a massive line-up of pop, R&B, and Hip-Hop music’s very best to Palm Springs. The event has evolved from a small, one-night event at a Palm Springs Museum with 1,500 participants thirty years ago to booking luxury locations at deluxe hotels with some 15,000-plus attendees (LGBTQ+ women, non-binary & trans attendees, and straight allies). 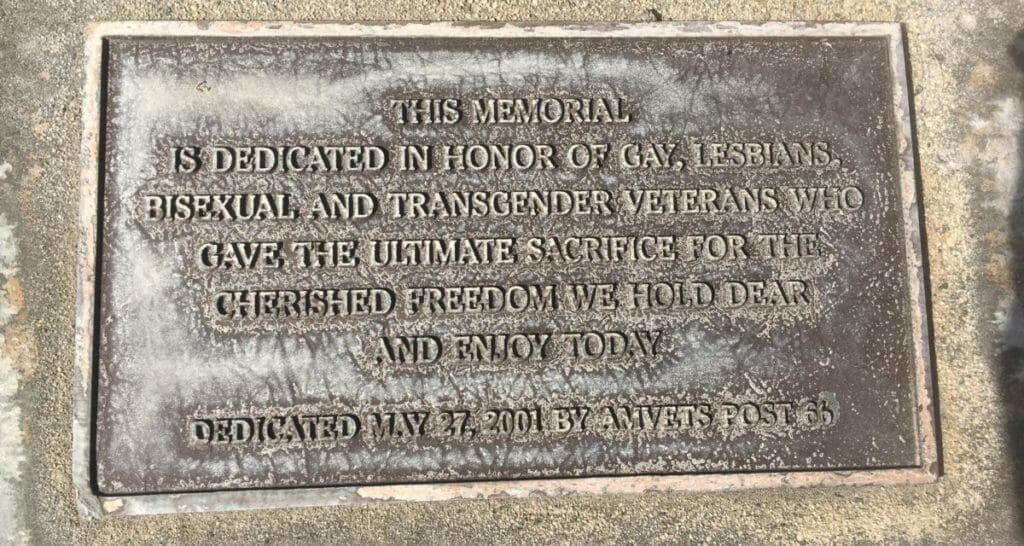 CCBC Resort, which stands for Cathedral City Boys Club, is the largest clothing-optional gay men’s resort in the world. Located just a few minutes from downtown Palm Springs, this 3.5-acre fantasy playground is described by its owner, Richard Altman, as ‘gay men’s Disneyland.’ CCBC is on a cul-de-sac, and Richard owns it, so in 2012, he had the city change the name of the street to ‘Gay Resort Drive.’ CCBC is a vast and expansive hideaway with beautifully landscaped paths and secluded coves, several swimming pools, Jacuzzis, a grotto, a dry sauna, and a friendly staff who manage the hotel with military precision. CCBC has an equally fantastic restaurant called ‘Runway.’ Located directly outside the resort, Runway features American casual dining, a full bar, nightly and weekend shows, and events. 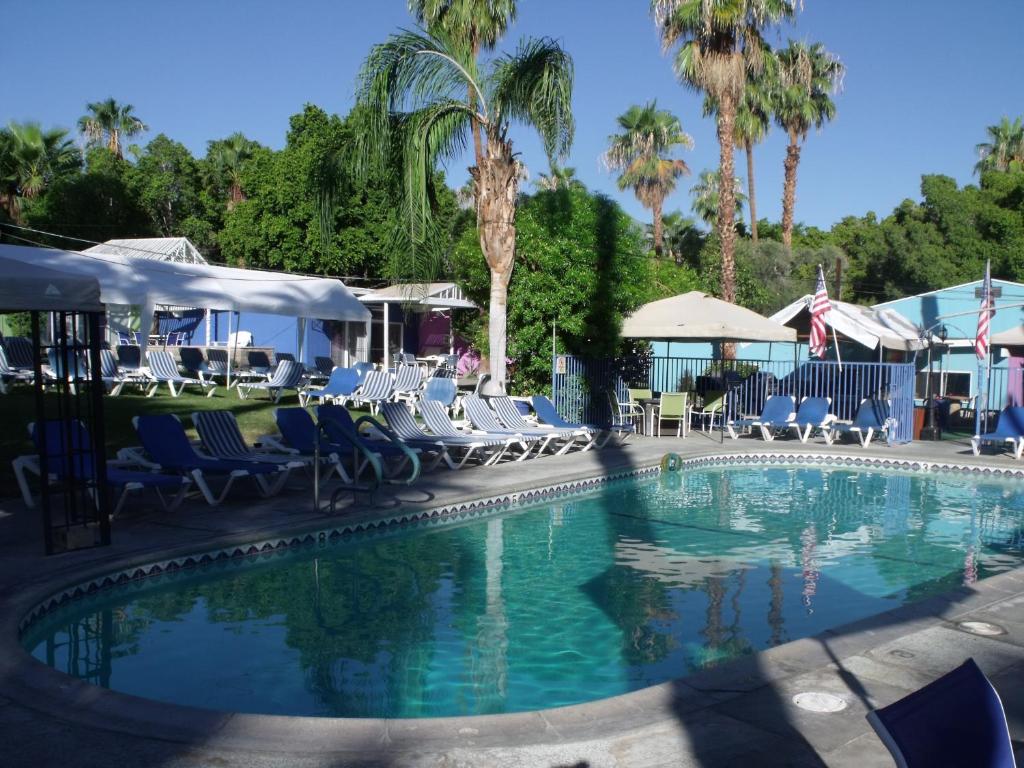 No other resort can offer you the ultimate Palm Springs experience other than CCBC. However, there are over thirty other gay hotels and resorts in Palm Springs and Cathedral City to choose from. Some of them are clothing optional, while others are not. Seventeen of the hotels are in an enclave called ‘Warm Wands,’ all next to each other. There are all kinds of hotels to satisfy anyone’s needs, tastes, and sensibilities.

If you want to find out about all the events, parties, and other fun things happening in Palm Springs but don’t want to search online, then check out the Desert Daily Guide (DDG), the greater Palm Springs’ premiere LGBTQ publication since 1984. DDG’s publisher, Will Paige, is the unofficial honorary Mayor of Palm Springs, so he is in the middle of the action 365 days a year. 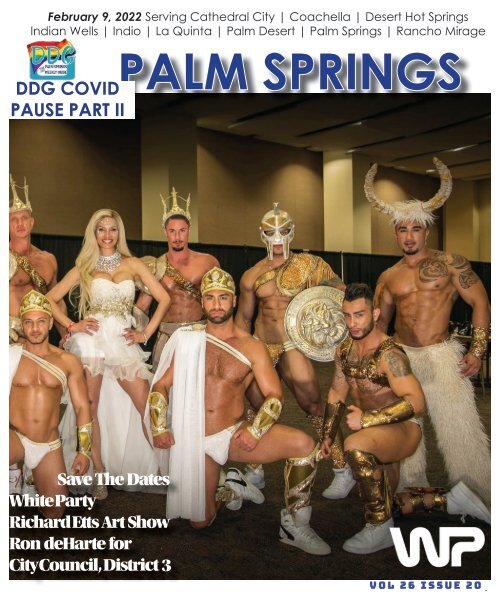 Poolside fun, nightlife, parties, and shopping are only a few activities popular with visitors. The desert is also a perfect vacation spot for outdoor enthusiasts, whether you’re into adventurous activities like rock climbing or milder pastimes like nature walks and guided hikes. No matter how you prefer to enjoy the outdoors, you’ll find plenty of opportunities to get outside in Palm Springs. You can go hot air ballooning, take the Palm Springs Aerial Tramway, or visit one of the many casinos.

Give, Buy, Get the Best of Armenia For the Holidays BALLSY