The world premiere adaptation of Aristophanes’ The Birds is set for this year’s Hollywood Fringe Festival. Adapted by Sabrina Lloyd & the ensemble of nine, directed by Sabrina Lloyd, the show is slated for June 7th, 16th, 21st, 23rd and 27th at The Broadwater (Black Box), home to Sacred Fools Theater Company. 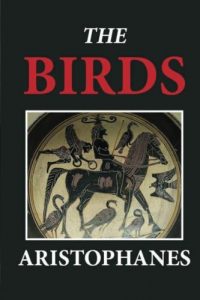 When the world has gone to the birds, the cuckoo is king.

Two shiftless con men scheme to exploit the power of the birds by encouraging them to build a fortress in the sky, from where they can lord over mankind and Gods alike. Aristophanes’ classic comedy The Birds is about corruption, weakness and power; how easily people are exploited based on fear, ego and greed; and how even noble ideas may be corrupted if those who have power are irresponsible and/or selfish. (Sound like anything going on now? Hm? Too soon?) Or, as John Dalberg-Acton, 1st Baron Acton said to an Anglican bishop, “Power tends to corrupt, and absolute power corrupts absolutely. Great men are almost always bad men…

The Birds is one of three shows Sacred Fools presents as part of this year’s Hollywood Fringe.

Among the cast is veteran actor of tv commercials, television and the stage, Brian Hamilton. Just a few of Hamilton’s credits include The Diviners, The Elephant Man, The Circle, The Seagull, and From Here Inside My Head at Penguin Rep in NY. He appeared in Shakespeare’s Twelfth Night at Elmwood Playhouse in Nyack, sang in Jesus Christ Superstar with the Rockland Symphony, then off-Broadway in The Murder Room. In Los Angeles, PVT Wars at The Hudson, Breaker Morant at The Renegade in NoHo, Sockmuffin the Elf at The Globe Playhouse in WeHo, and Butt Pirates of the Caribbean with the hilarious Deadpan Handlers.

Over the last two decades, you may have seen his malleable mug in many high profile TV ad campaigns, and a few sit-coms. Brian currently serves on the SAG-AFTRA Board of Directors in Los Angeles. This is his first time performing at Sacred Fools and in the Hollywood Fringe. 2Brian.com

The Hollywood Fringe Festival is an annual, open-access, community-derived event celebrating freedom of expression and collaboration in the performing arts community. Each June during the Hollywood Fringe, the arts infiltrate the Hollywood neighborhood: fully equipped theaters, parks, clubs, churches, restaurants and other unexpected places host hundreds of productions by local, national, and international arts companies and independent performers. 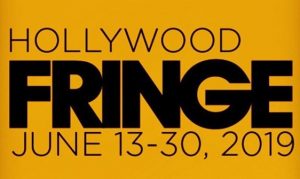 Participation in the Hollywood Fringe is completely open and uncensored. This free-for-all approach underlines the festival’s mission to be a platform for artists without the barrier of a curative body. By opening the gates to anyone with a vision, the festival is able to exhibit the most diverse and cutting-edge points-of-view the world has to offer. Additionally, by creating an environment where artists must self-produce their work, the Fringe motivates its participants to cultivate a spirit of entrepreneurialism in the arts.

The Hollywood Fringe Festival is a non-profit company. The festival gives 100% of box office revenue back to participating artists and venues—that’s over 1.8 million dollars since the inaugural festival in 2010. Donations are essential for both day-to-day festival costs as well as the growth of festival programs and resources. To help sustain Hollywood Fringe, you can donate here. 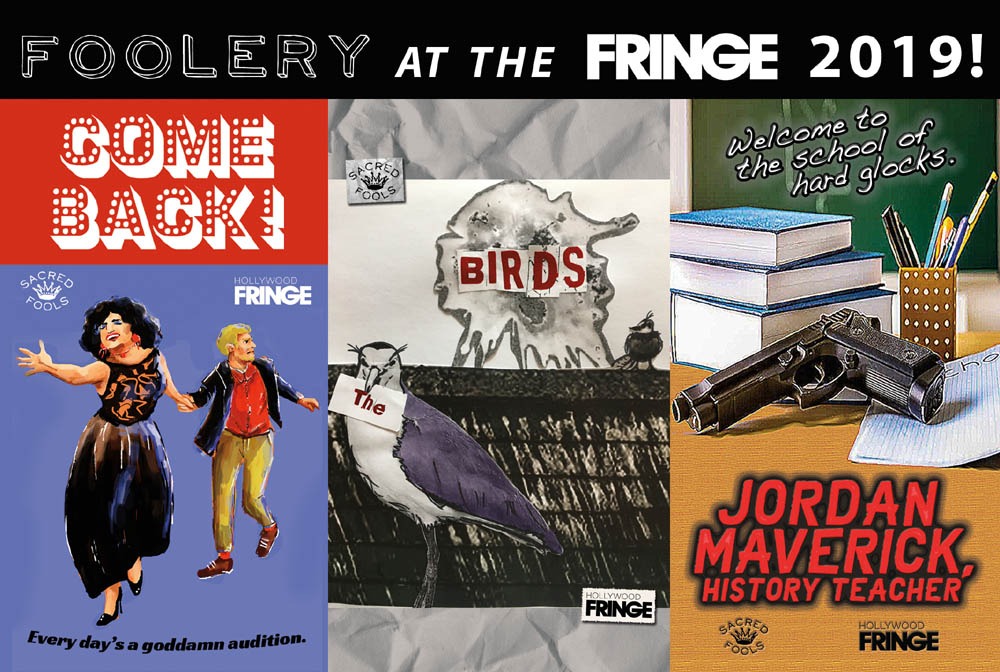