GALECA: The Society of LGBTQ Entertainment Critics, comprised of 260 mainly U.S. journalists covering film and television, has named its final-round choics for 2019’s finest movies, performances and more across a host of mainstream and LGBTQ-focused categories.

South Korean director Bong Joon-ho’s Parasite gobbled up five wins, including Film of the Year, Director and Screenplay. Renée Zellweger took Performance of the Year—Actress for Judy), with Antonio Banderas the top choice in the Actor race. The Society’s Rising Star of the year: Florence Pugh (Little Women).

Among the professional LGBTQ journalists group’s trademark categories, Booksmart scored as Unsung Film of the Year, while Cats took the group’s semi-dubious, if affectionate, Campy Flick of the Year category.

With the Society’s recent move to spin off its television categories with a separate ceremony starting this August, the Dorians’ TV categories came with a somewhat truncated eligibility window of January 1 through November 1.

FX’s Pose again won TV Drama of the Year and LGBTQ TV Drama for the second year—and its star Billy Porter took another Dorian win as well—while Comedy Central’s The Other Two was named best Unsung TV Show. Amazon’s Fleabag was anointed TV Comedy of the Year, with star-creator Phoebe Waller-Bridge reigning as TV Performance of the Year—Actress and Wilde Wit of the Year.

Lady Gaga wowed GALECA’s members in a special vote as Wilde Artist of the Decade. Gaga’s duet with Bradley Cooper on “Shallow” at last year’s Oscars also counted with the groupas the TV Musical Performance of the Year.

As previously announced, Olivia Wilde, the first-time director of Booksmart, will be receiving a special honor at the group’s Dorian Awards Winners Toast, which will be held brunchtime Sunday, February 2, in Los Angeles, before football fever kicks in. The invitation-only event will include a raise of the glass to Wilde, named GALECA’s Wilde Artist of the Year.

GALECA, formed in 2009, aims to generate camaraderie and solidarity in an unsettling media environment, champion constructive film and television criticism and elevate the craft of entertainment journalism. Via panels, screenings and our annual Dorian Awards, GALECA also strives to remind at-risk youth, bullies and bigots that the world looks to the Q eye for leads on great, unique movies and TV. And how would the world fare without knowing what’s campy?

Film of the Year

Director of the Year

Film Performance of the Year — Actress

Film Performance of the Year — Actor

Tom Hanks, A Beautiful Day in the Neighborhood
Al Pacino, The Irishman
Joe Pesci, The Irishman
Brad Pitt, Once Upon a Time in … Hollywood
Song Kang-ho, Parasite

LGBTQ Film of the Year

Foreign Language Film of the Year

Screenplay of the Year

Documentary of the Year

LGBTQ Documentary of the Year

Circus of Books
Gay Chorus Deep South
The Gospel of Eureka
5B
Scream, Queen! My Nightmare on Elm Street

Midsommar
1917
The Lighthouse
Parasite
Portrait of a Lady on Fire

Unsung Film of the Year

Campy Flick of the Year

TV Drama of the Year

TV Comedy of the Year

TV Performance of the Year — Actor

TV Performance of the Year — Actress

LGBTQ TV Show of the Year

Unsung TV Show of the Year

TV Musical Performance of the Year

Campy TV Show of the Year

The “We’re Wilde About You!” Rising Star Award

Wilde Wit of the Year
(Honoring a performer, writer or commentator whose observations both challenge and amuse)

GALECA is a proud core member of CGEM: Critics Groups for Equality in Media. Support GALECA.org The Society of LGBTQ Entertainment Critics on Instagram @Dorian_Awards and on Twitter and Facebook @DorianAwards. 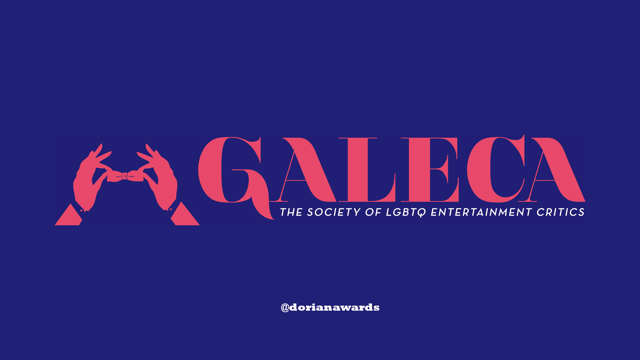