Paul has been making audiences laugh since he first broke out of his shy and timid shell in the 4th grade. It started one night when he was supposed to be asleep in bed, but heard his dad laughing at something on the television downstairs. He snuck out of his room, tip-toed down the stairs just enough to get a peek at the television. He saw someone (and wishes he knew who) standing on a stage in front of an audience, holding a microphone and making that audience, and his dad, laugh. He didn’t know what it was, but he knew making people laugh was what he wanted to do.

Paul quickly emerged as the class clown in the 4th grade, his first audience and remembers telling his teacher Ms. Lyons that he wanted to be a stand-up comedian. In the 6th grade he was asked by the principal to share the school’s motto and to explain the school’s acronym of LARK (Learning, Accountability, Respect and Kindness) in an assembly in front of the entire student body, teachers and staff. Sure, he could have just recited and explained them in a straight-forward manner, but this was his largest opportunity yet! He instead launched into an impersonation of the school’s principal Mr. Gallardo and did the entire recitation in character. It was a smash hit and the first time in his life that Paul stood on a stage, holding a microphone and made an audience laugh.

‘I remember thinking, ‘Hey that sounds a lot like the Oxymoron troupe I saw back in high school’ 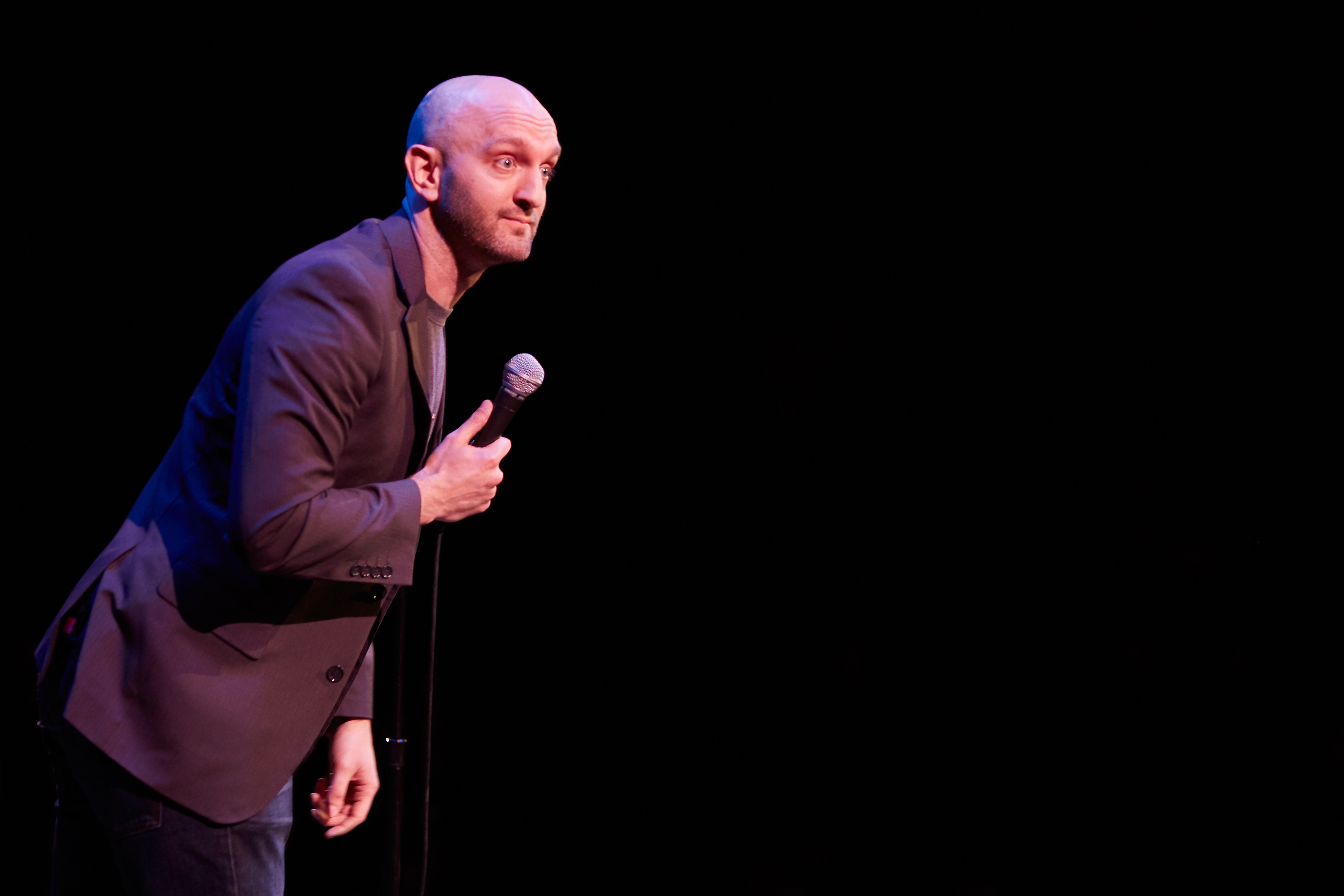 Although it should have been clear that comedy was his path, as many comedians and entertainers know the road to a successful entertainment career is rarely clear and simple. “I always struggled believing in myself or finding the confidence to really go for what I wanted in life until I was in my 30s. Even though comedy and performing were always in my heart I had some sort of mental or emotional block that kept me from really pursuing it seriously,” Paul expressed with a hint of regret. It would take many years for him to find his way to comedy. He spent his years in Junior High and High School pursuing music, playing drums in the marching band, learning piano, and even singing in the choir, but had almost no involvement with comedy or performance outside of music. But it was in high school that Paul was first introduced to improv comedy when his best friend had a birthday party at a short-form improv club in Scottsdale called the Oxymorons. “I was absolutely blown away by what I was seeing.” Awestruck, he remembers laughing so hard, but never imagined that one day he would be that performer on stage. “I was just so insecure and unwilling to really try and put myself out there. Even though I was so drawn to improv and comedy.”

In college Paul pursued a degree in business and obtained a real estate license, but even though he was straying away from entertainment his draw toward comedy never went away. One night some friends of him from college invited to him to go see an improv comedy show called the Jester’z. “I remember thinking, ‘Hey that sounds a lot like the Oxymoron troupe I saw back in high school.’” It turned out that Jester’z was created by a performer from the Oxymoron’s after that troupe had folded. “There I was again, sitting in the audience of an improv show laughing hysterically, in complete awe of what I was seeing. But STILL, I just never thought I could ever do it myself.”

‘I had a real comfort with improv. With improv you have a cast, you have a team. You are trained to support each other in any scenario possible, and to listen and connect’

Paul became a regular at Jester’z, attending their weekend shows as often as he could. He would never admit it to himself, but more than anything he wanted to be on that stage. He even had friends telling him that he should give it a try and that he could do it, but he remained a mere audience member. 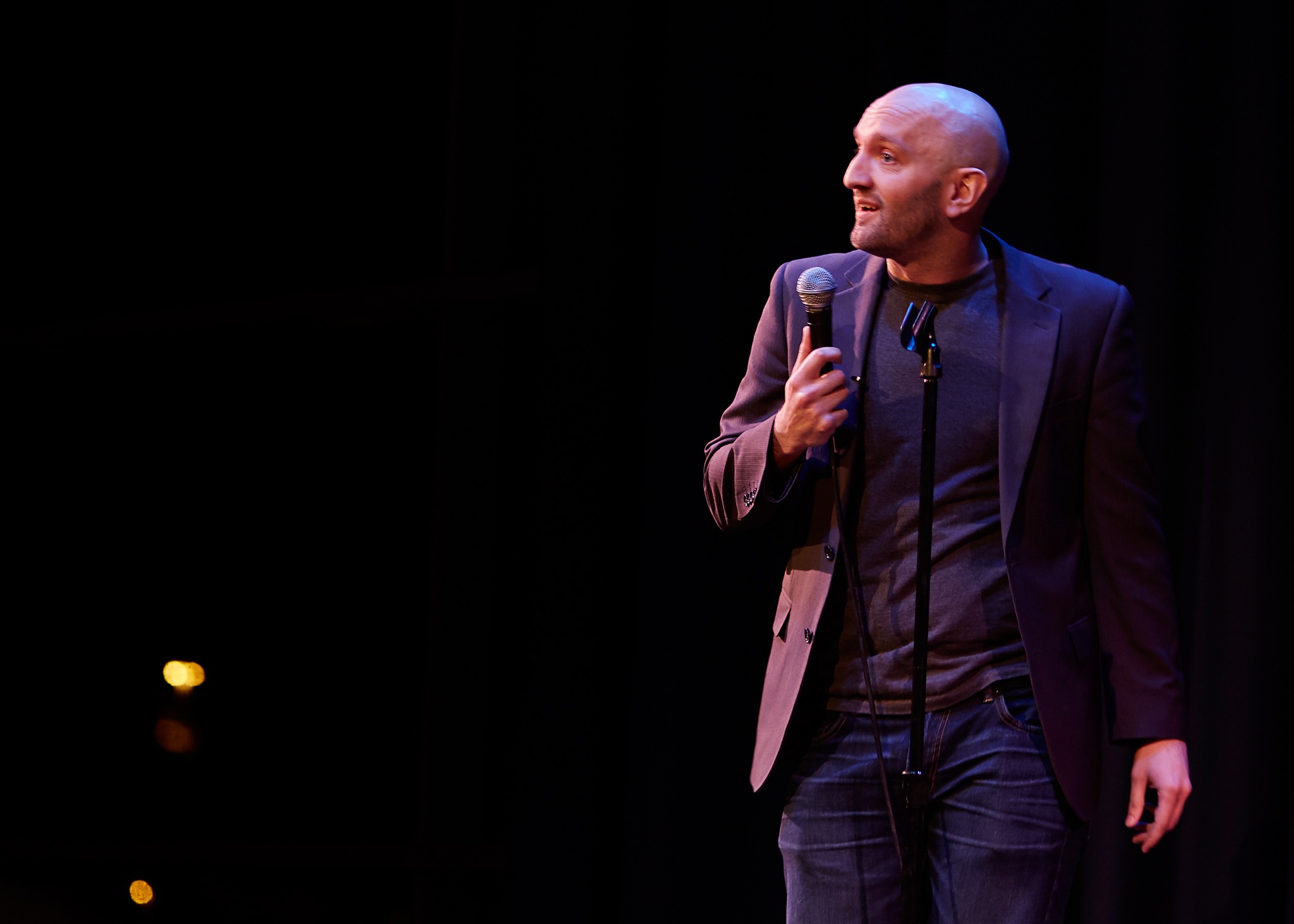 Finally, in 2008 the owner of Jester’z, Jef Rawls, who knew Paul personally due to his super-fan status, invited Paul to take an improv class with him. After 6 months of improv classes Paul was invited to be a performer on the Jester’z main-stage company. It was the first official step to Paul’s comedy career.

Paul quickly became a crowd favorite and top performer with the Jester’z. He soaked up every minute of the stage, rehearsals and classes. He realized that his musical training was also an asset as he introduced music improv to the troupe, utilizing his skills as a piano player and singer. There were many great years at Jester’z and hundreds of shows and performances. Paul began teaching improv classes himself at Jester’z, including music improv. But there was something that kept nagging him. This was improv, NOT stand-up.

“I had a real comfort with improv. With improv you have a cast, you have a team. You are trained to support each other in any scenario possible, and to listen and connect. Honestly, the thought of doing stand-up terrified me. I had no inclination that I could be a stand-up or be successful. Just like I never thought I could be a Jester and be an improviser. There was something rooted deep in my psyche that just refused to believe in myself. I loved improvising, I loved the Jester’z but branching out and trying something new was just not in my DNA at the time.”

‘After the showcase Tony sat me down and said quite blatantly,
‘What the F*** are you doing in Arizona?’ 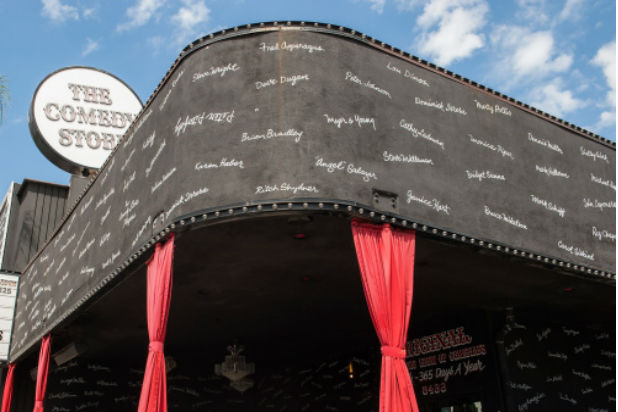 Even though Paul wasn’t looking for stand-up, stand-up eventually found him. In 2014, during a brief hiatus from Jester’z, Paul met his first stand-up comedy mentor, Tony Vicich. Tony was offering a free stand-up comedy class and because it was free and only one night, Paul figured he’d it give it a shot.

The free class turned into a 5-week stand-up course, which ended with a student showcase. Paul stood on a stage, with a microphone in front of an audience and made them laugh. Although it was his first stand-up set, his 7 years performing at Jester’z had provided him with ample performance experience to draw on and it went well. “After the showcase Tony sat me down and said quite blatantly, ‘What the F*** are you doing in Arizona? Why aren’t you in New York, why aren’t you in LA.’ I was shocked. Never in my life had anyone ever suggested that I had what it takes to be a comedian in the world’s most competitive cities and comedy markets. The vote of confidence from Tony was reassuring and meant a great deal. 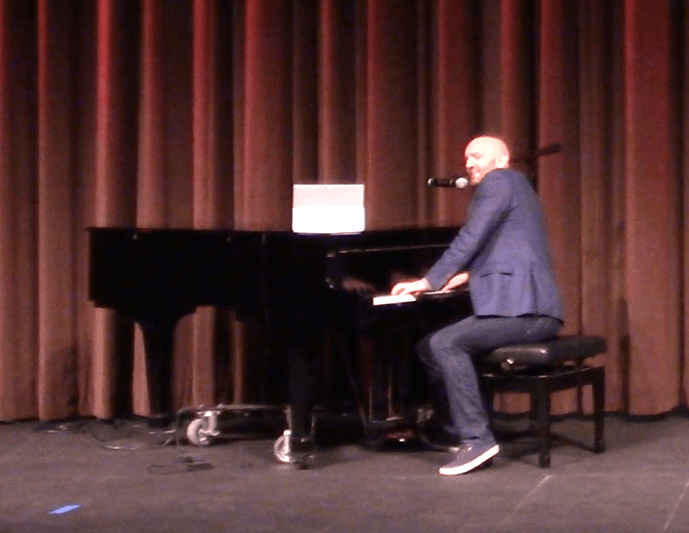 In 2014, Paul began to consider the possibility of what it would look like for him to move to LA and pursue a career in comedy. After a year of studying with Tony, gaining confidence and a whole lot of faith, on Labor Day weekend 2015, Paul packed up a third of his possessions since that is all that would fit in his new place and left a two-story house with a pool and hot tub to move into a four hundred square foot room in Los Angeles that cost him twice as much. With no friends, contacts or prospects he began the pursuit of his lifelong dream of being a comedian.

After four years of living in Los Angeles Paul has worked on honing his skills as a comedic actor, stand-up comedian, writer and improviser. He has performed at the most coveted comedy venues in Southern CA and beyond.

With his new success, acting and teaching jobs soon followed, as well as invitations to perform at various festivals. 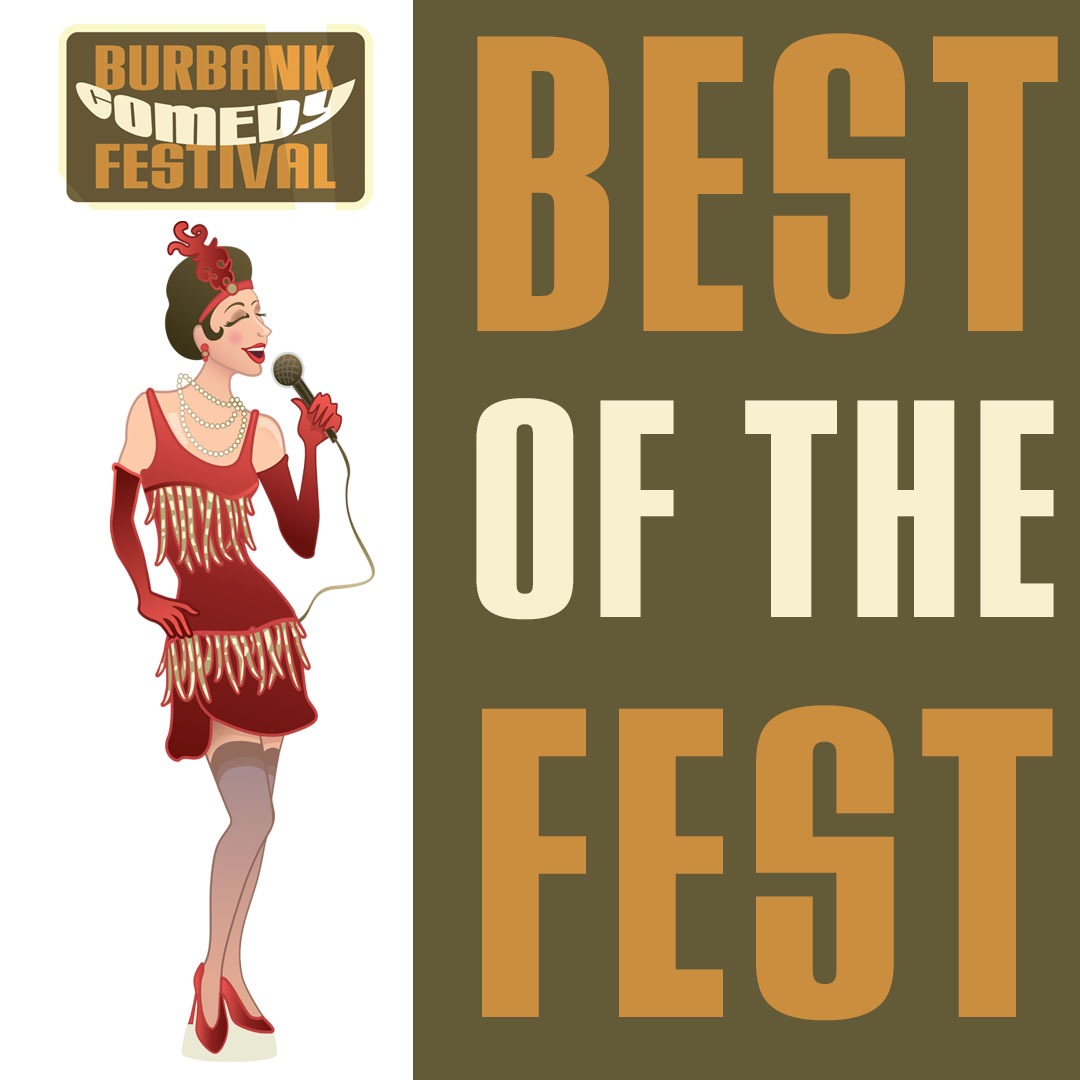 What is unique about Paul’s comic style is his ability to maintain a clean comedy act without it seeming obvious that he’s being clean. He rarely uses any profanity if at all, and his subject matter is appropriate for all ages. Although he does not advertise himself as a “clean comedian,” he is not vulgar by any stretch. When asked why he does not advertise himself as “clean,” he said, “There seems to be a stigma about calling yourself a ‘clean comic’ almost like you aren’t really a true artist or something. Which maybe there is some truth to that but my only mission with comedy is to make people laugh and for them to feel good about laughing. I’m not out there trying to push an agenda, or make a statement, I just want people to laugh and I want as many people to laugh as possible.”

For more information about Paul Green, including schedule of shows, please visit PaulGreenComedy.com

DTLA PROUD FESTIVAL BRINGS PRIDE TO PERSHING SQUARE CARTERIS PULLS A ‘TRUMP’ IN HOLLYWOOD, BUT MODINE IS NO AL GORE