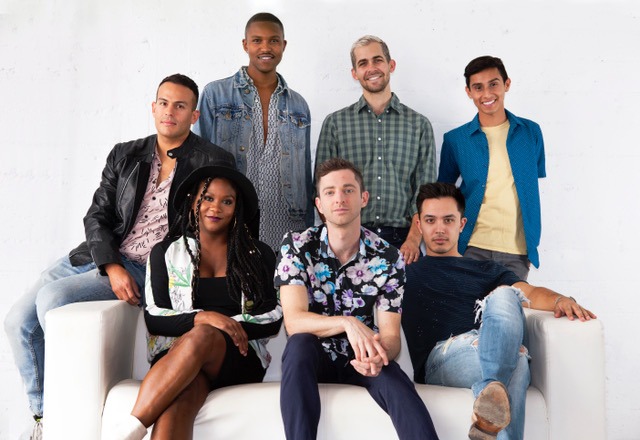 This sexy, talented, POC ensemble has given humor and tears over the past three years. One of the breakout LatinX stars, Frankie A. Rodriguez is now the queer series regular, Carlos, on Disney+’s upcoming, highly anticipated “High School Musical: The Musical” series. The Outfest Episode beautifully tackles actor/producer Lee Doud’s gay Asian and intergenerational relationship.

The final season of I’M FINE follows Nate and his band of friends as they continue to splinter off into their own journeys as other friendships develop. This season tackles themes of identity, monogamy, shame and the gay generational divide. Jeff progresses in his relationship with Zachary, revealing aspects of a past he was hardly prepared to grapple with himself. Nicole entertains an unexplored interest in women through an alluring new coworker, while Andy and Brian rekindle things with the possibility of a third. Mick continues to unabashedly be himself, figuring out his place in L.A. quicker than most. And lastly, after searching for himself and landing in a place of comfort, Nate gets an unexpected newcomer into his life, an older gentleman who challenges everything he thought he knew about himself and relationships. Could this force him to make a big decision about his future in a city he finally learned to call home?

“Working on I’M FINE has been one of the most rewarding experiences of my life, and it’s all thanks to my creative I’M FINE family I’ve been able to cultivate over these past three years” said Brandon Kirby, Creator of the show. He added, “This series began over a break up, as the cliche now says, all gay web series are about a breakup. And back in 2016, IM FINE was no exception. I used my heartbreak as a creative outlet to create Nate, a fictionalized version of myself brought to life by Perry Powell, who imbued the character with so much unexpected depth that I soon realized this character and this story would go quickly go beyond any real life touch points.”

ABOUT THE CREATIVE TEAM

Brandon Kirby is the creator, writer and director of the Dekkoo original series I’M FINE, the third and final season of which releases this year. He also served as producer on the Dekkoo short film FACES and the Revry short film HE DRINKS, with more projects currently in production. Having graduated from Michigan State University, he began his career in L.A. seven years ago and is currently gaining his Master’s degree from Loyola Marymount University. In his spare time, he serves as co-host on the film podcast MOVIES IMO and is involved with fundraising efforts through AIDS/LifeCycle and Outfest.

Frankie A. Rodriguez has worked in television and film for the last four years and can be seen in the guest-starring role of Eduardo on ABC’s “Modern Family” and Dekkoo’s Original series “I’m Fine”. Now cast as series regular on the Disney+’s “High School Musical: The Musical,” Rodriguez plays Carlos — captain of the color guard and the student choreographer for the show. Originally from central California, when he was five years old, Frankie dreamed of becoming a background dancer for Jennifer Lopez. That same dream still stands today.

After graduating from UCLA’s School of Theater, Film, and Television with a degree in acting, Lee Doud began pursuing his professional endeavors in Hollywood. Along with Dekkoo Original “I’m Fine”, Lee’s TV credits include Showtime’s “Californication”, “House of Lies”, “Last Man Standing”, and upcoming thriller “Dark/Web”. On the film side, he can also be seen in SXSW hit “KTown Cowboys”. As a producer, Doud worked on short film “Another Stupid Day”, followed by feature film “The Amateur” with the same team. “The Amateur” can currently be streamed on Amazon Prime. Lee is inspired by storytelling that can help make a difference in the world by representing different points of views or ways of life.

Ulysses Morazan plays Brain in Dekkoo’s Original series I’m Fine. He can also be seen playing Abel in Somebody Else, an official selection at the 2019 Outfest Fusion’s Festival and last year got play alongside Angela Kinsey in Sherry a 2018 California’s Women Film Festival Selection for best comedy short. Other credits includes BuzzFeed’s “You Do Two” and “Lesbian Princess.” He currently studies at The Groundlings Theater and School and loves it!

Perry Powell is a performer and art director based in Los Angeles. He has starred in dozens of plays and short films and created designs for clients including HBO, NBC, Comic Con, The LA Philharmonic Orchestra, Invertigo Dance Theatre, The Party By Ostbahnhof, Lightning in a Bottle, & Alaska Thunderf*ck. I’m Fine is his first experience leading a web series.

Will Branske is an actor and photographer living in Los Angeles, CA. He has appeared in a number of short films, commercials, and web series’ since moving to LA and is continuing to put out content involving/documenting the queer community of today. He is so happy to have been involved with “I’m Fine” and to have directed an episode of Season 3. You can see him as one of the lead characters in an upcoming web series titled ‘The Spins’ and his photography work on his instagram @willbranske.”

Jennifer DeFilippo is an actress and filmmaker living in Los Angeles. She has appeared in numerous television shows and films, as well as many national commercial campaigns. After receiving a Bachelor of Arts in Theatre from Loyola Marymount University, she furthered her training in improv comedy at prestigious schools such as The Groundlings, Upright Citizens Brigade, and Second City. Jennifer has performed on television shows such as Modern Family, Masters of Sex, Parenthood, Shameless, New Girl, and Late Night with Conan O’Brien. She’s recurred in the Dannon Oikos Yogurt campaign opposite John Stamos and “fell from heaven” in the well-received AT&T Commercial opposite Karan Soni. Jennifer has also had the pleasure of working with directors such as William H. Macy, John Putch, and Larry Charles.

Founded by UCLA students in 1982, Outfest is the leading organization that promotes LGBTQ equality by creating, sharing and protecting LGBTQ stories on the screen. Outfest builds community by connecting diverse populations to discover, discuss and celebrate stories of LGBTQ lives. Over the past three decades Outfest has showcased thousands of films from around the world, educated and mentored hundreds of emerging filmmakers and protected more than 20,000 LGBTQ films and videos. Outfest is a 501(c)(3) nonprofit organization.

For more information about Outfest, including festival schedule and tickets, please visit Outfest.org 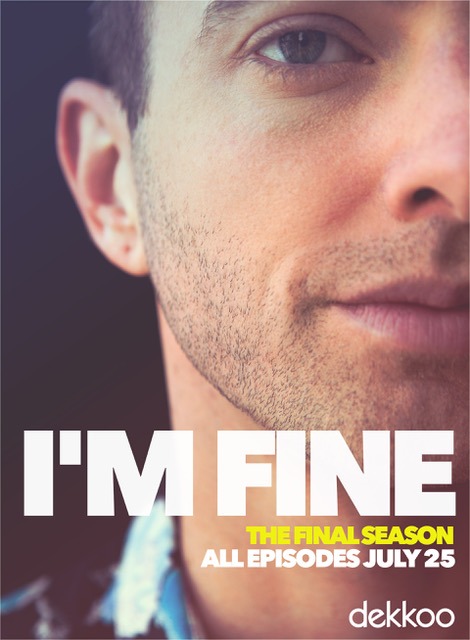