Set in the 1980s in the fictional town of Hawkins, Indiana, the critically acclaimed Netflix series focuses on the investigation into the disappearance of a young boy amidst supernatural events occurring around the town, including the appearance of a peculiar girl with psychokinetic abilities who helps the missing boy’s friends in their own search. Rockwell brings to life the Duffer Brothers’ mix of investigative drama, supernatural elements, and 80s nostalgia, with a diverse cast, live band, and a spate of pop songs from that era sure to thrill audiences.

The show borrows from the beloved Choose Your Own Adventure series of books, with the audience rolling oversize dice during the show to determine the fate of the Stranger Things kids.

“I love working at the Rockwell because the people there sing their faces off and it’s a cool place to do theater”, said Marissa Jaret Winokur. She continued, “when they asked, I jumped at the opportunity to play Barb because we all know that she’s the coolest character in the show.”

Writer and Executive producer, Kate Pazakis, said, “We always try and merge movies and musical theatre, and love revisiting and retooling popular films and series for the live audience.” She added, “Our live band and slew of hit pop songs develop this cult classic story in a way that UMPO Rockwell audiences have come to expect – a night of great talent, entertainment and laughter!”

The show kicked off its 4-week limited run on Friday, October 26th. Rockwell Table & Stage is located in Los Feliz at 1714 N. Vermont Ave, Los Angeles. Tickets are now on sale at www.rockwell-la.com. 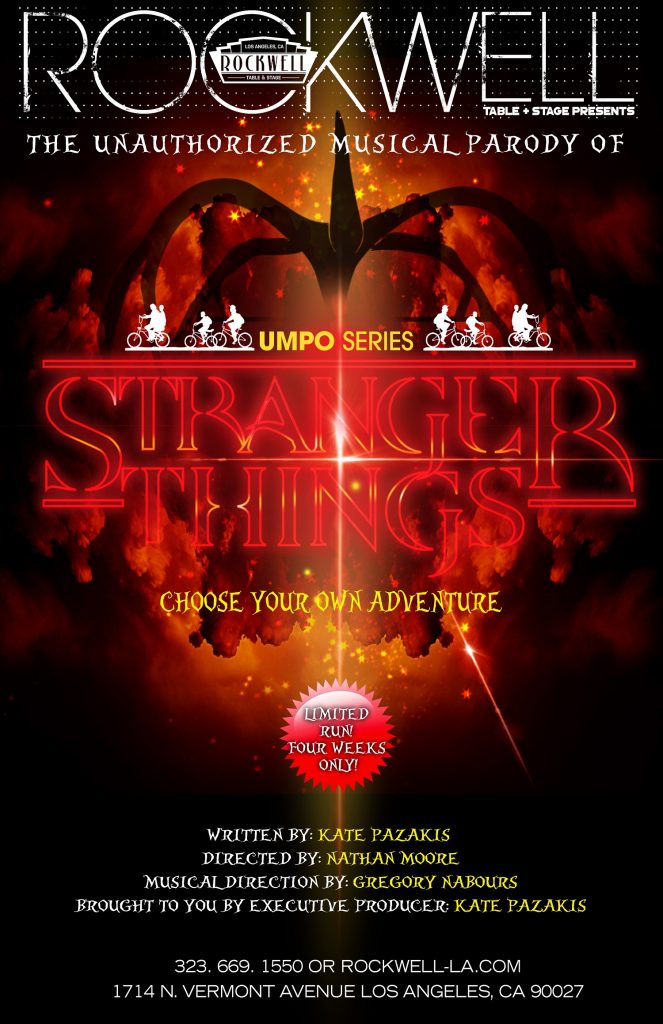