FILM REVIEW: “A STAR IS BORN” 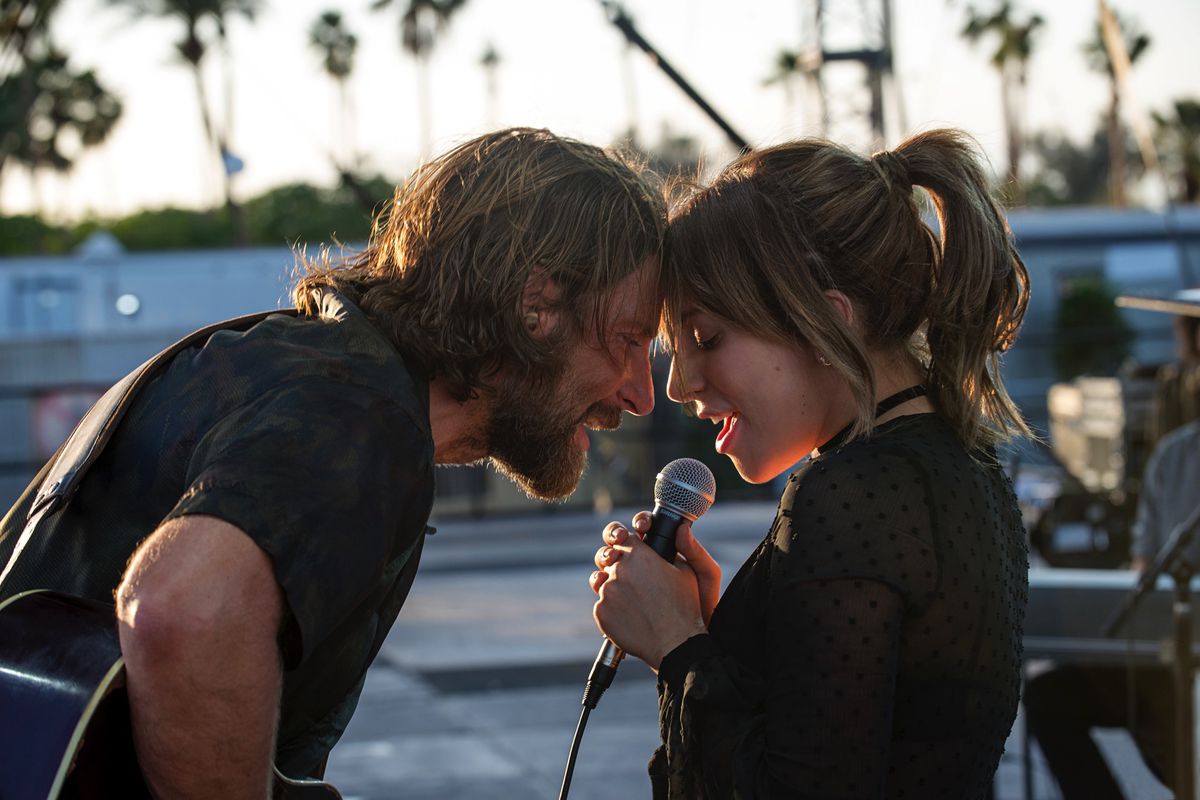 Over the years, there have been numerous Hollywood movies that have been subject to a remake. Sometimes the story remains virtually identical from a narrative perspective and merely showcases a modern visual aesthetic. Sometimes the story is completely reimagined or interpreted for the time period it was made, updating certain elements and events for the current audiences. It’s a gamble that has been met with equal parts success and failure in cinematic history.

Warner Bros. Pictures’ latest remake, A STAR IS BORN, has been eagerly and anxiously anticipated by critics and audiences alike. The film marks Bradley Cooper’s directorial debut and serves as a breakout cinematic role for recording artist Lady Gaga. The “rags to riches” story has had three previous incarnations with the original being led by Janet Gaynor and Fredric March in 1937. Subsequently it was made into a musical starring Judy Garland and James Mason in 1954, followed by the 1976 remake starring Barbra Streisand and Kris Kristofferson. Though the first two versions were universally lauded, the 1976 version was widely panned. To say this current interpretation had a lot to live up to, would be an understatement; but fortunately it lives up to its first two predecessors.

The story centers on country singer, Jackson Maine (Bradley Cooper), an artist whose career has been gradually declining due to his drug and alcohol addiction. One night following a concert he stumbles into a local drag bar and witnesses server and struggling artist, Ally (Lady Gaga), performing “La Vie en rose.” Their mutual attraction leads them to spend the evening together and Ally reveals that she has struggled to make it in the music industry due to her appearance. Jackson encourages not only her vocal talent, but her hidden songwriting ability and invites her to perform with him at his upcoming concert. Although refusing at first, Ally joins Jackson onstage to perform a song she had written. The movie then chronicles their romantic relationship; Ally’s rise to fame and Jackson’s substance abuse come into repeated conflict.

The most spectacular and moving performances come from both Cooper and Gaga. Their chemistry is not only mesmerizing and believable, but evolves throughout the film as we detect the subtle notes of Jackson’s jealousy building and growing in a way that isn’t rushed or forced. Cooper’s performance as Jackson Maine stands alone from the male leads of the previous adaptations, evoking a compassion and sorrow that makes his character equally as engaging as Gaga’s.

Gaga’s captivating portrayal of Ally is pitch perfect and authentic, securing her status among the pantheon of divas like Garland and Streisand. There are no traces of the pop singer’s recognizable personality, despite a journey that bears similarity to her own rise to fame. Rounding out the movie are stellar performances from the supporting cast including Ally’s close friend and coworker, Ramon (Anthony Ramos), her record producer, Rez (Rafi Gavron), Jackson’s brother, Bobby (Sam Elliott), and Lorenzo, Ally’s over-eager but supportive father (Andrew Dice Clay).

The catchy soundtrack contains original music penned by Gaga, Cooper and Lukas Nelson, son of country singer Willie Nelson. Anyone familiar with Lady Gaga’s work knows that her musical ability is formidable, but surprisingly, Bradley Cooper’s musical talents are showcased as well. The song, “Shallow”, will likely not only earn an Oscar nod, but attention at the Grammy’s as well.

Two aspects of the film that deserve the highest praise are Cooper’s direction and Matthew Libatique’s cinematography. The pacing of the story is exactly as it should be, taking you on a journey that leaves no stone unturned. The visual tone is intimate, gritty, and natural. The lighting and color palette effortlessly and seamlessly changes throughout to reflect the respective journeys of both characters. Cooper’s vision is expertly crafted and flawlessly executed by Libatique, utilizing close-ups and Steadicam to tell the story through both Jack and Ally’s point of view.

There is little criticism that can be made about this movie. The one scene that interrupts the flow and serves very little purpose is the scene between Jackson and his friend Noodles (Dave Chapelle). While it sets up the two important scenes that follow, the scene itself offers very little other than to deliver some minor exposition. There are moments where the dialect chosen by Cooper, which matches the naturally existing dialect of costar Sam Elliott, occasionally makes the dialogue difficult to understand. The same problem exists for Elliott on occasion. However this shared dialect makes the fact that they are portraying siblings, authentic.

This picture will no doubt be a contender at the Academy this year, with nominations likely garnered for directing, cinematography, and acting performances. It is a visually stunning masterpiece that deserves an A+ grade.

Christopher Henry is a critic and writer for The Blunt Post. Originally from Boston, Christopher has worked as an actor, singer and comic in New York City for over 10 years.
10 QUESTIONS with VIC, featuring AMIYAH SCOTT THE TRANS COMMUNITY HAS OUR OWN MEMO