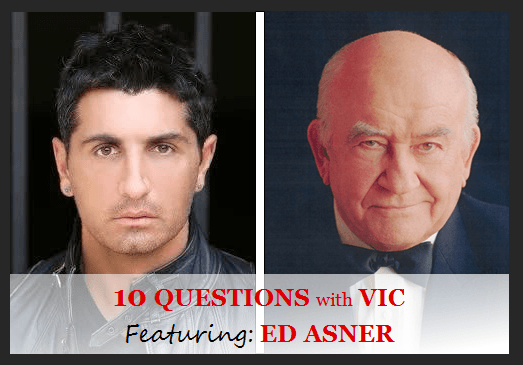 Ed Asner personifies Hollywood at its best. Although most associated as tough but lovable newsman Lou Grant on The Mary Tyler Moore Show, his star has shined bright for decades, having countless accomplishments and accolades. Ed’s steadfast political activism made him a beloved President of the Screen Actors Guild in the 1980s. But his most public agenda was his fight to hamper the U.S. government’s involvement in Central America, particularly in El Salvador. I had the honor and pleasure to interview the Hollywood icon, activist and humanitarian the day after he was honored for his career lifetime achievement.

How do you feel about being recently honored by the ARPA International Film Festival with their Lifetime Achievement Award?

I’m always honored to be singled out.

How was your overall experience at ARPA as the man of the hour? Was it an overwhelming experience or are you used to it?

No, I’m gotten used to it, but it’s always nice to have a fresh one.

How much of your work is in entertainment and how much of it is activism?

I’m not that active right now. I show up when they call me or ask me.

You were a two-term President of the Screen Actors Guild in the 80s. How do you feel the guild is doing considering the challenges it faces now?

First of all, I did not celebrate the merger (SAG and AFTRA). It was not done as we had been seeking merger all these years, to get it done with the proper portability of pension and health pay. None of that took place. It’s now like 160,000 members and I don’t find them that outspokenly strong to merit a strike. If you strike, make it mean something. I don’t think the advances they have made in the context they have achieved are that good or important. My jury is still out.

I met you at an ACLU fundraiser over ten years ago. Are you still active with ACLU?

No, they don’t call me. The people who I knew at ACLU, most of them retired. They left. I’m not familiar with the new crew.

Do you have any major regrets?

No. I regret that I when I came in as President (Screen Actors Guild), I wasn’t more versed in the intricacies of running a union, of knowing how to play the union, I did a lot of running fast, but I’m still learning.

What new project(s) do you have coming up?

Well I do two shows, a man and his prostate, which Ed Weinberger wrote, which is always successful, Phil Proctor and Samuel Warren Joseph wrote a fine piece called, “God Help Us”, which I play God, it requires a man and a woman who have been lovers in the past, but who disagree intensely with each other’s positions, one is a fascist and one is an extreme liberal. So those promote well and show well. These are good times for political jokes and they are well written.

You are pretty busy these days, correct?

Not really, I tour with two different shows. But before the Holidays, the phones are off. It’ll pick-up after the New Year.

What are some of your favorite charities and causes?

I feel very strongly in environmental organizations, Defenders of Wildlife is my chief activity, I’m on the board, I’m supportive wherever I can be or whenever I have the money, or nay peace effort in the Middle East, I was very saddened at the pulled by the United States from the Iran nuclear agreement and knew it would happen once Trump took in John Bolton as an advisor. So other than wildlife and Central American issues that I can contribute to, and the Union of course, that’s about the only activity I can register.

For more information about A Man and His Prostate, please visit www.AManAndHisProstate.com.

For more information about God Help Us, please visit www.GodHelpUs.net