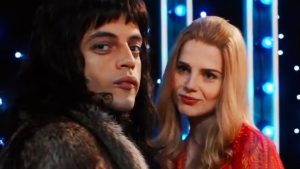 BOHEMIAN RHAPSODY DELIVERS A BEAUTIFUL AND ENTERTAINING STORY DESPITE INACCURACIES

Biographical films are a risky endeavor for any filmmaker to attempt. The usual elements ie: casting choices, a factual or believable narrative, and an engaging story are put under further scrutiny since the movie’s premise is often based on true events. As a result, many “Biopics” are met with equal parts excitement and dread once announced, especially if the film’s person of interest is a beloved historical figure.

This year, one of the most highly anticipated Biopics was “Bohemian Rhapsody.” Directed by Bryan Singer and produced by 20th Century Fox, the film is about the creation and rise of rock and roll band Queen, with particular emphasis on the life of its lead singer Freddie Mercury. The plot exclusively focuses on the years between 1970 and 1985, recounting how the group met, the origins of their iconic discography and Mercury’s struggle to come to terms with his sexuality. The film’s 15-year journey concludes with the band’s ground-breaking performance at the Live-Aid concert (which is teased at the film’s opening). In charge of cinematography is Tom Sigel. Sigel, who has worked with Singer on “Usual Suspects” and “X-Men”, filmed the movie on an ALEXA 65 camera using subtle tones to create a clean, sharp visual. The result is a nostalgic, not overly saturated feel that progresses throughout the characters’ journey.

Diving into the criticisms of the movie we begin with its historical accuracy. In this regard, it is certainly flawed. Details such as how Freddie Mercury met the other members, as well as Mary Austin (whom Freddie had a 6-year relationship with), are completely altered. Other fabrications include the dates that some of their songs were created, and the timing of Freddie’s disclosure to the group that he had contracted AIDS. However, there is a saying that goes, “God writes lousy theater.” Meaning real life is usually far less interesting than the embellishment. A prime example is a conflict that occurs between the bandmates over Freddie’s solo career. This was something that never actually took place, however it served as a conventional turning point in a film that might have otherwise been devoid of one. In fact, the argument can be made that the reformulating of events actually helps the structure of the movie. Considering that Singer chose to focus on a narrow window of 15 years, these alterations help to keep the plot moving and hit the traditional beats of an entertaining (if not predictable) film.

While there are many valid criticisms as to what this film got wrong, they are insignificant compared to what it got right. Each member of the cast does a spectacular job of embodying their respective real-life counterpart. However, the greatest praise goes to lead actor, Rami Malek. Malek delivers a performance that is so mesmerizing, it is impossible to take your eyes off of him. All of Mercury’s physicality, every word and inflection is embodied in his portrayal. It is a performance that nothing close to mimicry or caricature, but instead perfectly captures the quiet hurt and isolation that Mercury felt in his private life. The film hinges greatly on this performance and enhances the journey we go through with Freddie and the other band members.

If I were to grade Bohemian Rhapsody on how true-to-life the story was, then it would get a failing mark. However, the changes are insignificant in light of what the film actually set out to do, which was offer a deep insight into a tortured artist struggling to discover who he was amidst the loneliness generated from his onstage persona. All things considered, it is a well-made, albeit inaccurate re-telling of one of rock & roll’s most innovative groups featuring an Oscar-worthy performance from its lead, and a plot that is engaging, entertaining and moving. After analyzing its strengths and flaws, I would give it a B+. 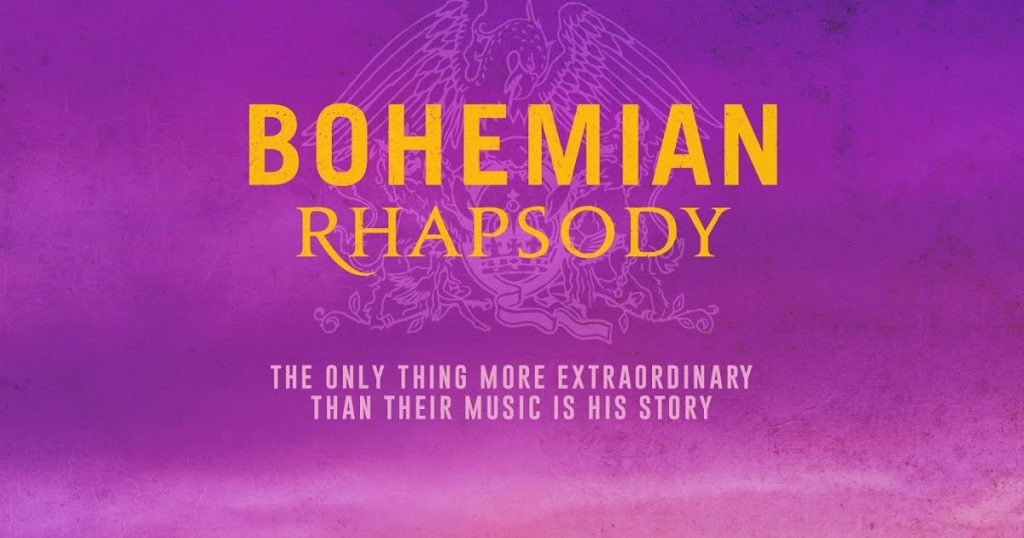