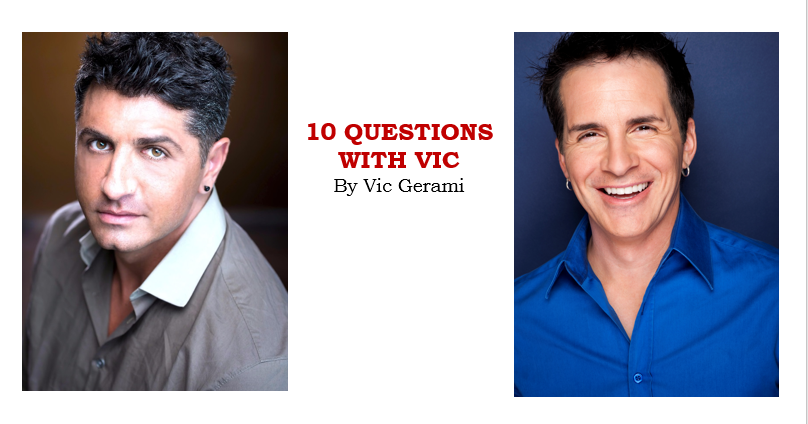 Actor, comedian, musician, comic and father, Hal Sparks is exceptionally talented and an all-around great guy. Most of us may know Hal as Michael Novotny from Queer as Folk, but his resume was quite impressive even before he joined the show in 2000. His career has flourished since but he has managed to stay down-to-earth and keep his sense of humor.

Modesty aside, how would you describe yourself?
I don’t believe in Modesty. That should tell you something. But in all seriousness, I would describe myself as average height, below average weight, above average hair… last seen leaving the scene on a black Honda Fury considered armed and dangerous.

You have a prolific and diverse career, doing films, TV shows, stand-up, radio, writing and music. How are you most recognized in West Hollywood/Los Angeles?
There is no single factor. If you have kids the show is Lab Rats, if you’re a gay couple with kids its Queer As Folks AND Lab Rats, if you’re high it’s Dude, Where’s my Car? or I Love the 70’s,80’s & 90’s, if you’re political it’s HSRPM and if you have a PHD in astrophysics it’s my Stand Up.

How is West Hollywood/Los Angeles different than other major cities?
West Hollywood is cleaner and smaller than the rest of Los Angeles… two traits that I personally share with WeHo. It is home to The Sunset Strip, personally my favorite place to hang in Los Angeles, and Santa Monica Blvd. in WeHo has the best Halloween night in America.

Where do you like to go, or do when you have a night off?
If I have a night off I spend it home with family… not just mine. Any family. I’ll crawl through your window like RDJ and join your family for dinner.

What do you like about West Hollywood?
The Whiskey, The Viper Room and the Coffee Bean.

What’s your favorite charity or cause?
That’s tough. I have worked with AIDS walk and HSUS for many years and I am a big supporter of Wild Horse Ranch Rescue. They do amazing work.

Your son is six years old, correct? Tell me about him.
He’s the best thing in the whole world period. Every time I think my heart is going to explode with pride he finds knew ways of filling it up with more.

What living person in our community do you most admire?
I am very impressed by the work of Adam Bouska on the NoH8 Campaign and of course Stephanie Miller fights the good fight every day.

What exciting project or event do you have coming up?
I am performing regularly at the Whiskey on Tuesdays for the Ultimate Jam Night while my band works on our second record. And I’m working on a book between Stand-Up dates.

Tell me a secret
I’m a freemason. I can but I won’t.