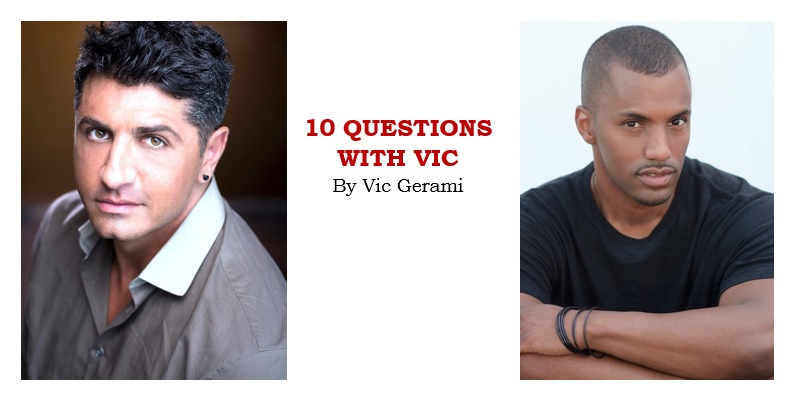 Darryl Stephens is not just an all-American guy; he is also all Californian and a well-rounded and multi-talented artist. Born in Hollywood, he attended UC Berkeley and was classically trained in the theater before landing the lead role of the successful TV series, Noah’s Arc. But that’s just the beginning, as he has since starred in many feature films, TV shows and is an accomplished singer and songwriter.

Modesty aside, how would you describe yourself?
Middle aged and barely holding it together. No, I would say I am… sensitive and thoughtful and probably in my head more than is healthy. But my heart is genuinely in the right place.

You are a native of Los Angeles, born in Pasadena. How is West Hollywood / Los Angeles different than other major cities?
I haven’t figured out how to correct my IMDB and Wikipedia pages, but I was actually born in Hollywood, right there on Fountain near Vermont Avenue. In the 1970s, there was a hospital called Cedars of Lebanon. That building was later re-purposed and painted blue. Yes… I’m talking about the Church of Scientology. However, I grew up in Altadena and Pasadena and moved to LA after college. Los Angeles is different from other cities in that the area called Downtown is totally out of the way… and our public transportation system leaves quite a bit to be desired.

What are you currently working on?
Right now, I’m working on a new musical called “Hipster Sweatshop.” My friends Kyle Puccia and Kurtis Simmons wrote some indie-pop songs and the outline for the book. Then I came in to fine tune the script and wrote a few more songs. We’re having two shows at Rockwell Table & Stage on August 13 and 14. We’ll also be shooting a short film version of a few of the scenes at the end of the summer. It’s a really fun show and I’m excited for people to see it.

What do you like about West Hollywood?
I like that it’s there for people who need it. I like that there’s a gay center of town and an ostensibly safe space for LGBTQ people to spend time with their friends. It’s a little loud and drunk for me, personally, but I’m glad the kids have somewhere to go.

What’s new on your play list?
I’m CONSTANTLY getting into new music, so by the time you print this, I will have already created a few new playlists. That said, today I’m into…
Beth Ditto – “Fake Sugar”
Kevin Garrett – “Little Bit of You”
Solo Woods – “Long Ways”
Nick Murphy featuring KAYTRANADA – “Your Time”
Gorillaz featuring Anthony Hamilton – “Carnival”
Nick Hakim – “Roller Skates”
Gold Link featuring Jazmine Sullivan “Meditation”
6lack – “Learn Ya”
Syd – “Got Her Own”
But you can check out the playlists on my Spotify page under Darryl Joseph for more of that…

Favorite local lunch spot?
There’s a place called Tacos Delta in Silver Lake where I sometimes grab lunch with my bestie Stephen Bowman. It’s nothing fancy, but it’s kind of our go-to spot. Or… Souplantation in Atwater Village, if we’re feeling fat that day.

What’s your favorite charity or cause?
I just learned of a program called #TransCanWork. Trans folks experience a multitude of challenges in securing a living wage and this program not only connects employers with trans folks seeking work, but they also help prepare candidates for their interviews. It’s incredibly important that we do everything we can protect and uplift the most vulnerable in our communities and one way we can do that is by supporting and donating at transcanwork.org.

What living person in our community do you most admire?
Maxine Waters is giving me life right now. If the community to which you’re referring is LGBTQ, Janet Mock is also giving me all the feels…

What exciting project or event do you have coming up?
I’m going to Brian Jordan Alvarez’ house this weekend to shoot a little something. I’m obsessed with that guy’s work.

Tell me a secret
Meditation and THESE (Trader Joe’s Restaurant Style White Corn Tortilla Chips) will change your life for the better.