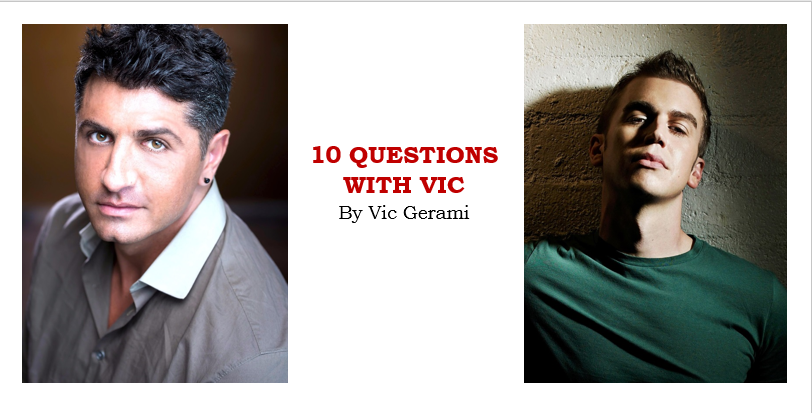 For most of us who have internalized stereotypes, Spencer Day is an enigma. This Utah native has become one of the most celebrated musicians of his generation with effortlessly blending classic jazz, pop, soul and folk. He is boyishly good-looking, highly successful and exceptionally smart, yet he has remained down-to-earth, refreshingly honest and with a wicked sense of humor.

Modesty aside, how would you describe yourself?
Creative, thoughtful and sincere I suppose. I have a pretty quirky sense of humor and wear my heart on my sleeve. I have a strong tendency to root for the underdog. I’m very sensitive but can also be prone to depression, anxiety and neurosis. But that describes most artists, so I’m in good company! One thing I will say for me is that I know that I’m batshit crazy. So, I try to own it, continue working on it and not to take myself too seriously in the meantime. That’s a start, isn’t it? hehe.

Which musician(s) influenced your early work?
My early song writing was influence from everyone a diverse eclectic group of musicians. Anything from Cole Porter to Rufus Wainwright and beyond. Vocally I was inspired by Chris Isaak, KD Lang, and the old 1950s towards singers like Julie London, Peggy Lee and Chet Baker. I guess I still think of myself as a torch singer when it’s all said and done.

How is West Hollywood / Los Angeles different than other major cities?
In just about every way possible! I just finished producing my next record with a 20-piece orchestra called Angel City. So needless to say, it has held my fascination since I was 10 years old. I think Los Angeles (and Hollywood in particular) act as a sort of mirror to the rest of the world. It is a reflection in which we can see our own dreams, desires and narcissism. It is a beautiful and strange place that was born out of our own fantasies. How much you enjoy it depends on what you make of it and yourself.

Where do you like to go, or do when you have a night off?
I love what I do. Being around lights, crowds, interesting people and music is wonderful. But I am an introvert extrovert. So being alone in nature is the best way for me to recharge. Lately, when I have the night off I just want to curl up in bed and watch some classic old Hollywood Movies. I’ve been on a big Billy Wilder kick lately. Most musicians I know are simple (even boring) when we aren’t working. 🙂

What do you like about West Hollywood?
The history. The seductive feeling of desire, glamour and creativity in the air. I still see the glimmering remnants of a bygone era that I’ve searched for ever since I was a kid in Utah watching MGM musicals.

What’s new on your play list?
There is so much good music out there! Lately, I am digging some Mexican indie artists right now like Josean Log. I’m also loving First Aid Kit.

Biggest turn-on?
Emotionally? Sincerity and empathy. Sexually? A good pair of legs in some 1970’s style tube socks gets me every time.

What’s your favorite cause or charity?
I have had the pleasure of working with some amazing LGBT organizations ranging from the Trevor Project to the Stop Aids project. I have also enjoyed my time with Feeding America. Lately I am spending a good amount of time in Mexico and would like to volunteer more with all the deportees who are stranded in Tijuana.

What exciting project or event do you have coming up?
I am just getting ready to release my new album, Angel city, very soon! We have a few tracks for AC radio as well as a few remixes coming along that I’m excited about. Stay tuned!

Tell me a secret
I hate clowns. I always found them seriously creepy. When I was five years old I punched a clown when he got up in my face. I love Jessica Lange, but that clown on the 4th season of American horror story nearly broke me. I slept with the light on for several days after that.