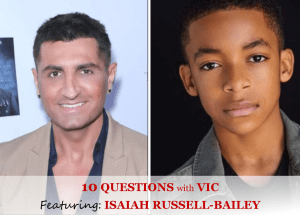 Isaiah Russell-Bailey burst on the scene in 2018 and has quickly become a young actor to watch. He may be very young, but he’s not new to Hollywood. His mother is an actress and a dancer, so he grew up in the business and saw the greats in action. He stars in Netflix’s hit show, ‘Reunion’, as ‘Shaka,’ the mischievous, yet well-intentioned young son of the McKellan Family, as they move across the country to a small Georgian town. Fans may also remember Isaiah from his roles as ‘Burton’ in the popular Disney series ‘Raven’s Home,’ as young ‘Dee’ in the CBS crime drama “S.W.A.T.,” or as ‘Young Kevon Winters” in ‘Criminal Minds.’ I got the chance to chat with Isaiah about his successful career, Michael B. Jordan, his fans, and his one big secret.

VG: Tell me a little about your background, where you are from originally and growing up.

IRB: Texas is originally where I’m from, but at a young age I moved to California. My mother is in the business, so we traveled a lot for her career. It’s crazy to think about it now, but I’ve sat on so many sets and didn’t realize how unique my childhood was. Who can say that at three years old Rihanna was holding them backstage at the Grammy’s? I was learning so much about the business and didn’t even know it. I’m an only child, so it was important to my mom that I learned what family truly is. I’ve spent many summers and holidays with my family in Texas. My family is very close, and they’ve always supported me in everything I do.

VG: Tell me how you got into acting and made to Hollywood.

IRB: Watching my mom on set inspired me to pursue acting. My mother is an actor and professional dancer, so I’ve pretty much grown up in the business. I decided to give it a try a couple years ago, and I’m so glad I did! I’ve met so many incredible people and learned some valuable lessons.

VG: The remaining episodes of Family Reunion’s season one were just released on Netflix. How does it feel to be on a hit Netflix show?

IRB: To be honest, I’m still processing it. When fans stop me to talk about how much they love the show, I’m always grateful. I knew it was a good project, but it means a lot to me to know that people really like the show and have connected with my character.

VG: You have talked about your admiration for Michael B. Jordan and how he creates his own projects. Will you elaborate on that and share if you have any plans soon?

IRB: Michael B. Jordan started his own production company Outlier Society and he’s on fire! I love seeing all of the projects he’s putting out. He started the company to create more content and opportunities for people of color. That is exactly what I want to do in this business. I want to write and direct in the future, so I’ve been shadowing directors and sitting in on editing sessions of our show. I want to use my gift to pave the way for others.

VG: How does it feel when your fans approach you or recognize you in public?

IRB: I don’t think I will ever get use to people recognizing me or approaching me. I don’t see myself as a celebrity, so I’m always surprised people know who I am. Recently, I met a family who traveled across the US to see a live taping of our show. Shaka is their favorite character. How can you not appreciate those moments? I love my fans and I feel encouraged when they approach me.

‘I admire people in this business that give back’ 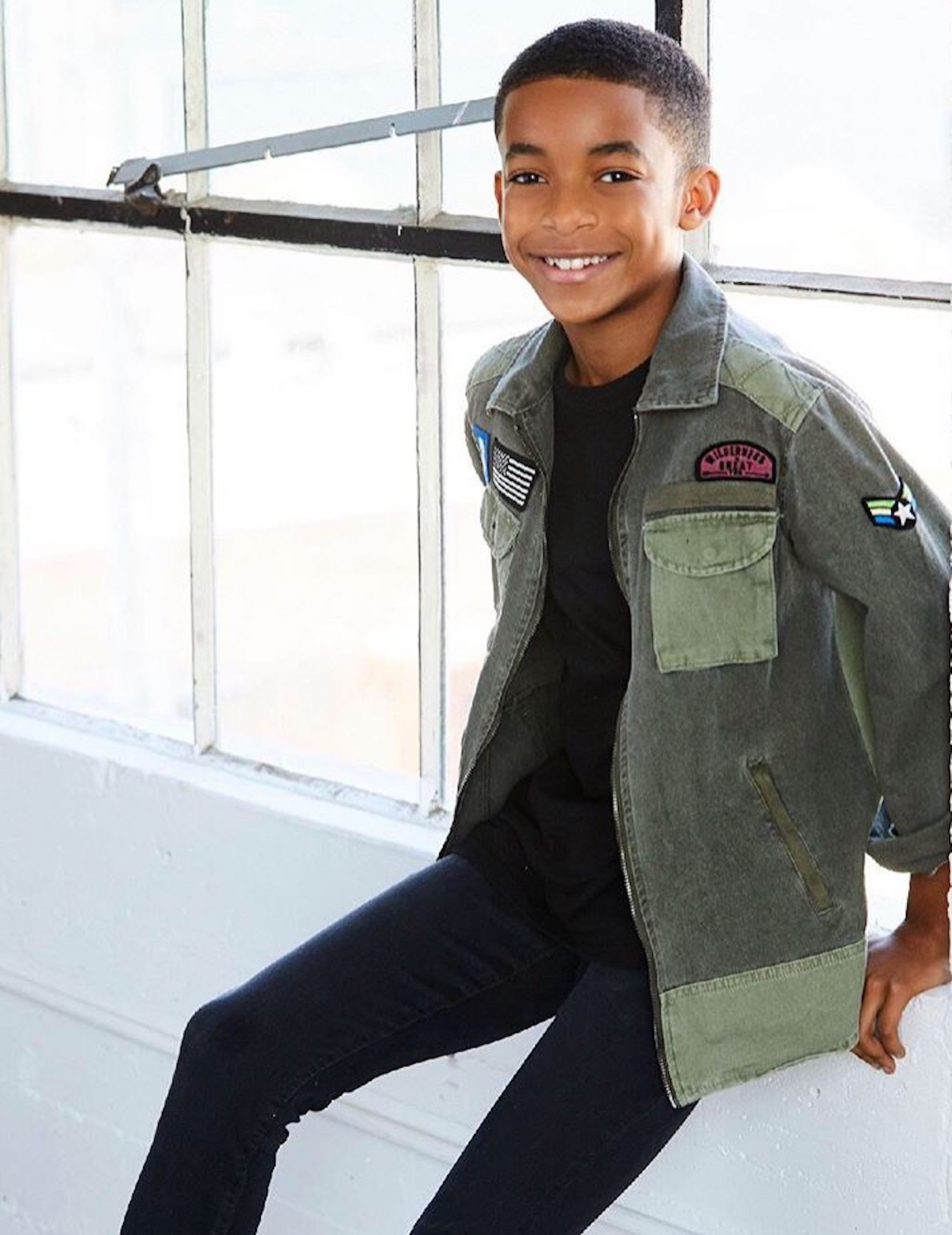 VG: Do you have a favorite charity or a cause?

IRB: I don’t have a favorite charity or cause. I focus on helping wherever help is needed. My family made a pack this year that when we look back on 2020, we will have done more giving than receiving. The first day of the year we partnered with a food truck and served the homeless until we ran out of food. Doing good deeds and giving back daily is important to me. I’ve been given a lot and I want to make sure I’m a blessing to others.

VG: Which living person(s) do you most admire?

IRB: I admire people in this business that give back. My mom always reminds me that when we are given much, much more is required of us. I admire people like Oprah, Ellen DeGeneres, Will Smith, just to name a few.

VG: What artists (actors, directors, writers, etc.) would you like to work with that you haven’t done so yet?

IRB: There are so many people I want to work with. Will Smith and Denzel Washington are definitely at the top of my list though. I admire their talent and love how they focus on inspiring others. They’ve both had longevity in this business, and I respect that. It would be incredible to work with/learn from them.

‘Please don’t judge me, but I’m a shower singer’ 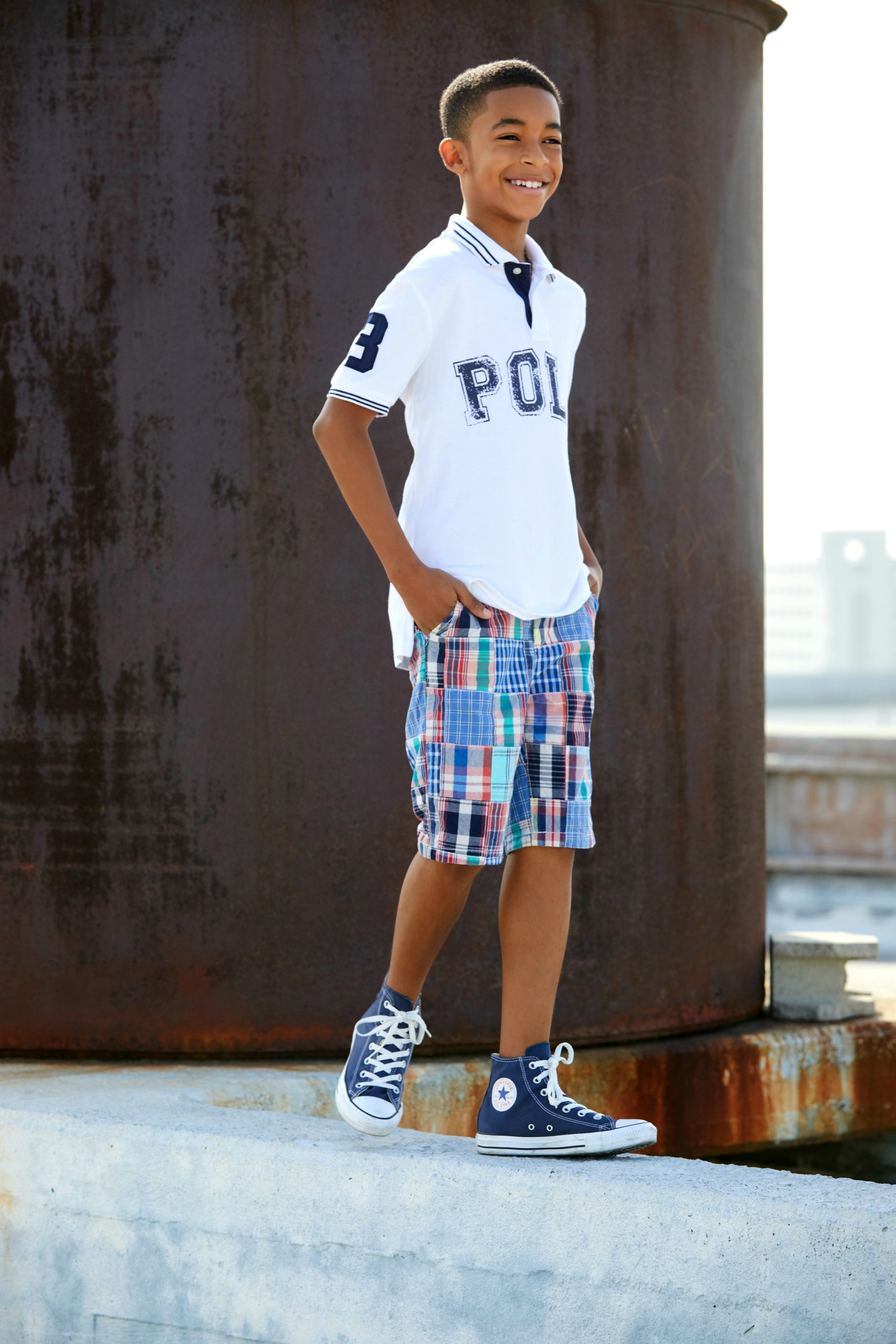 VG: What does your next chapter look like? Do you have other project(s) coming up?

IRB: I’m excited to say I have a new Netflix film called We Can be Heroes coming out this summer. It’s my first time playing a superhero and I’m pumped. There are some pretty awesome actors in this movie. Priyanka Chopra, Pedro Pascal, Christian Slater, Boyd Holbrook , and my mom Brittany Perry-Russell just to name a few. It’s our first time filming a movie together!! I can’t wait for people to see my superpower!

VG: Tell me a secret-a good one!