BuzzKill: Journey in Recovery | Why I Developed A Morning Practice

Why I developed a Morning Practice

I began a morning practice because I couldn’t stay sober and function in the real world. I was unable to sit still or quieten my mind, didn’t know how to make good choices, seek guidance, or have healthy relationships, and wanted to be able to not only function but to live well as a sober man. I sought peace without drugs or alcohol and I knew that at some point, I would have to face the brokenness of my life and somehow put it back together and heal. This was not possible until I got sober and the daily battle evolved into a daily practice,

In early recovery, I followed suggestions that included going to a meeting every day, meeting with my sponsor weekly, and doing the step work as he directed. I was also asked to pray and meditate.

This idea came with some pretty strong emotions. I had always associated prayer with the angry, wrathful God of my childhood and not someone I necessarily wanted to conjure up intentionally. This memory and fear had kept me spiritually disconnected for a long time and I sought relief in substances that I ultimately abused. The old ideas about God and prayer and my early experience with the church became part of my disordered thinking. 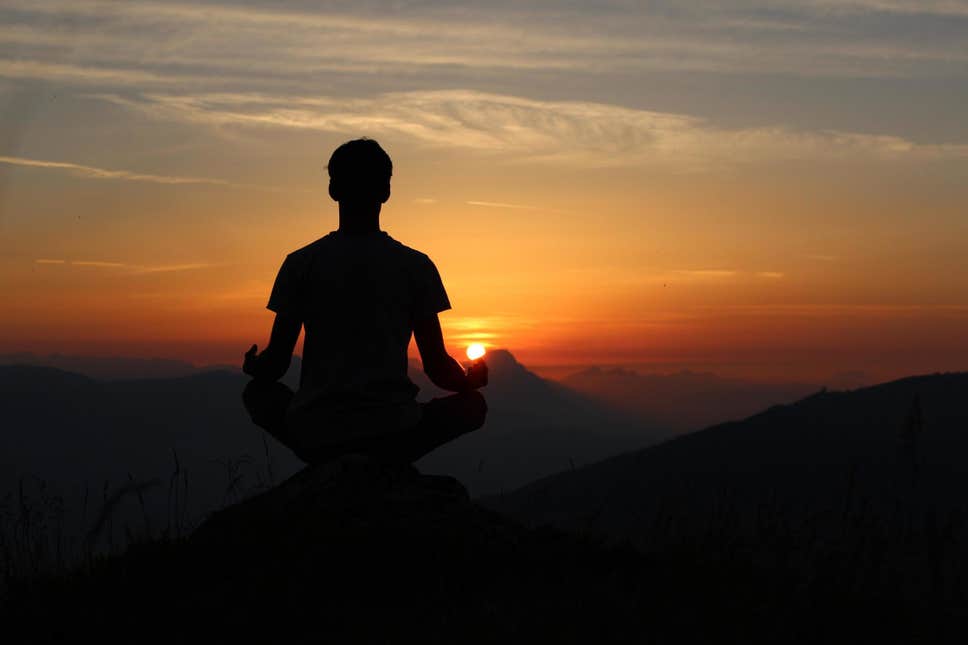 Meditation, however, had an attractive connotation of peace and love but was exotic, met with skepticism in my bible belt hometown, and only practiced by hippies and in far off and very progressive places like California, as far as I knew. But having grown up in the age of Aquarius, it was only a matter of time before it would reach us. That was very exciting.

Developing a morning practice began with twelve-step instructions where we are to “grow in understanding and effectiveness”. Step 11 asks us to further develop our conscious contact with God through prayer and meditation. I was willing to give prayer another shot but had no idea how to meditate.

‘I have had a spiritual awakening as the result of Steps one through nine. In order to maintain a fit spiritual condition, I must use steps 10-12 on a daily basis’

I noticed a local recovery meeting that was notated as a “meditation meeting”, I figured this would be a good place to start, began attending on Saturday mornings, and was introduced to the St Francis Prayer which is still in my 11th step rotation. While I enjoyed the meeting, I still wasn’t clear on how to meditate. Being able to sit in a chair for the entire hour without jumping up for coffee or the bathroom was a huge accomplishment. I continued to attend, sit quietly and think about the prayer and topic of the day. 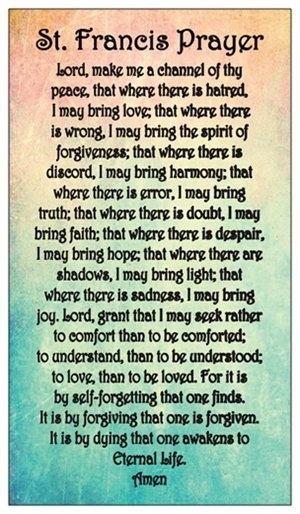 Later, I had an opportunity to attend a recovery conference in Atlanta which offered various recovery-related workshops, one of which was about meditation. I signed up and off I went with the hope and expectation that I would receive instructions on how to meditate. I loved the workshop, made a couple of new friends, and left without any further idea about how to meditate other than the idea that it could include mindfulness, whatever that was. It may also have had something to do with a raisin that was distributed to us in a little paper cup.

Once home and in discussion about this with my sponsor, he asked me to pick a spot, sit quietly every morning, and breathe. I live in a climate where most of our “living” is done outside and my preferred place to sit quietly is on a covered porch. It is near water, trees, and flowers that will attract bees, butterflies, and birds. This looked like the perfect place to learn to meditate so, cloaked in robes and sandals, off I went. Actually it was sneakers and sweats but I was ready. My first attempt at sitting quietly and breathing lasted about two minutes. So did my next attempt and many thereafter. I remembered that someone at the Atlanta workshop said they had six years sober and were up to six minutes of meditation. That was helpful and gave me permission to be where I was at two minutes. After a few weeks, I added a prayer, and would then sit and breathe. Sometimes I would use the St Francis Prayer and other times something as simple as “God, please help me.” Learning to sit quietly became an important tool for me and the basis of my morning practice.

“Now, the focus of my recovery is my daily review, spiritual growth, service to others”

My morning practice is constantly evolving and now includes a couple of prayers, reading, meditation, and physical activity. I have many books that I like including the Daily Reflections, other books about religion and spirituality, and various self-help books. Several years ago, my sponsor suggested that I begin a written meditation that involves prayer, meditation, and journaling and includes a prayer list, gratitude list and my plans for the day and as I am currently working on some diet-related issues, my food list for the day.

I have had a spiritual awakening as the result of Steps one through nine. In order to maintain a fit spiritual condition, I must use steps 10-12 on a daily basis.

I find that when I skip my morning practice, I become impatient, crabby, and otherwise unfit to be around as a human being. I use foul language, my character defects crop up, I am judgmental and rude. This is not the person I want to be

Recovery must be simple for me. I have over-complicated everything I have ever touched and the results were always a disaster. My life turned into a hodge-podge of mess: a scattered education and a string of unfulfilling jobs that never wove into anything that looked like a career. My relationships were volatile and, from my best recollection, all three of my former boyfriends threatened to form a support group with the other two so that they could solve their common problem, me. Forty-two moves from South and North Carolina to Miami to New York and eventually back to South Carolina should have been an indication of un-manageability but I thought it was simply part of the adventure. Long term planning was usually a party next weekend. In order to solve the problem of un-manageability, I had to gain contact with a Power greater than myself and seek guidance and direction from this Power.

Now, the focus of my recovery is my daily review, spiritual growth, service to others, and the practice of a set of universal principles that are outlined in the 12 steps. What was initially a somewhat random attempt at sitting still evolved into a vital part of my morning and daily practice.

I no longer struggle with sobriety. I am finally free and very grateful.

A native of the South Carolina, Hank Center is a writer and a keynote speaker. He studied at the University of North Carolina and works as a non-profit consultant, grant writer, and a researcher. His workshops and keynote addresses have included topics such as Harnessing the Power of Gratitude, Giving Back, How to Eat an Elephant, Letting Go, Living Sober, and How to Apply the Twelve Steps to Real Life. Hank’s column about recovery, sobriety, and spirituality, ‘Buzzkill: Journey in Recovery’ is published exclusively in The Blunt Post.
INDEPENDENT RADIO KPFK ANNOUNCES DEBUT of ‘THE BLUNT POST WITH VIC’ NOW on MONDAYS at 7 a.m. with HOST VIC GERAMI 10 QUESTIONS with VIC: Featuring ISAIAH RUSSELL-BAILEY