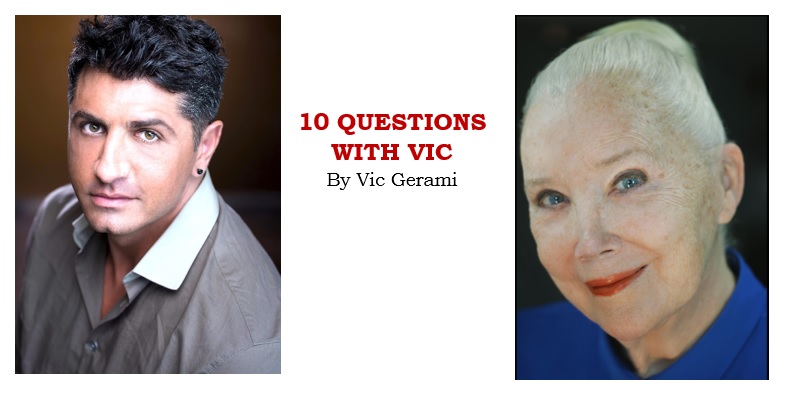 Oscar Nominee, Golden Globe Winner, Painter, Ordained Minister, Cancer and AIDS Activist and Acting Coach don’t even start to describe Sally Kirkland who remembers West Hollywood when it was called Hollywood. She has been in over 200 feature films, married twice, considers Bob Dylan the love of her life and has been a resident of WeHo since 1988.

Modesty aside, how would you describe yourself?
I’m a loving person.

How is West Hollywood different than other metropolitan cities?
West Hollywood is family; the community helps each-other. As a New Yorker, this is the closest it comes to New York.

What does your average day look like?
I do Pilates or yoga and meditate. I teach acting five times a week, frequent Gelson’s and Trade Joe’s

What do you love about West Hollywood?
Kindness of strangers, how quickly strangers become friends and how all the supermarket cashiers know my name.

Favorite cause or charity?
HeartFelt Foundation and Institute for Individual and World Peace.

Which living person in our community do you most admire?
Artist Richard Frost, I have a few of his paintings… and Jeff Prang. Jeff used to be a regular on my Public Access Show.

What exciting current or future projects do you have?
I’ve had a Public Access Show, “Sally Kirkland and Friends” for ten years, every Wednesday night from 7:00 to 7:30. I have a Netflix show, “The Most Hated Woman in America”, a show on Amazon Prime and a show on healthylife.net called “Sally Kirkland Show”, Mondays, 10:00 am to 11:00 am.

Tell me a secret
I’m deaf in my left ear and have tinnitus in the right one.