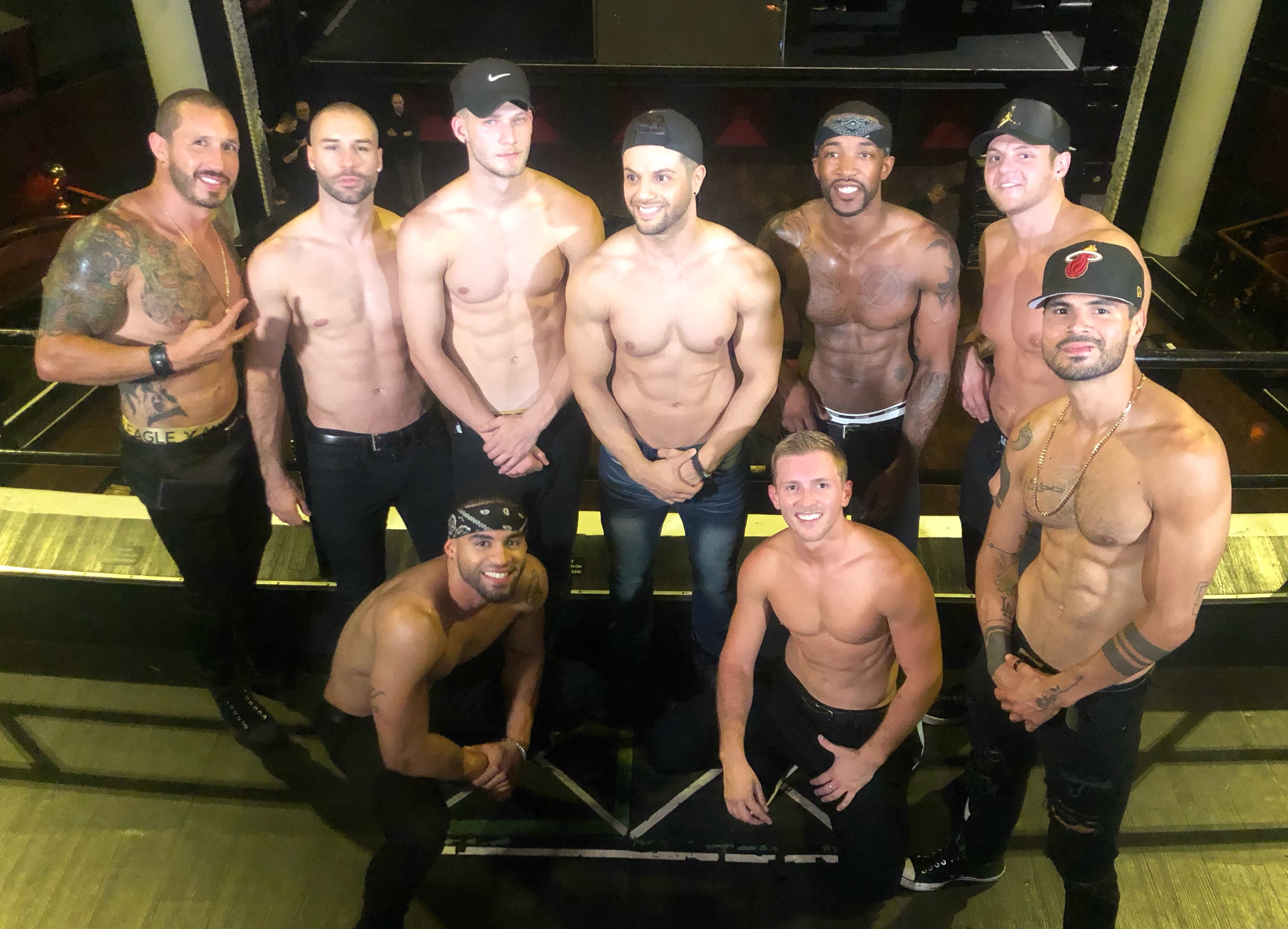 Magic Men Live premiered at the Avalon Hollywood on Saturday night to a house full of mostly roaring women and a few men. It was everything one would expect after seeing the film, ‘Magic Mike.” The entire audience was on their feet gyrating and grinding to the music as dancers made their way on to the floor.

Magic Men Live is an all-male revue show geared toward women. It has electrifying high-energy, constant interaction with the audience and lots of memorable moments. I interviewed the founder, producer and emcee Myles Hass backstage before the performance. He was excited to open the show at Avalon Hollywood for the first time and described the evening by saying that, “it’s just to try to elevate the women, make them feel comfortable, make them feel appreciated, give them a show that is designed for them.”

He added, “This is our gift, we really have touched a lot of people, impacted a lot of people with this show, and when we started noticing that, we really made a point to make that our purpose. So I asked him, “you mentioned women, are men welcome?”, He responded “of course, anybody is welcome to see our show, as long as you meet the age limit of the venue, we welcome everybody, we want everybody to feel welcome, comfortable and enjoy the show.”

The diversity of the dancers is refreshing and smart on Hass’ part. The production delivers more than just hot dancers with eight-packs. Their talent is complimented with visual story-lines, state-of-the-art lighting and sound design, and special effects. The performance opens with a clever and apropos prologue on the screen, designed to get the audience to put away their insecurities, forget their problems, ‘escape reality’ and get ready to have a good time.

For more information and to purchase tickets, please visit MagicMenLive.com

Avalon is one of Hollywood’s most historic landmarks. From The Beatles first West Coast performance in 1964 to ABC’s hit television variety show The Hollywood Palace to Sasha’s first West Coast DJ residency, the theater at Hollywood & Vine has been a show business epicenter since opening in 1927.