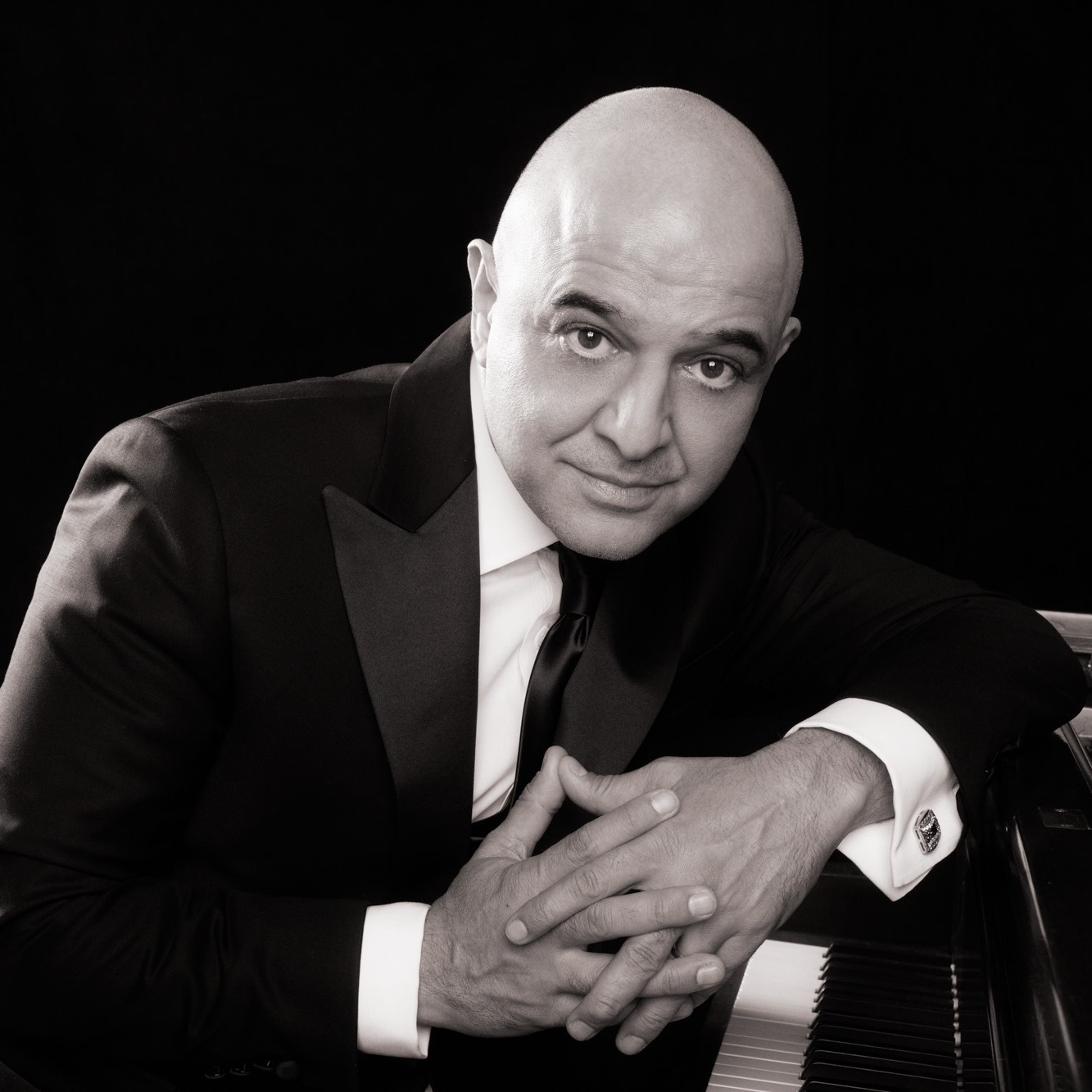 Grammy winner Omar Akram celebrated the launch of his new album ‘Destiny’, co-produced by legendary producer Walter Afanasieff, last night at the Sofitel Beverly Hills’ Riviera 31 Club. Guests included celebrities, music heavyweights and other performers who were there to celebrate and support Akram.  “Here I Am,” the first single and accompanying video, featuring the album’s only vocal track dropped on June 21 and the album drops today, Friday, August 9th.

“Working with Omar Akram was a pleasure! His insight into to who he is as an artist is rare in today’s constantly compromising music industry. His talent as a pianist and composer were beyond my expectations. Bravo Omar!,” said Afanasieff.

I interviewed Akram on the red-carpet as he expressed his excitement and anticipation for the album’s release. I asked him what makes Destiny special and he said, “I think for me this album, every album that I do, I try to challenge myself, and I try to do something that I haven’t done before, like on this album, what I was able to do is get an eighty piece symphony orchestra to perform with me, so it was something that I had not done before, it was a challenge, and I think that everything you do and every project that you do, I think you should challenge yourself.”

To accompany the album release, Akram recently launched a docu-series titled “Omar’s Music Chamber,” featuring a behind the scenes look at the creative process, his family life with wife Merry and their two children, and interaction with entertainment industry A-listers including Afanasieff, E! founder Larry Namer, actor Ken Davitian, (Borat, The Artist), The Harris Brothers, and many others.

Born in New York, Afghan-American Omar Akram grew up the son of a United Nations diplomat, living in France, Czech Republic, Switzerland, his ancestral home of Afghanistan. The artist’s piano-driven, instrumental music elegantly defies borders and has played a crucial role in defining modern New Age and World music. His songs have millions of plays on YouTube, and his first two albums, Opal Fire (2002) and Free As a Bird (2004), hit the Top 15 on Billboard’s New Age chart. In 2013, he became the first Afghan-American to win a Grammy Award with Echoes of Love. In 2013, he also released Daytime Dreamer, presenting an enchanting blend of World, New Age and electronica music that lures listeners with masterful musicianship and his well-traveled wisdom.

Destiny is available for direct purchase and also on Amazon, Spotify and iTunes. For more information about Omar Akram, please visit www.omarmusic.com