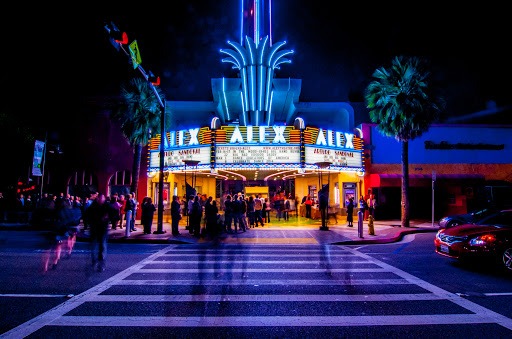 The Alex Theatre has been a Glendale landmark since 1925. Originally a neighborhood Vaudeville house and movie palace, today the venue serves as a world class performing arts and entertainment center.

Located in the heart of the City’s business and entertainment district, the 1,413-seat Theatre is owned by the City of Glendale and operated by the non-profit Glendale Arts. The registered historic landmark draws thousands of theatregoers each month and serves a 25-mile area with a population of over 500,000. 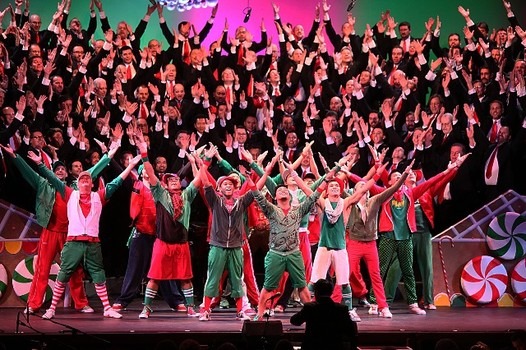 History
From its opening in 1925 through the 1950s, the Alex Theatre served as a preview house for major Hollywood releases, attracting the glamorous stars of the time. The Theatre continued to host Hollywood previews and screen first-run films until the 1980s, when it closed after several years of decline.

In 1992, the Glendale Redevelopment Agency purchased the Theatre and dedicated $6.2 million in public funds to restore the Alex to its former splendor. Since reopening on News Year’s Eve 1993 as a performing arts and entertainment center, the Theatre has been a vital nexus of entertainment, commerce, and civic activity. 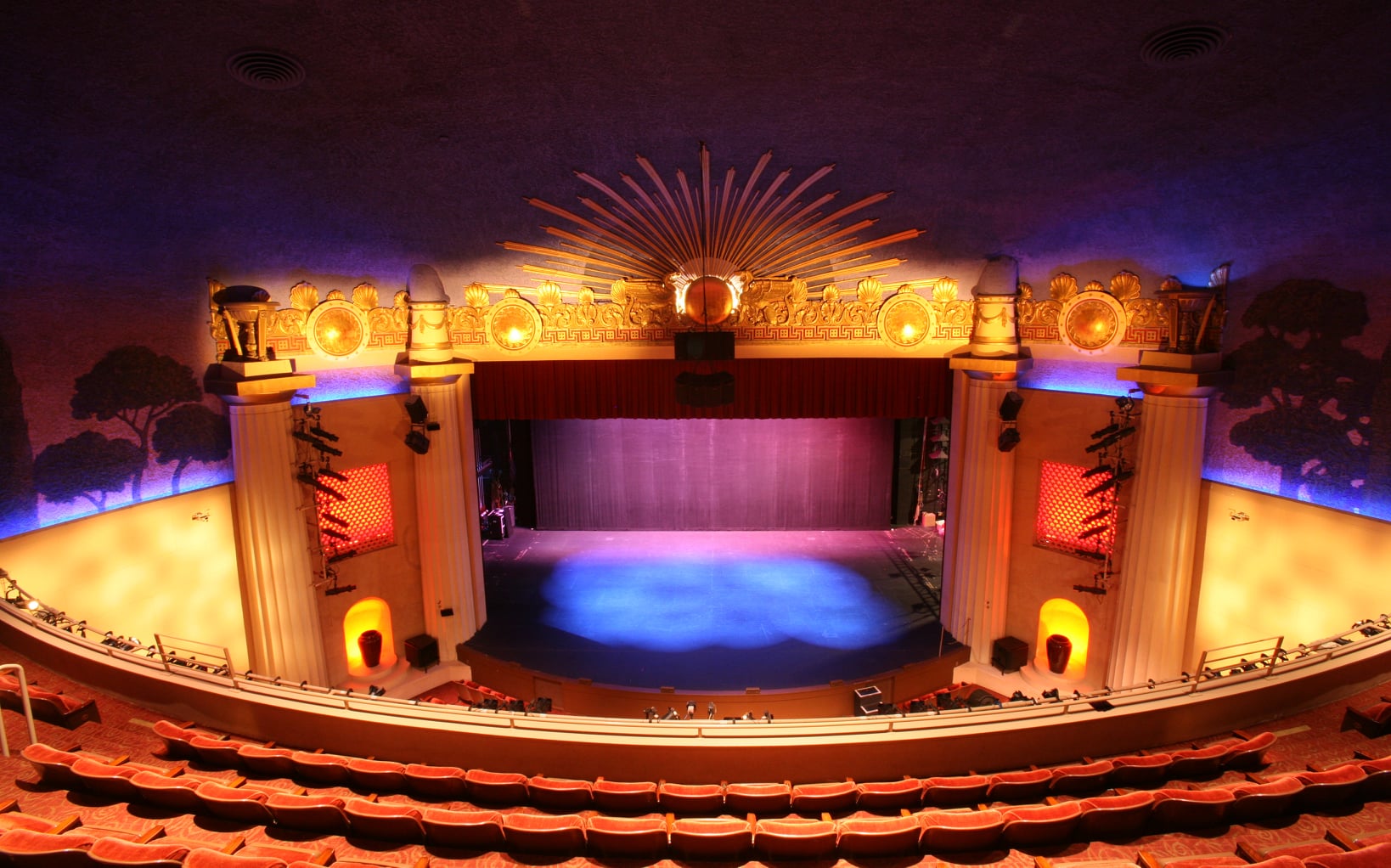 Today, the Alex Theatre is owned by the City of Glendale and operated by Glendale Arts, a private non-profit organization. In addition to remaining an important example of the grand theatres of the early 20th century, it also provides a strong sense of identity for the City of Glendale.

Architecture and Design
Designed by architects Charles R. Selkirk and Arthur G. Lindley, the Alexander Theatre, as it was originally known, is adorned with Greek and Egyptian motifs.

The auditorium was designed as an “atmospherium” with an open-air illusion enhanced by the stage-set wall encircling the room, creating the feeling of being enclosed in an ancient garden. The Alex is one of the few atmospheric theatres constructed in Southern California and one of only a handful that still remain.

In 1940, in an effort to extend the glamour of the Alex out to Brand Boulevard, architect S. Charles Lee created the Theatre’s iconic 100-foot tall Art Deco neon tower with the spiked starburst at the top. The three dimensional marquee, outdoor ticketing kiosk, and decorative terrazzo floor crested in bright tropical colors were added at this time as well, completing the distinct look of the exterior.

The widely recognized neon tower continues to stand tall as a beacon for Downtown Glendale, symbolizing the Alex Theatre’s storied history and its standing as a premier destination for arts and entertainment in Los Angeles.