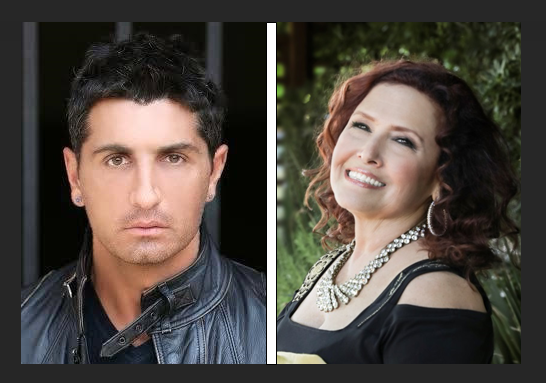 Melissa Manchester’s career reads like a New York love story. Her prolific career started with collaborations with Barry Manilow, Bette Midler and Paul Simon and that was in the early 1970s. Since, she has recorded twenty-one albums, composed and recorded an entire movie soundtrack, appeared in many films and TV shows and helped many along the way. Like many of the men she salutes on her latest album, The Fellas, Manchester’s career is remarkable not only for its longevity and accomplishments, but for its versatility.

I would describe myself as a mother and working artist.

You prolific music career started with extensive professional training. You learned to play the piano and harpsichord at the Manhattan School of Music, attended Manhattan’s High School of Performing Arts and studied songwriting at New York University with Paul Simon  How do you reflect on your early training and how it has shaped your career?

I studied there, briefly, however.  I took piano lessons for seven years with various teachers NOT at the Manhattan School.  I was privileged to study songwriting with Paul Simon at NYU for six months.  When I teach, I pass his valuable instruction along.

I read that you were “discovered” by Barry Manilow with whom you performed a duet on your last album, “The Fellas.”  Tell me about that.

I was extremely fortunate to grow up in the Bronx and Manhattan. One almost tripped over creative adventures in those days.  As a young teenager, I worked in street theatre for the Department of Parks, I parked cars for a theatre company (they didn’t know I didn’t know how to drive and I felt no need to burden them with such information).  I was an usherette at the Vivian Beaumont Theatre in Lincoln Center.  I was making a fine living as a jingle singer.  I was a staff writer at Chappell Music.  This was all before I was 18!  All the while I was making demos, trying to get a record deal.  That pursuit would be to no avail for a long 7 years until I was finally signed to Bell Records.

You were a back-up singer for Bette Midler whom you met through Barry Manilow. What was that like?

Barry Manilow and I met in the studio as jingle singers.  He was Bette Midler‘s new musical director at the time.  One thing led to another and I became a founding member of what became the Harlettes.  I was the toots in the middle for six months.  It was grand working for Bette as she is an extraordinary talent (as is Barry).  I am happy to say that Barry has remained a dear friend.  I was thrilled when he agreed to sing the only duet on my latest (21st) album, THE FELLAS.

You have recorded twenty-one albums, have a Grammy Award, have performed to sold-out audiences and have millions of fans. Does that feel to you the same way it seems to those of us with an outside perspective?

I never take for granted how my music has moved people or what it has meant to them. I’ve had a long and enduring career, for which I am humbled and deeply grateful.  From my experience, a song is a world, sometimes a life raft.  It captures a moment in time and becomes a part of one’s interior landscape.  I am very touched that my music has meant so much to so many.

Given the realities of the music industry today, what advice would you give a young musician starting her/his career?

I would tell any young artist to carry on and work at your craft.  Some things never change – an open-mic night, working in some awful place – but much has changed in the music industry.  You can now get a flashlight and a mic and post yourself on YouTube and see what happens.  If you get a lot of hits however, you’d better be able to back it up with the unsteady and un-sane life of an artist.  For me it’s a helluva ride.

There are many causes that I show support for, either financially or through benefit performances.  I’ve been singing in support of HIV/AIDS research since its first NY Gala fundraiser in 1984.  I have marched in Washington for women’s and children’s causes.  I am particularly impressed with the Children’s Defense Fund.  I was thrilled to sing in front of 750,000 people in Los Angeles the day after the last presidential inauguration, which I chose not to watch.

I admire Marian Wright Edelman, the founder of the Children’s Defense Fund.  I admire Stephen Sondheim, Lyn Manuel-Miranda and Stephan Schwartz – and a host of people you’ve never heard of.

My new musical, the hysterical SWEET POTATO QUEENS, which I had the pleasure of composing along with Rupert Holmes (book) and Sharon Vaughn (lyrics), is being sent into the world under the auspices of Theatrical Rights Worldwide, for regional productions.  I am very much looking forward to spreading the sequin-y splendor of this cheeky show.

10Q | LEVI KREIS ALL OUT POLITICS: BETWEEN MASS SHOOTINGS, A MESSAGE TO NON-EXTREMISTS