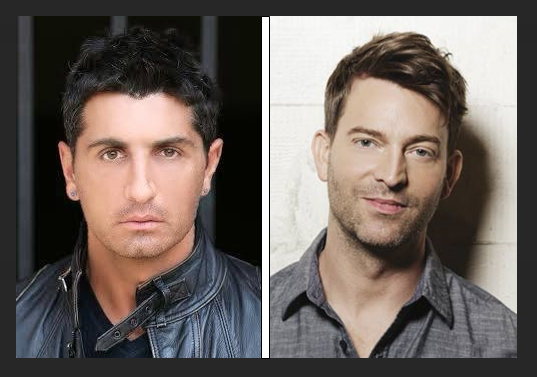 Levi Kreis has come a long way since his early days in Tennessee where he wanted to become a Minister. Rooted in country music, Levi’s versatility as a musician, actor and an artist has taken him to the top of the charts, Broadway-including a Tony Award, movies, TV-including an appearance on The Apprentice and all over the world.

You have credited the genesis of your prolific music career to learning to the music legend, Brenda Lee. How do you reflect on your days as a young boy watching “Little Miss Dynamite” perform?

Yes sir!  I can’t reference legends like Dolly and Peter without fessing up to the one legend that taught me everything I know!  It’s a fascinating question to me as it makes me realize that performing has just always been like breathing to me, perhaps because it was such a common topic of conversation growing up, around the house and during my times with Brenda.  It’s just my way of life.

You are originally from Tennessee, rooted in country music, made it to Broadway in which you won a Tony Award for originating the role of Jerry Lee Lewis in Broadway’s Million Dollar Quartet and also a star in mainstream pop-music. To what do you attribute your versatility and success?

Failing to pick one lane and staying in it?  LOL!  I don’t know.  I have adored acting ever since my first audition where I was cast as Roger in the national tour of Rent.  I love stage.  Surprisingly, film may be my most joy.  Last year, I was honored to be a new edition to the cast of “A Very Sordid Wedding”, Del Shore’s sequel to his big cult classic hit “Sordid Lives”.  Currently a film called “The Divide” is doing well at several film festivals domestically and our director was just at Cannes Film Festival representing the film.  So to me, acting is more of a joy than a business.  Music is my business.  It’s a constant, between acting roles, between chapters in life.  It’s always there.  Telling my story, revealing the most personal aspects of who I am; my life in a lyric.  That’s what I say these days.

At some point, you were studying to become an ordained Minister. Tell me about that.

Sure!  For a time I was tempted to take my education in religious science and advance from licensed spiritual practitioner to minister.  I was so proud of receiving that license.  I still am.  But as I began to look more inward, I realized that my greatest contribution to the universe initially presents itself in the performing arts.  Spirituality continues to be a natural extended conversation I have on social media.  Not long ago, I launched a new series on my YouTube Channel (www.youtube.com/levikreis) called “The Backstory: My Life In A Lyric”.  I go behind the scenes to reveal the story that inspired the song and aspire to come out with 5 to 7 minutes of spiritual motivation for the viewer.  It’s been a nice way to incorporate a fundamental aspect of who I am with that thing that connects us all – music.

The fastest 48 hours of my life!  I had not worked on TV before and had no idea how fast they shoot those episodes out.  At that time, I had just left my 8th major record label with no official album release.  A friend submitted me to the show as the teams were challenged to take an unsigned artist, write a song, record it, produce and package it, and present it to Sirius/XM.  The winning team would see their artist introduced to the world through Sirius/XM.  We won, so before I knew it, my music was being introduced to the world.  At that very time, I had decided to come out professionally, so I thought it was really cool for NBC to have me on the show and launch my career.  It was a big deal in 2005 for major networks to be inclusive like that.

Who are a few musicians, actors and directors with whom you would like to work with?

From a directors standpoint, working with Bill Paxton was really special to me. That’s a hard one to top, especially considering he’s gone too soon.  Other actors?  In the current realm of possibilities, I would adore working with Eden Espinosa.  She and I would chew up a scene together as good as any pair-off I could imagine.  Love that gal!

There have been quite a few over the years.  I’ve supported groups like Family Equality Council, Broadway Cares and LA Gay Men’s Chorus.  Recently, my charitable efforts are focused on organizations that support our veterans.  The cause is closest to my family’s heart.  I have always contributed to our veterans privately, but I’m excited to start lending my creative support more publicly and on social media. I believe in being of service to those who serve.

I’m excited to record my first Christmas album in July!  To follow the process, see behind the scenes, or to support the ongoing creation of my music and music videos, please visit http://www.patreon.com/levikreis.  It’s a really special group of people who are the reason I get to make music!

Uh.  hmmm.  My vitiligo is not limited to my hands and elbows.  Is that secret enough?  LOL