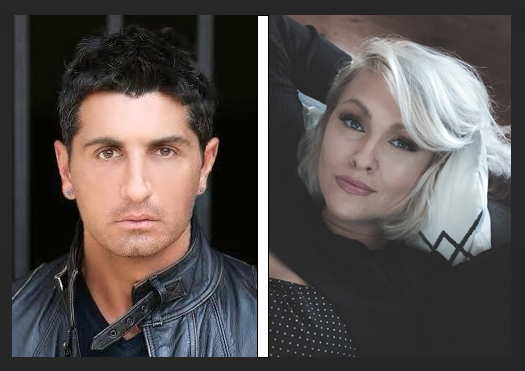 Jenn Lyon seems to have done everything right as an actress in order to land TNT’s popular drama, Claws. After high-school, she attended the University of North Carolina School of the Arts. She created her own work by co-founding the online sketch comedy group POYKPAC, which was featured on IFC, MTV and numerous websites and gave a huge boost to her career. After doing theater for many years, she gained notoriety playing Mackenzie Bradford-Lopez on the sitcom Saint George and as Lindsey Salazar on Justified. Jenn has certainly paid her dues in order to play blonde-bombshell Jennifer Husser on Claws and her popularity is no surprise.

You have had a prolific career both on the stage and on the screen before starring in your current hit show, “Claws.” Tell me about your journey before getting to this point.

I did years of theater, eight shows a week was great training for an actor. Some of my actor friends who I even consider more talented are not lucky to have gotten the break that I did; So, I’m very grateful.

You are also a writer/producer/co-founder of internet sketch group POYKPAC. Tell me about that.

I was one of five original actors; I co-founded, wrote and produced online original content sketch comedy that went viral with videos that have been featured on IFC, MTV, numerous websites and even the Today show.

Every day is different, sometimes I look at the call-sheet and go… 4:30AM? But we have a great team at Claws, from our leader, Niecy Nash down to craft services. Everyone is very nice and we are a great team.

How do you decompress with such a busy schedule?

Sometimes I am so tired after work that my body won’t want to sleep, so I get on the couch and watch a murder show.

My fiancé and I are usually very tired after work, if we go out, we tend to go to a local Jamaican restaurant in Brooklyn then go to the park for a walk.

They are great, I was the only non-famous person when the show started, now I get letters from fans, a lot of them because I have shared about my eating disorder publicly, so they reach out to me to share their stories.

Well, this is an easy one. I am all about women’s reproductive rights, so I work with a charity called AisFor, and it was started by Martha Plimpton and Kellie Overbey as a response to women’s reproductive rights being stripped away. It fights for clinics, Planned Parenthood. The A is for abortion which I strongly believe is a woman’s right. I also like the Time’s Up movement and I volunteer at the Veterans’ Hospital in New York. www.aisfor.org

We wrap shooting Claws tomorrow and I have a film coming out with Ethan Hawke called Blaze.

I have never had a pair of sunglasses that I haven’t lost. Oh, years ago, my friend taught me how to score free umbrellas. You go to the theater, once everyone leaves, there are a lot of umbrellas left behind.

You can visit Jenn Lyon’s website www.jennlyon.net and watch Claws on TNT by checking your local listings.