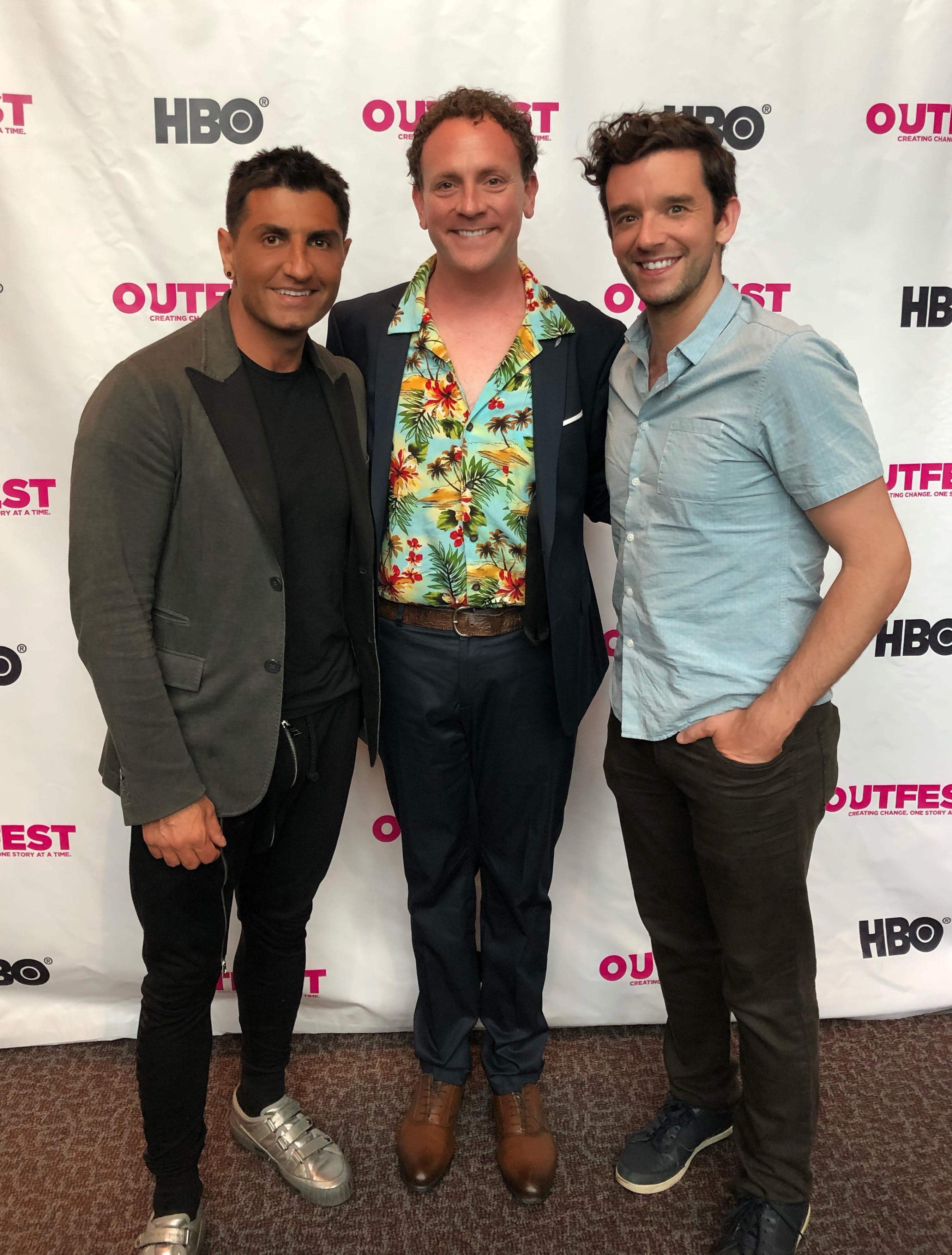 Outfest has truly kicked it up a notch with its diverse lineup of films this year. Comedian, writer and director, Drew Droege’s Bright Colors and Bold Patterns was a perfect pick as it is unique in genre, style and touches on diversity in the queer community.

Droege wrote the script for the stage and successfully toured it in Los Angeles and New York before BroadwayHD brought it to the silver-screen. Bright Colors and Bold Patterns premiered at this year’s Outfest Film Festival. The stage show was director by Ugly Betty’s Michael Urie but its film adaptation was directed by renowned director, David Horn.

Droege’s character, Gerry, a highly opinionated, flamboyant and talkative gay man, arrives in Palm Springs, CA to attend a gay couple’s wedding. However, unlike his colorful character, the couple have noted on the invitations that guests should avoid wearing bright colors or bold patterns at the wedding. Disgruntled, Gerry rants and goes on tirades about gays being forced to adapt to politics of respectability in a heteronormative society. But unlike some films, Droege does not use typical and cliché punch-lines to get cheap laughs from the audience. In fact, the script is very dense and intelligent, without being intellectual. Although Gerry is very pretentious and sometimes judgmental, Droege’s humanity and modesty is evident between the lines. The film played to a full-house at Directors Guild of America’s largest theater and had the audience laughing the entire time.

Outfest runs through Sunday, July 22nd in Los Angeles. For more information about the festival, films, schedule, tickets and how to support the organization, please visit Outfest.org.