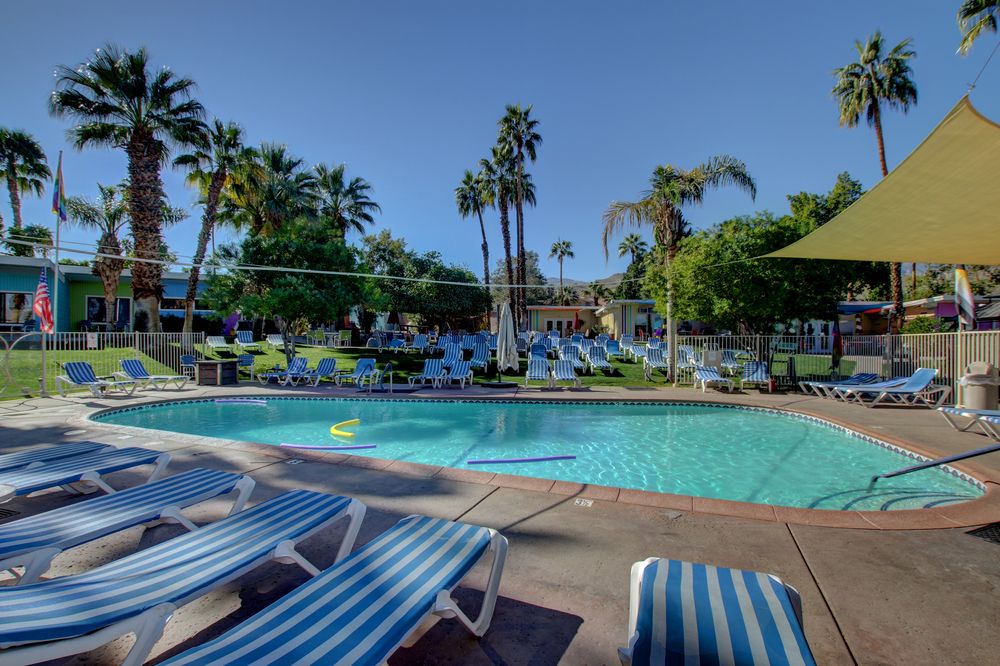 I write my “Standout” feature occasionally when I feel that an individual or organization’s work in the community deserves to be acknowledged, highlighted and praised. Richard Altman, proprietor of CCBC (Cathedral City Boys Club) is an obvious choice. Those of us who know Richard, especially the desert communities of Palm Springs, Cathedral City, and Palm Desert and beyond, are in awe of his legacy of community leadership, unwavering support and championship for the LGBT community.

I was enthralled with Richard the first time I met him about ten years ago. I was working for Frontiers magazine and was asked by my publisher to cover the desert communities and visit all the gay resorts. So I went to Palm Springs for the weekend and started to drop-in all the hotels and attractions. I didn’t know the area well at the time and wasn’t aware how quickly I would fall in love with the desert and its community.

I knew that CCBC was a clothing-optional resort, so I was coy and unsure if I wanted to see the entire property. I planned to drop by the front-office, say hello, drop-off my business card and call it a day. But my plan didn’t work as someone at the reception said, “Wait, Richard will want to meet you.” A few minutes later, an older middle-aged man emerged, gave me a warm greeting and said that he wants to give me a tour of the property. Damn, I was not able to get away and had to graciously accept the offer and walk the property with this seemingly heterosexual man.

So I followed Richard on this tour that would forever change my perception of clothing optional resorts. As we walked the property, Richard proudly exclaimed that CCBC is “gay men’s Disneyland” on 3.5 acres of prime property. In fact, CCBC, a few miles from downtown Palm Springs in the adjacent town of Cathedral City is the largest gay clothing-optional resort in the country. It is a vast and expansive hideaway with beautifully landscaped path and secluded coves, several swimming pools, Jacuzzis, a grotto, a breakfast and coffee lounge, dry sauna and a friendly staff who manage the hotel with military precision.

Richard’s excitement and pride for CCBC was exhilarating as he showed me every corner of the resort, gleefully talking about the amenities, services and special events. I was awed and blown-away that a married heterosexual man with children was so comfortable around so many barely clothed gay men and that his guests’ sexual orientation was a non-issue. It was obvious that Richard’s gratification with the hotel was not merely a matter of business and profit. He genuinely and authentically loved the property and took great pride in showing it to me. In years to come, I would witness a lot more of Richard’s immense support for the LGBT and desert communities at large. 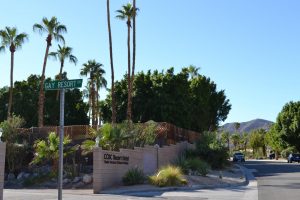 In 2012, Richard called to tell me the new name of the street for CCBC. Richard went to Cathedral City’s City Council meeting to change the name of the street on which CCBC is located. The resort is on a cul de sac and Richard owns it. As the proprietor of the largest clothing-optional gay men’s resort in the country, he wanted a street name to reflect this. Upon encountering some challenges with a city ordinance put in place for city’s fire, police and postal services, Richard turned to the community. He spoke to neighbors, city officials and local businesses, explaining the benefits of the name-change. No one stood up to oppose the name-change at the City Council meeting, so the Council voted to change the street name to Gay Resort Drive.

A few years later, Richard called me again to talk about his new CCBC van. He purchased a dedicated van for the hotel that would take guests to restaurants, bars and clubs so they did not have to worry about driving, especially if they had been drinking. He was always thinking about improving the guest experience and adding to the resort’s comprehensive services and amenities.

Soon after making Palm Springs my second home in 2008, I started to attend various events around the desert communities such as fundraiser galas, charity events, festivals and Pride. I can’t think of an organization, charity or community event for which Richard Altman and/or CCBC was not a sponsor or a donor. Wherever and when there is need for support, Richard is of service, not only with his generous checkbook, but as a leader also.

In 2015, Richard was instrumental in starting the Cathedral City LGBT Days by bringing community leaders to organize and support it, including the desert community’s major publication, Desert Daily Guide, whose publisher, Will Paige, was a major contributor. CCBC has been a “Community Sponsor” of the annual event ever since. The 5th annual LGBT Days will be held from March 29th to March 31st, 2019. For more information, please visit www.cathedralcitylgbtdays.com.

From resort owner to Pride organizer, philanthropist to community leader, Richard Altman’s legacy is inspiring to say the least. He has been a major financial supporter of the LGBT Veterans Memorial, America’s first memorial honoring LGBT veterans. The Memorial was first dedicated at Desert Memorial Park in Cathedral City on May 27, 2001, and Richard has been one of its champions and benefactors. 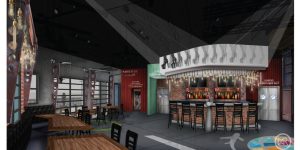 Creating a one-of-a-kind gay men’s Disneyland does not stop Richard from constantly improving the resort and enhancing his guests’ overall experience. So he is building a full service restaurant and bar adjacent to the hotel, called Runway. The venue which is slated to open during Labor Day Weekend will be open to the general public as well as the hotel guests. 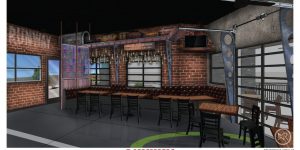 Runway has a chic and modern design and will have an upscale traditional American cuisine with a dedicated entrance for non-hotel guests. In case you were wondering, the restaurant has a Gay Resort Drive address as well.  Richard gave me a tour of the working structure which has a runway suspended from the ceiling and will be lowered to use for live shows and performances. He thinks about every little detail, including one of the desert-staples, drag-shows.

A straight ally is sometimes defined as a heterosexual and cisgender person who supports equal civil rights, gender equality, LGBT social movements, and challenges homophobia, biphobia and transphobia. Richard Altman of CCBC embodies abovementioned qualities and more, as his decades-long track-record speaks for itself. His progressive vision, exceptional leadership, immense generosity, unwavering support and big heart make him standout to me and countless others.

For more information on CCBC, please visit www.ccbcresorthotel.com and for Runway, visit www.runwayccbc.com.