GAY BASHING AND HOMOPHOBIA IN ARMENIA

10% of the world population is LGBT and Armenia is no exception. Let’s stop living in denial and face reality. 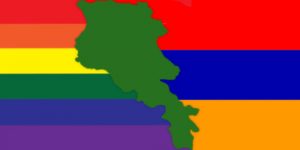 I was just in Armenia and on Grindr, so don’t make me tell my stories as I have many. The silence of majority of Armenians is defeating about the gay-bashing in Armenia on Friday, August 3rd, 2018, including fellow Angelenos. Lip-service from our so-called hetero-allies is no longer cutting it. We are watching to see who has the courage to stand-up and be a true leader.

It pains me to write anything negative about the beautiful motherland I just visited, but this isn’t about me. Nine innocent queer Armenians were savagely beaten by thirty villagers while others watched. Earlier this year, a trans woman was beaten and set on fire inside her apartment. She barely survived after being in intensive care but has permanent damage to her face and body.

They can be your sons & daughters, brothers & sisters, cousins & neighbors. Where is the collective outrage? Will YOU be silent if YOUR child is beaten due to their sexual orientation or gender identity? Is THIS the Armenia we want in international headlines? Do we want our human-rights record to be worse than our hostile neighbors’? Do we want an Armenia that hurls eggs & insults at Elton John while he is there on a humanitarian mission? Who is next? Where is the outrage from Armenians in Hayastan and diaspora? The world is watching, so what are YOU going to do?