Azerbaijan Attacks Armenia Under the Cover of the Global Pandemic

Azerbaijan Attacks Armenia Under the Cover of the Global Pandemic

Despite the ongoing COVID-19 pandemic and UN’s global ceasefire appeal, which Armenia has endorsed, and Azerbaijan refused to sign, Azerbaijan has launched a military offensive against Armenia starting on July 12, deploying tanks, heavy artillery, and drones against civilian and military targets alike.

On July 12th and 13th, Azerbaijani forces attacked Armenia’s northern province of Tavush on multiple occasions, with 4 Azerbaijani soldiers killed and 7 Azerbaijani and Armenian soldiers wounded. According to the Republic of Armenia Ministry of Defense, Azerbaijan’s intermittent cross-border mortar fire continues. While no Armenian civilian casualties have been reported, targets have included Tavush Textile — a factory that produces face coverings used during the COVID-19 pandemic, forcing its closure to ensure the safety of its workers. 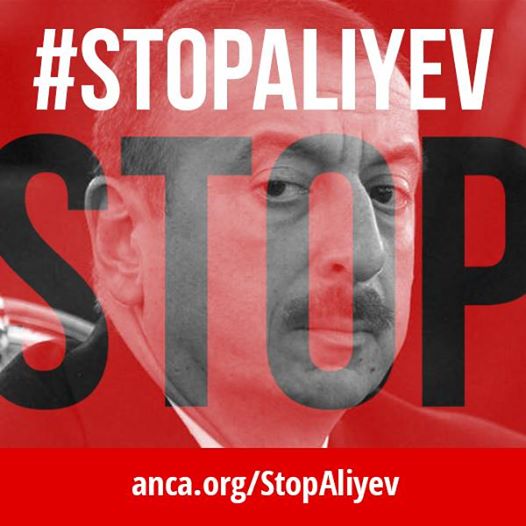 The attack also comes less than two months after Azerbaijan’s Armed Forces held large-scale tactical military exercises from May 18th through 22nd. In the announcement about the exercises, the Azerbaijani army stated, “massive artillery, air, and high-precision weapons will be fired at the enemy’s operational depth,” calling the exercises “offensive” in nature. The Armenian Defense Ministry condemned the exercises noting that they “exacerbate the security environment in the region, under the conditions of a global imperative for joint actions against the COVID-19 pandemic and despite the call for UN Secretary-General Antonio Guterres to establish a global ceasefire.”

The Congressional Armenian Caucus condemned the Azerbaijani military exercises and, in letters to Secretary of State Pompeo and Secretary of Defense Esper, expressed concern about the $100 million allocation in U.S. security assistance to Azerbaijan, noting that “the aid appears to have allowed Azerbaijan to shift resources toward offensive capabilities and further threaten Armenian lives and regional stability.”

Unfortunately, Azerbaijani sniper attacks on Armenia’s Tavush region are an ongoing occurrence, leading to multiple casualties and injuries of both Armenian civilians and military personnel. On March 30th, a 14-year-old child in the Tavush village of Voskevan and 2 Armenian soldiers were injured as a result of Azerbaijani fire. On May 13th, civilians in the Tavush village of Berkaber were the target of large caliber weapons, leading to damage to homes, but no injuries.

The Azerbaijani military has also been using civilians as human shields, placing artillery close to the village of Dondar Gushchu in the Tovuz district about six miles from the border. Additionally, Azerbaijan has launched cyberattacks on Armenian government websites.

Demonstrations have erupted in Baku with thousands of Azerbaijanis calling for war against Armenia. Protestors can be heard chanting, “End the quarantine, start the war. Order us to (go to) war. Allahu Akbar.”

Turkey, which has close ethnic and cultural ties with Azerbaijan, has voiced unconditional support to Baku in the conflict, with the country’s Foreign Minister declaring, “the Republic of Turkey and the Turkish people are with Azerbaijan with all our capabilities.”

Congressional condemnation of Azerbaijan’s latest attack against Armenia continued to grow, as reports emerged from the region of more than 15 casualties during the worst cease-fire violation since the April, 2016 Azerbaijani incursion against the Republic of Artsakh (Nagorno Karabakh), reported the Armenian National Committee of America (ANCA).

“Azerbaijan is once again attempting to start a war with Armenia,” said Congressional Armenian Caucus Co-Chair Frank Pallone (D-NJ). “Azerbaijan’s constant use of caustic rhetoric aimed at Armenia and Artsakh are part of a concerted effort to provoke another conflict.”

Senator Ed Markey (D-MA) shared his support for Armenia’s right to territorial integrity and Artsakh’s calls for self-determination. “I stand with Armenia as they protect their territorial integrity. Azerbaijan and Turkey must respect the Armenian/Azeri border, respect the aspirations of the Armenian people of Nagorno Karabakh, and should de-escalate this conflict immediately,” stated Sen. Markey.

Central California Congressman TJ Cox (D-CA) noted “Azerbaijan’s recent attack on the region of Tavush, Armenia is a violation of the ceasefire agreement between the nations, as well because of Azerbaijan’s refusal to allow international monitoring of their borders. The US must take a firm stance in condemning this threat to peace.” Rep. Cox cited his support for an amendment to the National Defense Authorization Act, led by Rep. Brad Sherman (D-CA), that would prohibit funds from being used to send defense articles or services to Azerbaijan.

Senior House Foreign Affairs Committee Member Brad Sherman (D-CA) noted, “I am very concerned by Azerbaijan’s provocations along the Armenian border. Such actions put the lives of soldiers and civilians at risk. Unfortunately, these actions do not come as a surprise given Azerbaijan’s increasingly bellicose rhetoric towards Armenia & Artsakh.”

House Select Committee on Intelligence Chair Adam Schiff (D-CA) was the first U.S. House member to condemn Azerbaijan’s attack. “I am very concerned by the recent provocative and destabilizing actions taken by Azerbaijan in recent days along the Armenian border, including the shelling of Armenian soldiers,” stated Rep. Schiff. “These acts risk the lives of soldiers and civilians and raise the danger of a spiraling conflict that could be devastating to the region, particularly in the midst of a global pandemic. These actions must also be viewed in context of Azerbaijan’s consistently bellicose rhetoric towards Armenia and Artsakh, and its refusal to allow international monitoring of their borders. I urge the State Department to make clear to all parties the need for restraint and diplomacy, and reduced tensions,” concluded Rep. Schiff.

“The ANCA welcomes these powerful Congressional condemnations of Azerbaijan’s attack,” said ANCA Executive Director Aram Hamparian, “We thank each of these Senate and House leaders and look forward to supporting legislative opportunities in the coming days and weeks to more forcefully challenge Baku’s escalating aggression.”

The Armenian National Committee of America – Western Region is the largest and most influential nonpartisan Armenian-American grassroots advocacy organization in the Western United States. Working in coordination with a network of offices, chapters, and supporters throughout the Western United States and affiliated organizations around the country, the ANCA-WR advances the concerns of the Armenian-American community on a broad range of issues in pursuit of the Armenian Cause.