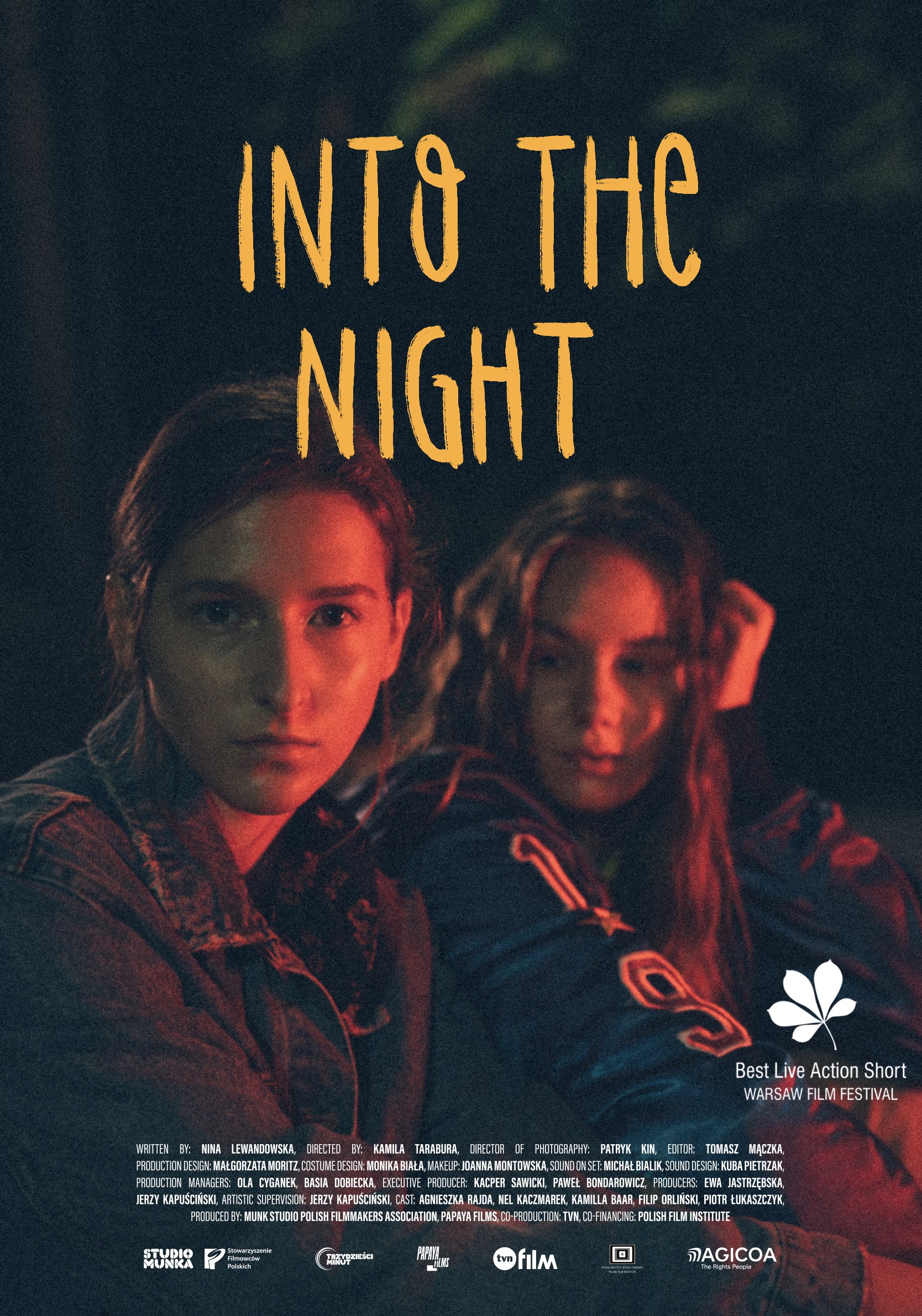 Krysia ( Agnieszka Rajda) a teenage girl, leaves her home for the first time in weeks after her mother arranges for her to go to a schoolmate birthday party. She agrees to go reluctantly to appease her mother, knowing that she was not personally invited.

She arrives at the party and immediately witnesses another schoolmate, Majka (Nel Kaczmarek) make a scene and ditch storm out of the house. So, she follows Majka who seems to be another misfit like her. The two girls don’t seem to be close but the commonality of being outsiders. Krysia is a tomboy who might be a lesbian or bisexual while Majka is sexually fluid, flirtatious, and an attention seeker. Together, they spend the rest of the day into the night to explore the town and their sexuality.

Written by Nina Lewandowska and directed by Kamila Tarabura, Into the Night is a very real and authentic representation of a teenager’s life. In 25 minutes, the filmmakers manage to explore and analyze various issues that affect teenage girls’ daily life no matter what country they are from. The plot is dense but carefully crafted to dig deeper into the girls’ psyche and delve into their sexuality, lesbian attraction, and the reasons for their rebellion.

Besides being an exceptionally good short film, the two lead actors’ performances are very impressive. Both Agnieszka Rajda and Nel Kaczmarek give award-worthy performances-real, natural, and devoid of the dated ‘method acting.’ Their performances are subtle, their characters believable, and not at all forced. Rajda’s perfectly ‘in the moment’ acting reminded me of the young Hilary Swank.

The film won the ‘Best Short’ award in the International Short Competition category at the 2020 Warsaw International Film Festival and it is now being considered for an Academy Award nomination.

Kamila Tarabura graduated from the Warsaw Film School and The Wajda School. Her short film debut Into the Night won the “Best Short Live-Action Film Award” at the 36th annual Warsaw International Film Festival, making it eligible for Academy Award consideration. Currently, she is developing her first feature film. She is also working with Nina Lewandowska, the writer of Into the Night, on an original coming of age drama series. Kamila gained her film experience by making short fictional films, commercials, and music videos, as well as through her work as an assistant director, which includes the TV series Krew z krwi (Penoza) by Jan Komasa and the film High Life by Claire Denis. She is interested in themes of family and specifically, the mother-daughter relationship. Her cinematic storytelling focuses on the observation of human nature with a keen eye for unique characters and stories.

Please visit the film’s website for more information and watch the trailer below.

Croatia Earthquake: How You Can Help Column: script.kitchen With Jeff Kitchen