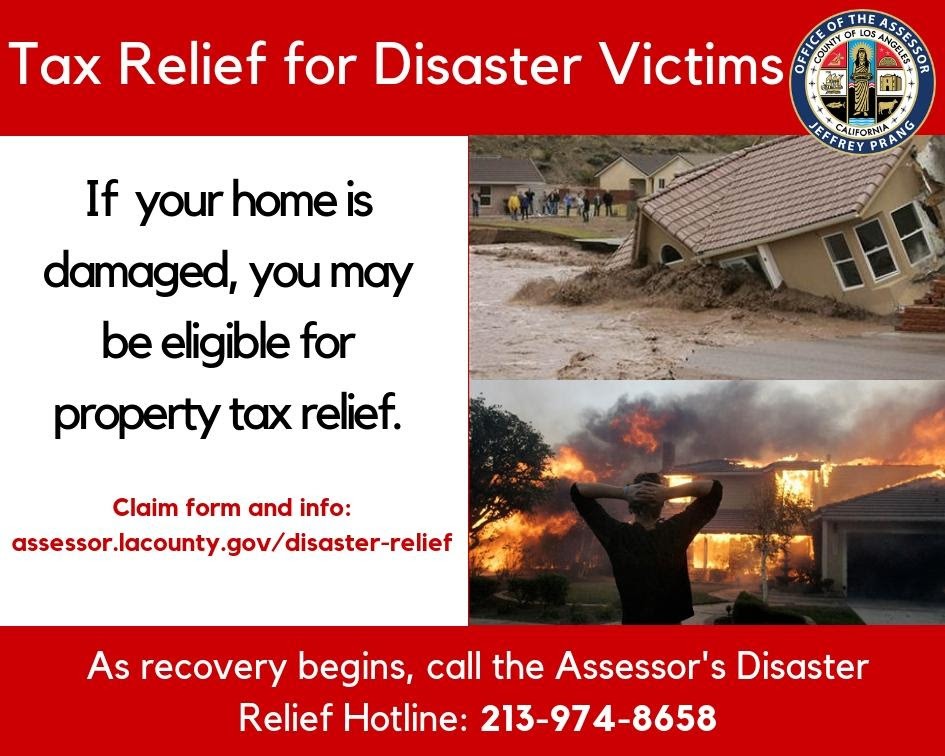 The Office of LA County Assessor Jeff Prang has opened a mobile office at the Local Assistance Center located at the Sylmar Recreation Center in response to those who lost their property or have suffered damage as a result of the recent Saddle Ridge Fire.

Assessor staff will be on hand at the Local Assistance Center, 13109 Borden Ave., Sylmar, CA, 91342, to assist property owners and the general public on our property tax relief programs and help them file their Application for Reassessment- Misfortune and Calamity. The Center will be in open daily until October 26.

Home and business owners who suffer property damage of $10,000 or more may be eligible for tax relief which remains in place until properties are repaired or rebuilt. Please be advised that the application must be filed with the Assessor’s office within 12 months of the fire, flood or earthquake or any other natural disaster.

“My dedicated staff will be aggressively surveying damage in the affected communities over the next several days,” Assessor Prang said. “I encourage you to visit the Local Assistance Center in Sylmar now where my staff will be able to help you fill out the claim form and begin the process toward saving money on your tax bill. I know that this may not be a huge amount of savings but I’ve always believed that every little bit helps and this will most certainly help.

Home and business owners who suffer property damage of $10,000 or more may be eligible for tax relief at any time. Claims must be filed with the county assessor within 12 months of a fire, flood or earthquake or any other natural disaster.

The Saddle Ridge Fire has destroyed about 19 structures, damaged about 88 and at one time threatened 17,627. The fire covered 8,391 acres. There has been one reported fatality.

Meanwhile, the LA County Assessor’s office has approved over $3 million in tax relief for last year’s Woolsey Fire by way of refunds and adjustments to the 2018/19 bills for 1,328 homes and businesses. Of those, 797 were destroyed. Tax relief stays in effect until rebuilding is complete. 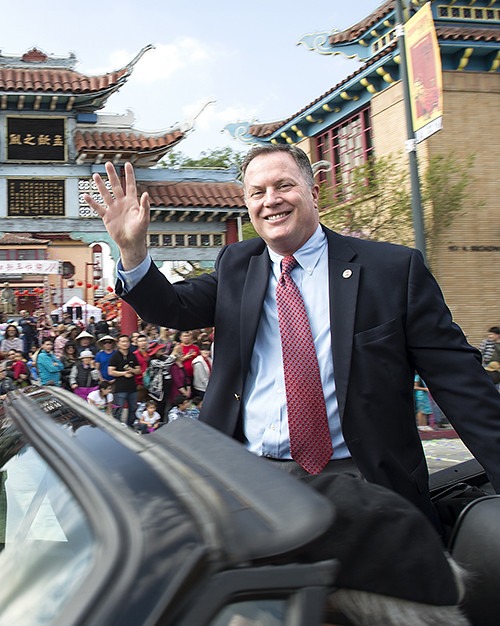 On December 1, 2014, Jeffrey Prang was sworn in as the 27th Assessor for the County of Los Angeles. Mr. Prang was elected to serve a four-year term.

Born in Detroit and raised in Warren, Michigan, Assessor Jeffrey Prang is a graduate of James Madison College at Michigan State University with a B.A. in International Relations, where he played the trombone in the Michigan State Marching Band. In 2004, Mr. Prang completed the Program for Senior Executives in Local and State Government at the John F. Kennedy School of Government at Harvard University.

Professionally, Jeffrey Prang is a State Board of Equalization licensed appraiser, an Executive Committee member of the California Assessors’ Association (CAA), and an active member of the International Association of Assessing Officers (IAAO) and the Society of Auditor-Appraisers (SAA). Before his election as Assessor, Jeff Prang served as a member of the Executive Staff in the Los Angeles County Office of the Assessor.