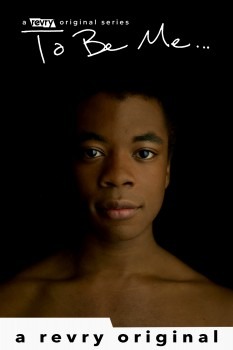 Revry Network’s original series, ‘To Be Me‘, is the only POC Trans leading show that made the cut for the top 30 Emmy Nom Considerations for Outstanding Short Drama or Comedy.  It is the only show in consideration targeting gender identity specifically.

‘To Be Me’ will be screening at Outfest Los Angeles LGBTQ Film Festival, on Sunday, July 21st at the TCL Chinese 6 Theatres. The festival runs from Thursday, July 18th, through Sunday, July 28th.

To Be Me is the latest Revry Original series added to Revry’s Pride Month slate. It is a scripted drama in the form of a queer digital series telling the story of a young, mid-western African American who struggles with their gender identity. Played by Kate Rose Wilburn, a non-binary trans female, along with Emmy award winning actor Kim Estes as their father, and transgender model Corey Rae as their best friend, To Be Me sheds light on the under supported subject of gender identity.

Amanda Dash and Daan Jansen, both producers on ABC’s The Bachelor, joined forces to create this series when it dawned on them that positive and realistic representation for the LGBTQI+ community in the media was few and far between. They wanted to cast an unknown, real trans female to then build the narrative show around her story.  This is a unique process, using their casting style (a real person) but now putting them in a fictional show.

Dash, who served as a producer and writer on To Be Me, said, “I’ve been lucky enough to live in cities that are widely accepting compared to other parts of the world, yet there are still instances where I witness others dehumanizing my friends, and it breaks my heart every time.” She went on to say, “As a TV producer in today’s society, I feel it’s not only my duty to cover the subjects that aren’t shown enough in mainstream media, but to tell stories that truly reflect the lives of my friends.”

Jansen, who directed and co-wrote the series, echoed those sentiments and stated, “It frustrates me that people who are transgender or struggling with their gender identity, do not receive that love and support and have to live their lives in fear. During our research, I met so many amazing people that inspired me to do anything and everything I can to make sure that their stories are being told. All humans, no matter who they are, deserve love and support to be their true selves.”

To Be Me is campaigning for the Outstanding Short Form Comedy or Drama and the Outstanding Actor In A Short Form Comedy or Drama for Kim Estes. This is the fourth year ever of all short form categories. To everyone involved with To Be Me, the short form category represents emerging creatives. It represents the work of those who may not have the support of a huge studio or multi-million dollar platform. Everyone involved with To Be Me voluntarily committed their time to create this story because of the passion they all had for the project.

Queer owned and operated, Revry was founded to showcase the works that our community wants to see and to highlight stories that are still being overlooked by the mainstream. We’re looking to the future of queer entertainment and we invite you to join us!

Revry is the first queer global streaming network, available in over 50 million homes in over one-hundred countries, with a uniquely curated selection of LGBTQ+ film, series, and originals along with the world’s largest queer libraries of groundbreaking podcasts, albums and music videos. Revry is available worldwide. Headquartered in Los Angeles, Revry is led by an inclusive team of queer, multi-ethnic and allied partners who bring decades of experience in the fields of tech, digital media, and LGBTQ+ advocacy.

Founded by UCLA students in 1982, Outfest is the leading organization that promotes LGBTQ equality by creating, sharing and protecting LGBTQ stories on the screen. Outfest builds community by connecting diverse populations to discover, discuss and celebrate stories of LGBTQ lives. Over the past three decades Outfest has showcased thousands of films from around the world, educated and mentored hundreds of emerging filmmakers and protected more than 20,000 LGBTQ films and videos. Outfest is a 501(c)(3) nonprofit organization.