I am often fascinated by new technology, especially those I have to try hard to understand. It took me a while to fully comprehend blockchain technology, cryptocurrency and the meaning of wiki based. I am even more fascinated by those whose strengths are different than mine, such as scientists, techies and engineers.

So I wanted to interview and feature Navin Vethanyagam, the new Chief Community Office at Everipedia. Navin is one of the key figures of this Santa Monica, CA based company that is revolutionizing the wiki programs.

Everipedia is best known for its online encyclopedia, Everipedia, which uses blockchain technology to reward users with cryptocurrency. These users curate and submit content to its database (the Everipedia Network) and get rewarded in the form of IQ tokens that can be exchanged for local currency at a cryptocurrency exchange.

Everipedia’s encyclopedia is recognized as the largest English online encyclopedia, with over six-million articles, including all articles from the English Wikipedia. It has been labeled as a ‘ fork’ and ‘ expansion pack’ to Wikipedia, as it provides a significantly larger range of articles than the English Wikipedia. This is due to Everipedia’s lower threshold for notability and emphasis on inclusive criteria.

Everipedia’s IQ Network is the world’s first Encyclopedia that allows anyone to become a stakeholder in the system and earn rank, rewards & tokens for curating content.

Mahbod Moghadam, a legend in his own right, Co-Founder of Genius and Everipedia and former Chief Community Officer of Everipedia, calls Navin Vethanyagam a “genius” and “truly the best.” So I was eager to learn more about the company, the technology and pick Navin’s vastly knowledgeable brain.

What is your background in general-upbringing, family, etc…, as well as education and experience before joining Everipedia in 2016?

All the cool stuff is on my Everipedia, I was born and raised in Ottawa, Ontario, Canada. I studied at the Ivey Business School at the University of Western Ontario, graduating in 2018 with a Bachelor of Arts in Honors Business Administration (HBA). Growing up, I have always been passionate about reading the news, Wikipedia, and of course Genius. Everipedia was a natural fit for me since I would often spend hours reading Wikipedia page after Wikipedia page after I fell into the rabbit hole, however when I tried to edit Wikipedia’s system was archaic and hard to use.

My family is originally from Sri Lanka but left during the 1980’s around the time of the Sri Lankan Civil War. My parents went through a lot leaving behind the strife and Sri Lanka, having to move to multiple countries. My mother lived in Singapore and studied in England before settling in Canada. My dad had to live in Zimbabwe and Zambia before moving to Canada. Throughout it all they worked hard both completed master degrees and did well in their careers providing me and my sister with every opportunity for success. While working so hard they also spent a lot of time with us, if they weren’t working they were spending quality time with us or doing stuff around the house. My parents are definitely my greatest inspiration. Their character, work ethic, and caring nature is unmatched.

“I am always here for you, Everipedia family”

What is your current role/title at Everipedia? Is this a new role for you?

I recently became the Chief Community Officer, basically I look out for the Everipedia family and make sure all of our editors and potential editors have the support they need. It is kind of like being a parent: I am always here for you, Everipedia family!

What is Everipedia, and how is it different from some of its predecessors?

Everipedia was originally founded as the encyclopedia of everything an encyclopedia where people can make pages for everyone and everything. With Wikipedia there is a notability standard where only people who have been covered by the mainstream press can have a Wikipedia page. At Everipedia we believe that everyone is notable and should have a page. We also founded the company as a much more modern version of Wikipedia which would always improve and add new features unlike Wikipedia which looks like a relic. In 2018, we moved on to the EOS blockchain to further improve the experience for our editors. By moving on to the blockchain we were able to further democratize the editing experience by allowing editors to vote on edits using our cryptocurrency the IQ token and earn IQ for their work as editors.

Everipedia is referred to as WiKi based. What does that mean?

Everipedia is a wiki meaning that it is a collaborative knowledge project where anyone can edit and add information. The goal of wikis is to make knowledge and the curation of knowledge more accessible. In the past only those in the media or the publishing industry could distribute knowledge to the masses. Wikipedia allowed users to edit information and share it more easily. With Everipedia we are taking it to the next level making it easier and more accessible to edit. In addition to making it easier we are making it more inclusive. Many people cannot afford to spend hours editing for free on Wikipedia without any reward. Everipedia is more inclusive because people can earn IQ by editing, this makes it more accessible to lower income individuals.

Everipedia uses blockchain technology to reward users with cryptocurrency. What does that mean for those who are not yet familiar?

From the beginning our focus has been on making editing Everipedia inclusive, accessible, and fun. By building on the EOS blockchain and creating our own cryptocurrency, the IQ token, we have been able to greatly improve the user experience. Everipedia users vote on edits or propose edits by staking their IQ (locking them up for a period of time). If the edit is accepted the editor and the voters who voted to approve the edit receive an IQ reward along with their staked tokens back. If an edit has false information or removes good information Everipedia users can vote against it. If there are more downvotes than upvotes the edit will be rejected. The editor and those who voted in favor of the bad edit will be penalized by receiving no reward and having their IQ locked up for a longer time. Our use of the IQ makes it expensive for people to make harmful edits but also rewards the people who make good edits and bring value to the Everipedia community. 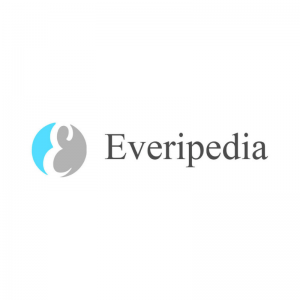 What are your personal objectives within the bigger Everipedia network?

What excites me about Everipedia is its ability to bring knowledge and the curation of knowledge to a broader audience. I believe that every person, every business, and every concept should be able to have their own encyclopedia entry. I am proud of how we have democratized knowledge by allowing users to vote on edits giving everyone a say unlike Wikipedia, Genius, and other knowledge projects which have to use a bureaucracy with layers of moderators to make decisions.

How does Everipedia benefit its subjects/users?

Everipedia benefits people in many different ways. For editors they can earn cryptocurrency and learn more about how cryptocurrency works by engaging with site and trying out blockchain technology. They can also make pages for anything they want giving them more freedom. Editing Everipedia is a lot of fun with the whole voting system it often feels like playing a videogame.

Making Everipedia page for yourself or your business is a great way to promoted yourself and reach people. With Everipedia you can really tell your story and have your community of customers, friends, and employees edit it, making it much more trustworthy than a simple website or even a review site which only has the views of customers.

What advice would you give to young entrepreneurs starting out their career in tech or otherwise?

Are there any major expansions, innovations and/or improvements in 2019 that you can share?

Our technical team is working towards a full redesign of the Everipedia website. Right now, our website is the one of the best sites in crypto but after the redesign it will be the best site in all of crypto possibly even the entire Internet. We are also launching Prediqt the first prediction market on EOS in June! You will be able to bet on anything with cryptocurrency. You can bet on sports, politics, financial markets, and other happenings. Prediqt will help us reach our goal of creating a knowledge economy. Everipedia is a decentralized application where people come together make encyclopedia pages, as more people make edits the pages become more accurate. Prediqt is a decentralized prediction market where people come together to make predictions, as more people make predictions the prediction market becomes more accurate.

What would you want readers to do once they read this article?

Get involved in the Everipedia community and reach out! Make a page for something you are passionate about be it sports, science, politics, or really anything! You can sign up with Facebook or Twitter; it only takes two seconds! Make sure to follow us on Twitter, join our Telegram group, or our Facebook group.

Vic you asked a lot of great questions, I don’t have anything more to add. But for the readers if you have any knowledge to add put it on Everipedia so you can earn some IQ!

How can the public get in touch with you?

WHY DO WE CARE ABOUT THE ARMENIAN GENOCIDE AFTER 104 YEARS? TIME TO GO SOLAR IS NOW, BEFORE THIRTY PERCENT GOVERNMENT TAX CREDIT IS OVER