WHY DO WE CARE ABOUT THE ARMENIAN GENOCIDE AFTER 104 YEARS? 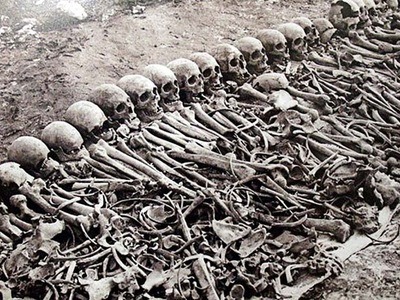 WHY DO WE CARE ABOUT THE ARMENIAN GENOCIDE AFTER 104 YEARS?
By Vic Gerami

Imagine if you came home to find that your neighbor whom you thought you knew and trusted had broken into your house, raped your wife and children, killed them, taken over your assets and belongings, claimed your house as his own, only to deny he did anything when the authorities arrived. 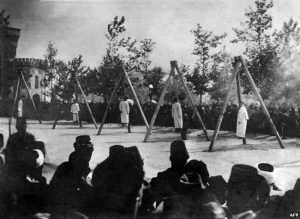 Imagine if he managed to possess your house and lock you out, blaming you for what happened and claim that he owned it all along. Imagine if he continued his assault by continuing to deny his crime and started a campaign to re-write history, distorting the facts of the massacre.

Imagine if the world knew exactly what he did but he had a gag-order on the United States, blackmailing it to never recognize it properly.

Imagine the pain, sorrow and PTSD you would endure throughout your life, passing it to your new wife, children and grandchildren. 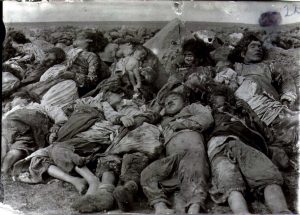 THIS is the ARMENIAN GENOCIDE and THIS is why Armenians scattered throughout the world continue to be haunted by the ghosts of their ancestors. The Turkish government attempted to exterminate its Christian Armenian subjects in a premeditated, brutal and systematic fashion, killing 1.5 million out of 2 million innocent people living in their own ancestral homeland between 1915 and 1923.

Every President since Ronald Reagan in 1981 has sought to placate Turkey through the use of euphemisms and refused to utter the word Genocide. The Armenian Genocide is recognized by 49 US states and more than a dozen NATO allies. In fact, it is illegal in Switzerland and France to deny the Armenian Genocide.

This Wednesday, April 24th, 2019, is the 104th anniversary of the Armenian Genocide. I don’t expect President Trump to recognize it respectfully by calling it what it is: GENOCIDE