The Brilliant Darkness! Vietnam’s Critically Acclaimed Feature Film is Going For the Gold

Female Writer/Producer Challenges Great Sin in Vietnamese Society by Shedding Light on the Country’s Systemic Problem of Domestic Violence in “The Brilliant Darkness!”

The independent feature film by husband and wife producing team Aaron Toronto and Nha Uyen is now setting its sights on a worldwide audience as an official submission of the 80th Golden Globes, vying for a nomination in the Best Motion Picture, Non-English category, in addition to debuting to U.S. streaming audiences beginning December 9. 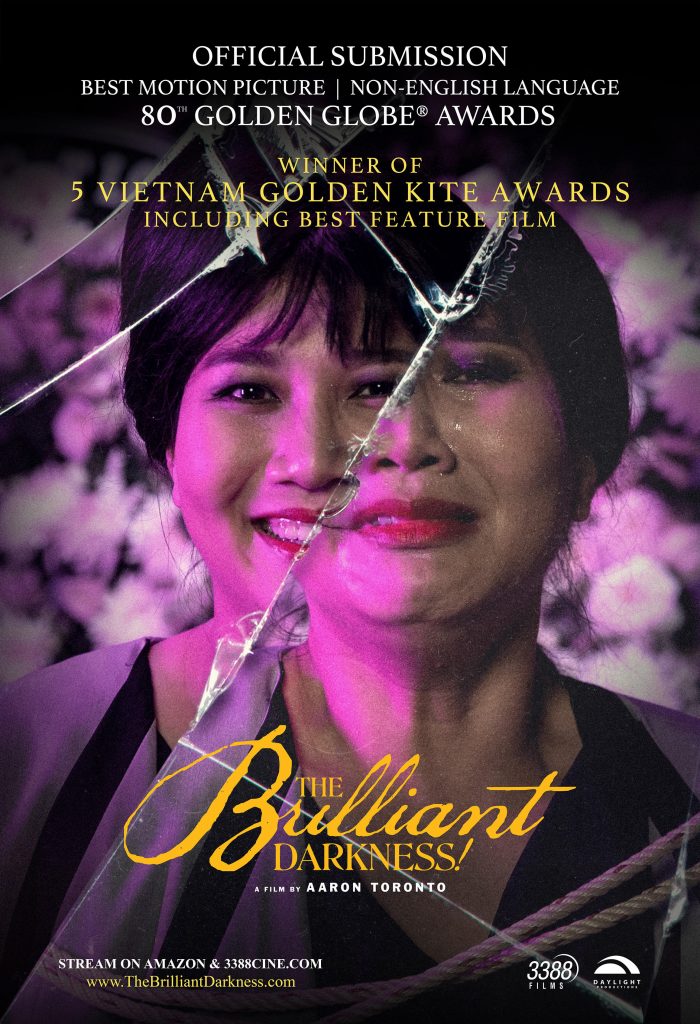 “‘Filial piety’ is ponderously important in Asian culture, and one must be completely obedient to their parents to be considered worthy to be human. It is so extreme that even if you openly reveal that your parents have wronged you, or that your parents have done something bad, you are considered disobedient to them. Because you dared to shame them, you dared to make them feel disgraced in front of others. That is a great sin in Vietnamese society,” comments Nha Uyen.

The Brilliant Darkness!, written by the couple, is also Nha Uyen’s feature film debut as lead actress. The film is directed by Toronto, an American with near native Vietnamese language skills who has worked in Vietnam as a director, writer, producer, and actor for the past 18 years.

Widely praised as the most authentic Vietnamese film of 2022, the story takes us into the last night of a funeral where grandfather has died leaving the family a fortune, but they soon find out their father has not only lost their entire inheritance gambling, but he’s deeply in debt. As they suffer through their crucible, the family’s demons surface.

Nha Uyen explains, “Vietnamese people do have PTSD, but as in many Asian cultures they tend to hide their pain inside them and unleash it on those closest to them, their family. And it becomes a vicious cycle of generational violence. After many years people justify physical and emotional violence with the idiom, ‘Spare the rod, spoil the child’. Our film states openly and forcefully that parents hitting their children is wrong, even depraved.” 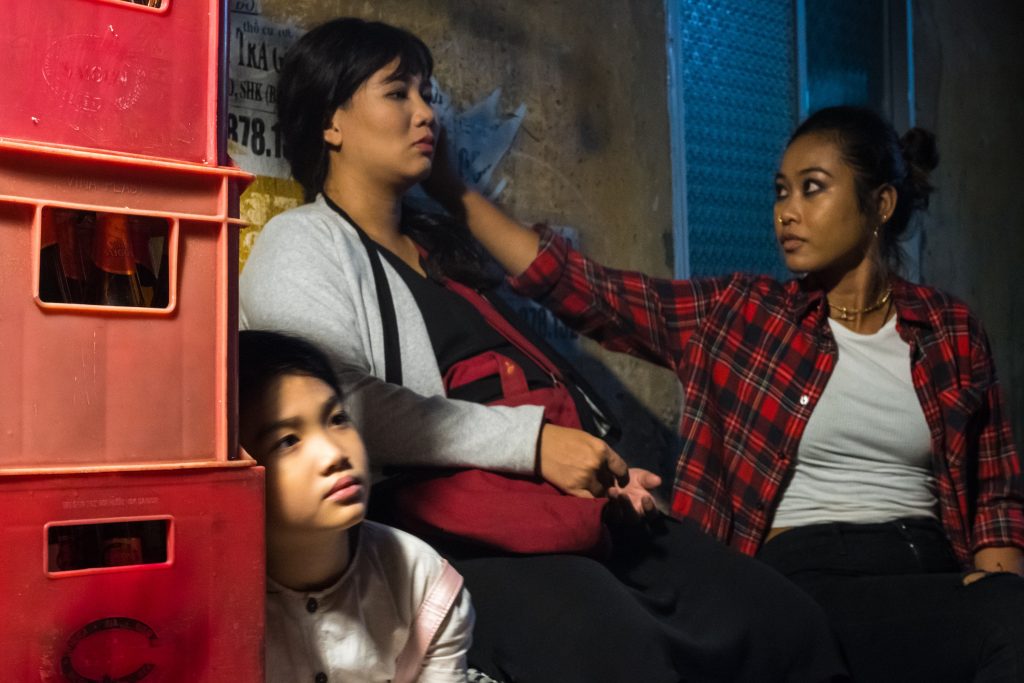 Toronto adds, “My wife and I wanted desperately to tell a story that would begin a discussion of how deep and terrible this problem is. Nha Uyen, who wrote the film with me and plays the lead role, has gone through abuse herself, and in large part is the inspiration for many of the characters and events in the film. Simply playing the lead role…has helped her work through some of the terrible demons inside her that still haunt her to this day.”

“It’s a deeply affecting film that leaves an unerasable impression of the long-lasting emotional and mental trauma caused by domestic abuse. It shakes and reminds us of the importance of not allowing the vicious cycle to perpetuate,” says Thien A. Pham of 3388 Films, the exclusive North America distributor of The Brilliant Darkness! “We’re proud to bring this pivotal film to a wider global audience and to be part of impactful solutions in changing the perceptions of domestic abuse, especially within Asian communities.”

The Brilliant Darkness! stars Nha Uyen, Kien An, Kim B, Xuan Trang, Diem Phuong, is directed by Aaron Toronto, produced by DayLight Productions, with a US release by 3388 Films. The film will be available on digital, including Amazon Prime Video, starting Friday, December 9, 2022.

3388 Films is a production, post-production, and distribution company with proven experience in more than 20 different markets & languages and specialized in Asian and Southeast Asian media and film content. We are champions of underrepresented and underserved independent and international content creators. Our mission is to create with intention and to connect diverse media & film content to global audiences. Recent US distribution projects include Bố Già (Dad, I’m Sorry) the first Vietnam film to cross $1M at the U.S. box office, and the epic action fantasy Tam Cam: The Untold Story, directed by Veronica Ngo, whose credits include roles in Star Wars: The Last Jedi and The Old Guard with Charlize Theron. Our independently produced thriller/horror film Actress Wanted was included on the 2021 watchlist of “10 of the highest ranked horror films on Amazon Prime Video, according to IMDb.”